A Self-Driving Car Test Will Soon Cross the U.S.-Canadian Border for the First Time

Continental and Magna are organizing the cross-border test. 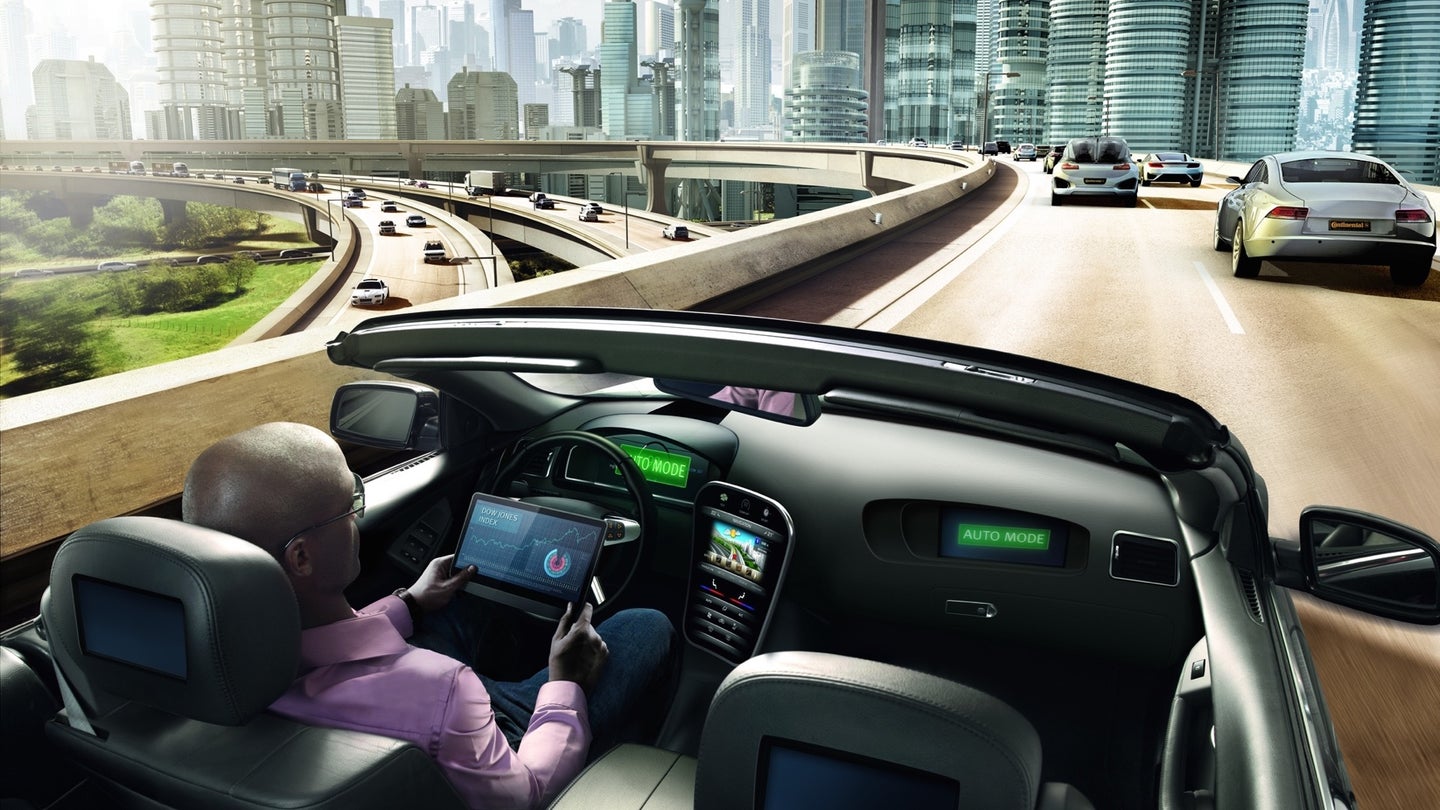 Self-driving cars have achieved several notable milestones in on-road testing, but there's one thing testers still haven't tried: crossing an international border. Suppliers Continental and Magna hope to change that with a planned autonomous car test that will take two vehicles from Michigan to Ontario. Actual border crossings via the Detroit-Windsor Tunnel and Blue Water Bridge may be made autonomously, according to Engadget.

The test will be more about regulations than about technology. It will explore how self-driving cars can adapt to changing rules in different jurisdictions. It also highlights the challenge of international coordination when it comes to self-driving car regulations. U.S. and Canadian citizens routinely cross the border between Detroit and Windsor, Ontario, today, and legislators will have to craft rules that allow self-driving cars to do the same.

Differing rules in different areas is already an issue within the U.S. In the absence of federal regulations, several states have drafted their own autonomous car regulations. This not only helps states prepare for the predicted future of self-driving cars, but allows them to attract companies looking for a legally-protected place to test their vehicles.

A federal framework may be in the process of forming, however. A package of self-driving car rules is steadily making its way through the U.S. House of Representatives. This bill would attempt to speed up development of self-driving cars by granting companies building prototype autonomous vehicles a large number of exemptions to certain safety rules. It would also prevent states from setting their own rules.

Even if the federal government can enact a cohesive set of self-driving cars in today's acrimonious political climate, it may still have to coordinate with the governments of Canada and Mexico so that future autonomous cars don't get stopped at the border. Regulations may wind up being as much of a challenge to the mass adoption of self-driving cars as developing the technology itself.