It’s 700 times cheaper than the real thing but still has scissor doors and an infotainment system. 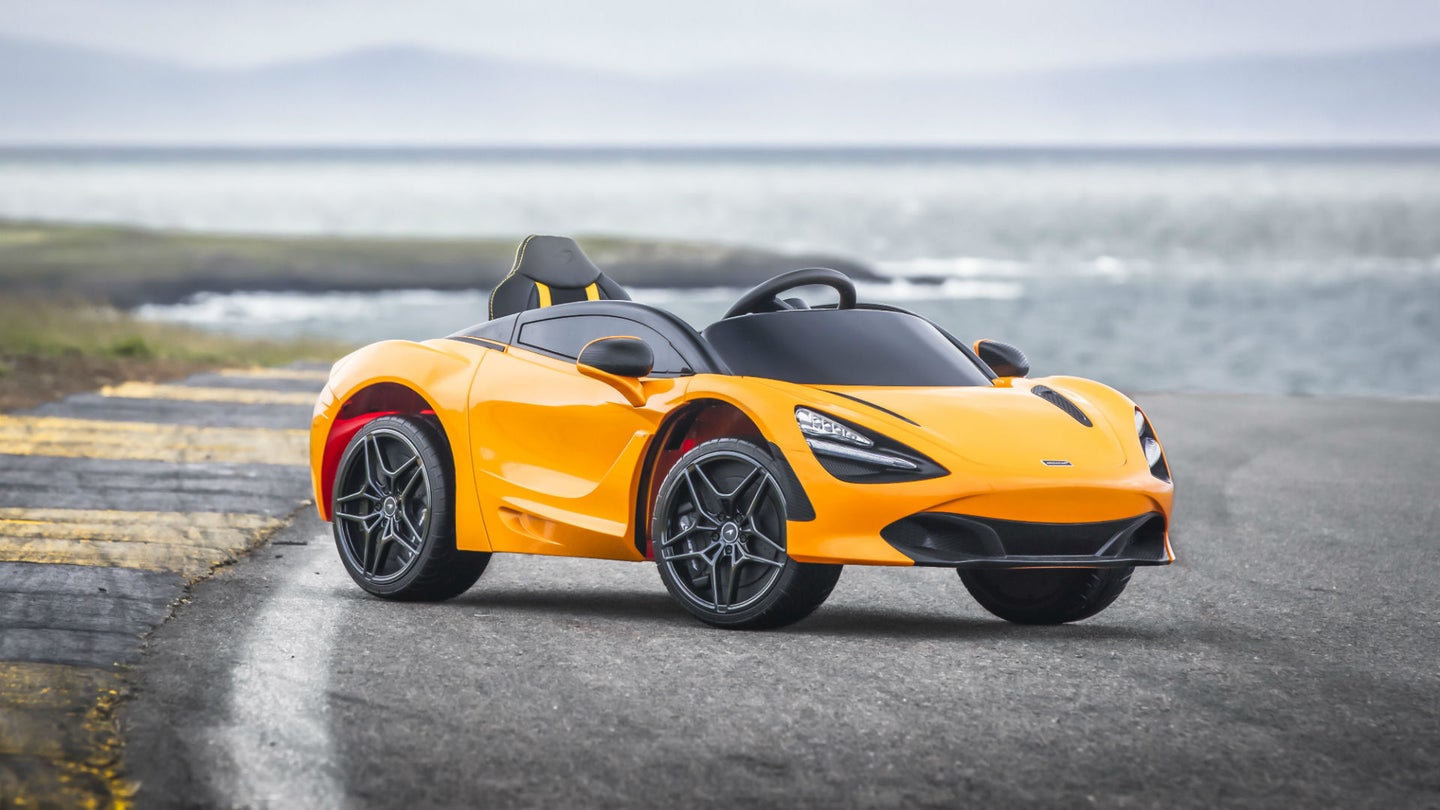 Normally, owning a McLaren 720S is nothing but a pipe dream for most of us supercar fanatics, especially those confined to spend their pocketed lunch money on bedroom wall posters and Hot Wheels models if they want to gaze upon Woking's Super Series performance car. Luckily, however, McLaren hears our cries and is coming out with a much more affordable variant so that supercar fans of all ages can call a 720S their own.

The newly announced McLaren 720S Ride-On toy is aimed at supercar enthusiasts aged three to six years old and retails for just $400. The target customer may not be old enough to grasp multiplication for another few years, but even they can understand how much cheaper this edition is than the real Macca. The Ride-On replaces the stock 720S's twin-turbocharged, 700-plus horsepower V8 with a fully-electric motor, saving money both up front and on gas.

A top speed isn't given, but your child most likely won't get this shiny new McLaren impounded the first time they put their foot to the floor. Even so, parents can keep their kids’ pedal off the metal with the remote-control feature, which allows guardians to take the wheel whenever they want for an added degree of supervision.

The 720S Ride-On is surprisingly detailed for what it is, featuring accurate design cues from the fully leaded 720S down to its signature dihedral (scissor) doors. The cockpit is just as well-thought-out, sporting accelerator and brake pedals, a gauge cluster, and infotainment system. Drivers can even listen to music or watch a movie on the infotainment display, although we at The Drive don't recommend letting them develop the latter habit 10 years before they can even operate a real motor vehicle.

The McLaren 720S Ride-On is available to order right now and is guaranteed to make your child the coolest kid at the nursery.