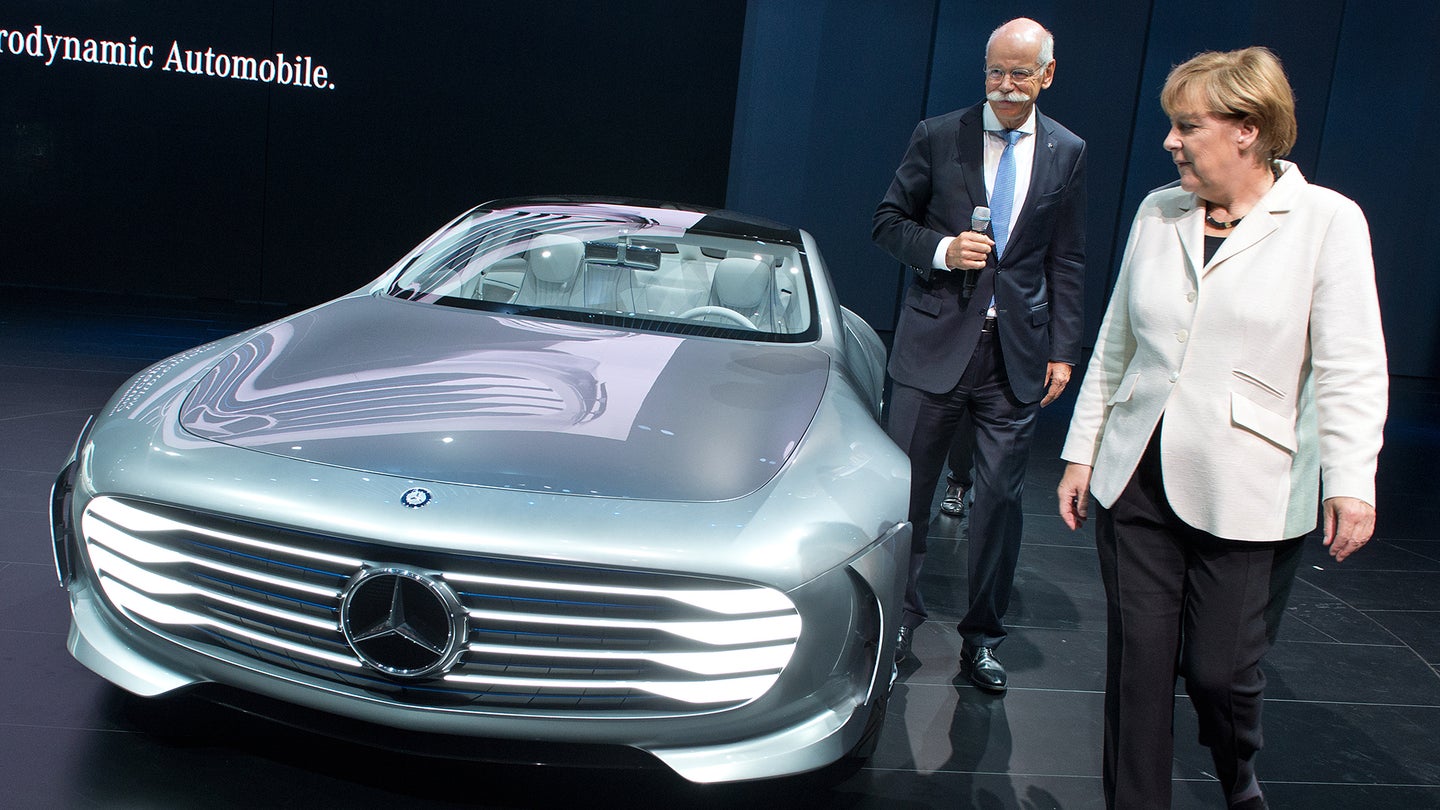 Watch out, Silicon Valley—zee Germans are coming. On Friday, the German parliament passed a law that will finally allow automakers to begin testing self-driving cars on the roadways, according to Reuters, clearing the way for the nation's massive automotive industry to launch a new line of attack in the war for the autonomous vehicle.

Under the terms of the new law, autonomous vehicle operators will be allowed to remove their hands from the wheel and perform simple tasks such as futzing around on their smartphones while the car drives itself. However, the operator must remain behind the wheel at all times, in order to seize control should, say, a truck filled with schnitzel overturn on the roadway ahead.

The new German regulations also take steps to better codify how to assign blame in the event of any incidents or accidents involving the self-driving vehicles. A data recorder will be required for all such autonomous cars, in order to keep tabs on whether the human or the computer had the conn at any given moment of the journey. Should an accident occur while the person was driving, he or she will bear the legal responsibility for whatever happens; however, if the black box data reveals that the car was driving itself at the time of a crash, the manufacturer will be ruled at fault.

And in a prescient move to future-proof the law, the regulations will be revisited in two years, in order to update them to better reflect advancements in technology and issues such as data collection and usage.

The War For Autonomous Driving, Part III: US vs Germany vs Japan