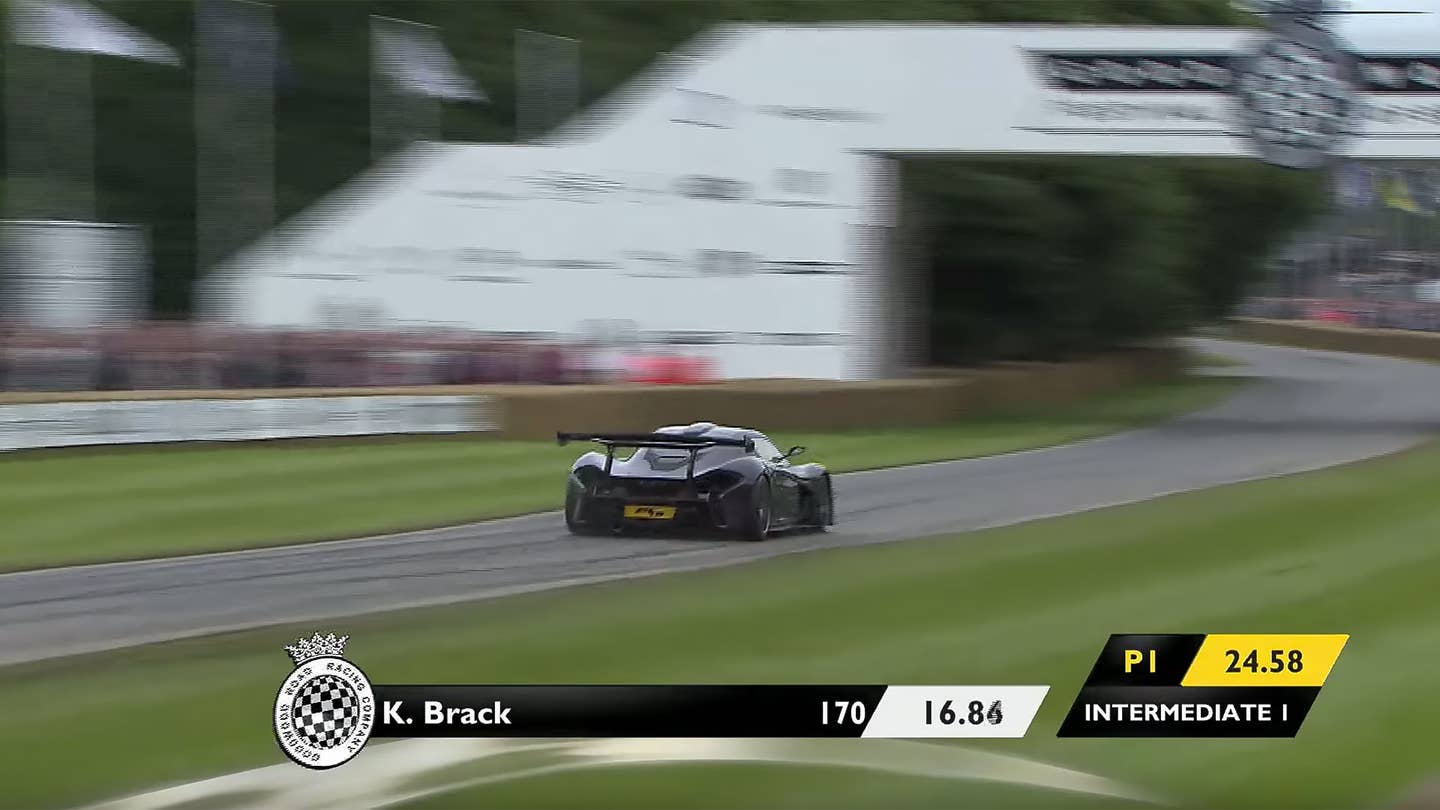 Only days after making its world debut, the track-worthy McLaren P1 LM supercar set the production car record by ripping off a disgustingly quick time up the hill at the Goodwood Festival of Speed on June 26. Almost as impressive: the Goodwood-conquering McLaren P1 LM came in second overall this year.

The British supercar was driven by Indy 500 winner and McLaren test driver Kenny Brack, whose track record driving some of the world's most impressive cars could make him one of the most qualified drivers to be behind the wheel of a ludicrous sports car like the McLaren P1 LM. Behind the wheel of the top-tier Macca, Brack was able to set a time of 47.07 seconds, which was less a second slower than the winning time of 46.29 seconds set by Olly Clark in the 780-horsepower Subaru Impreza time attack car known as "Gobstopper II."

Even in the sketchiest areas of the course—around the Molecomb grandstands and through the dark, wall-lined corners near the top of the hill—Brack maintains his discipline, keeping the car composed in spite of the twitchy, bouncy ride up the hill. It is the definition of a committed Goodwood run.

The P1 LM, which is the street-legal version of the very-much-track-ready P1 GTR, was first shown to the world just a few days before last week's Festival of Speed. It's 130 pounds lighter than the normal McLaren P1, has an exposed carbon-fiber roof, a racing-oriented steering wheel, an interior decked out in Alcantara, and a larger front splitter and rear spoiler, both of which help the P1 LM achieve up to 40 percent more downforce than the standard car. You'll also probably never see one, since only six are being built.