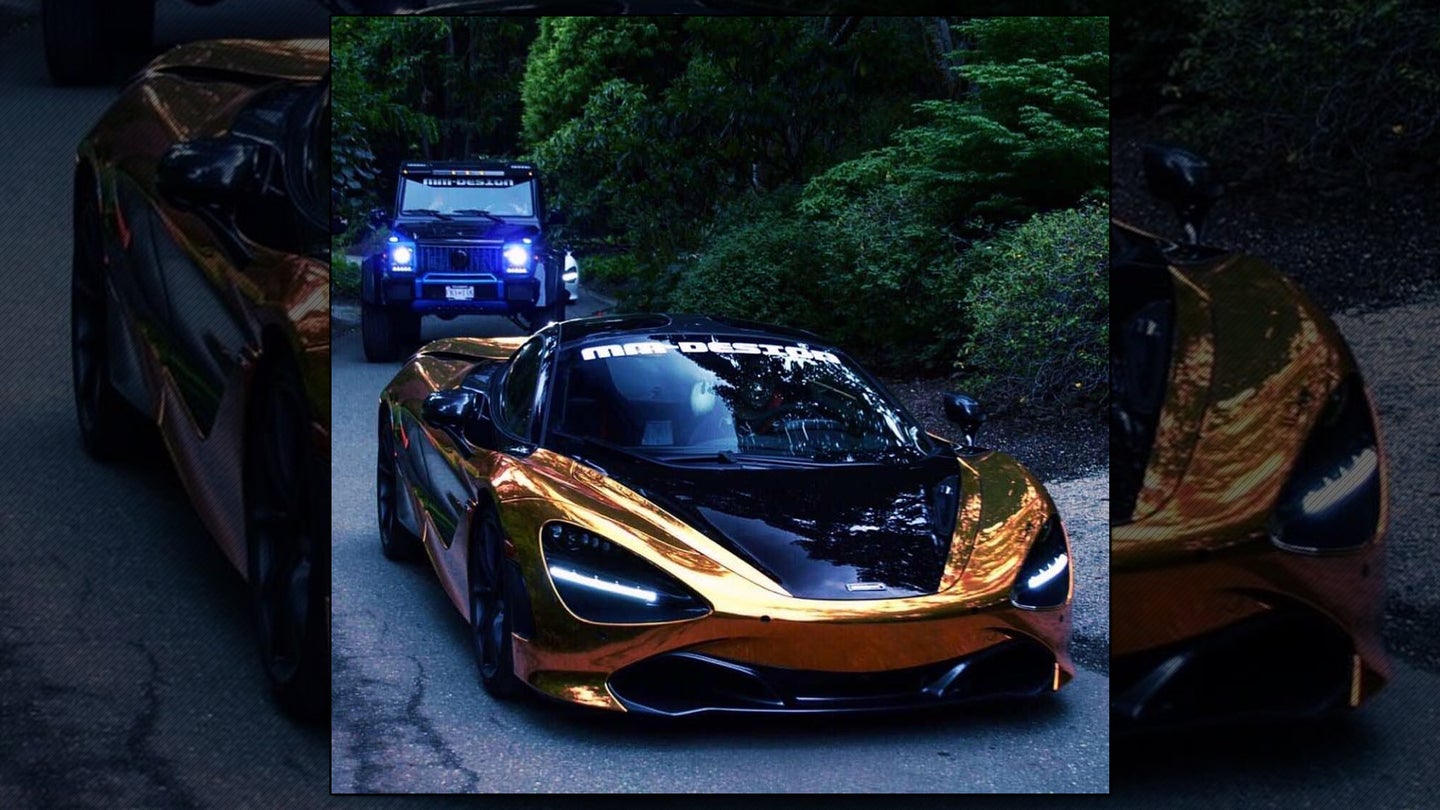 McLaren’s 720S is one of—if not the—best supercars on sale. Its twin-turbocharged 4.0-liter V8 develops 710 horsepower and 568 pound-feet of torque and is capable of propelling the supercar to 62 mph in just 2.9 seconds and reach a top speed of 212 mph. That propensity for plentiful propulsion, however, can find drivers at the long arm of the Royal Canadian Mounted Police and see their car impounded. Again.

Via a report by the Vancouver Sun, the RCMP stopped a driver at the wheel of a 2018 McLaren 720S—shod in a metallic gold wrap because of course it is—after the Mounties clocked him driving the supercar at 93 mph in a 50 mph zone. Not the worst speeding infraction ever—nor anywhere near what the supercar’s capable of achieving—however, the 20-year-old driver has been handed excessive speeding fines before, as well as also being stopped for cell-phone usage. Because of those earlier infractions, the McLaren was impounded.

The Vancouver Sun spoke with the Mounties’ traffic services spokesman Cpl. Mike Halskov about the incident who told the paper that this was the second time the driver’s McLaren had been impounded. Adding to the impounding of the McLaren, the driver received a $468 ticket and three points on his license for excessive speeding, as well as a $368 fine and four more points on his license for using a cell-phone while driving.

The driver’s name and details weren’t released by the RCMP, however, The Drive discovered that the car is owned by an Instagram user that goes by the handle “Tomshi0110.” It appears the young man is well-known in the Vancouver supercar community as he’s tagged in multiple supercar meetups with his gold-wrapped McLaren 720S.

And it’d be understandable for a reasonable driver to be cautious going forward, especially after seeing their prized McLaren 720S hauled away, but based on Tomshi0110’s profile, including one where he's recording speeding through a tunnel, we don’t think this will be the last time he and the Dudley Do-Rights come together. ​