Microsoft’s Giving Away This Custom Audi R8 Xbox One Console

Hopefully with an apology. 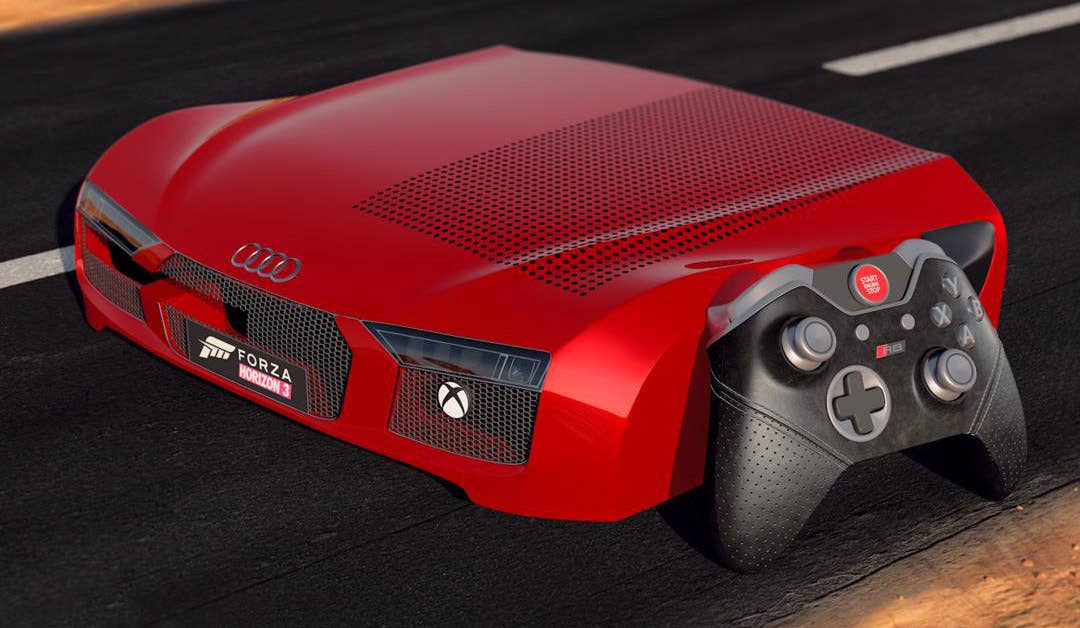 The latest installment in the Forza video game series, Forza Horizon 3, dropped this week. Early reviews are pretty sterling: 91 percent on Metacritic, including 5/5 stars from Digital Spy, and a 95/100 from IGN. To celebrate the game’s release, Microsoft has created the Xbox One S, an Audi R8-themed special-edition console. It’s… definitely special.

The promotional piece, set to be given away via Forza’s German Facebook page, has been worked over to resemble the front end of Audi’s junior supercar. There are headlight strips, mesh grilles, ‘V10’ fender badges, and a custom casing that includes all the R8’s hood creases and curvatures. It looks like something that might autonomously whirl around your living room sucking up dirt, or Tony Stark’s gross battery-powered electric shaver. There’s a matching controller, also ugly, which has perforated leather trim and a large, red stop/start button. Mercifully, the competition is only open to people from Germany. So consider that bullet dodged.

It’s worth mentioning that Microsoft Australia is running a similar promotion, except with an Xbox One console that’s been customized in the style of a Lamborghini Centenario. It actually looks pretty rad. For a visual palette cleanser, check the Aussie’s version here.