Audi plans to have 20 all-electric models by 2025, but their beloved TT and R8 sports cars don't seem to fit in that future lineup. 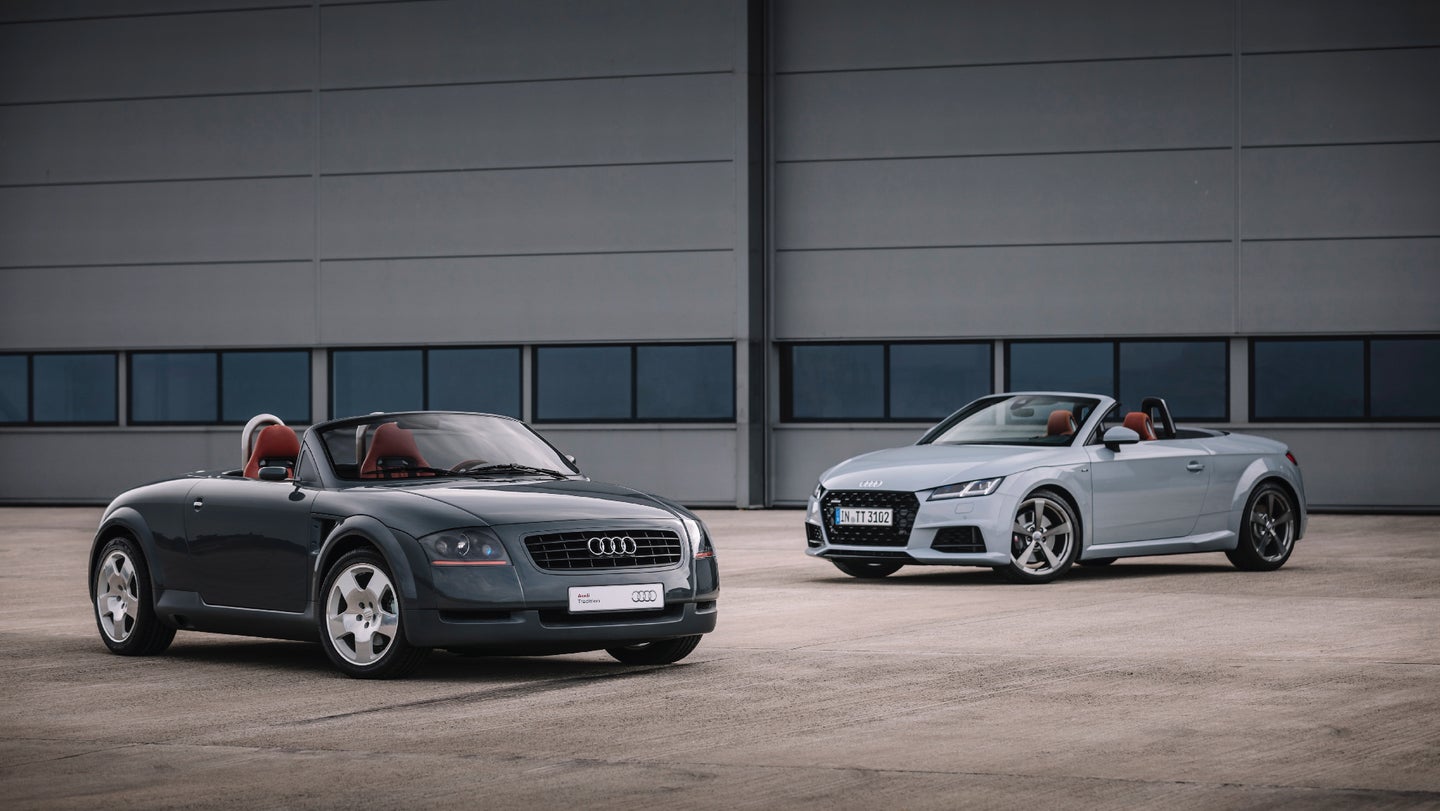 Audi unveiled a plan Thursday to ramp up electrification across its model range in the near future, and its beloved small sports car, the TT, isn't coming along for the ride, reports Automotive News.

The TT was introduced in 1998 and enjoyed great popularity thanks to its unique design, and it's only gotten better since then. Today's TT looks and feels like a baby version of the company's R8 supercar in the best way—especially in RS trim, where a five-cylinder engine pumps out 400 horsepower.

Sadly, this pocket rocket doesn't seem to jive with Audi's future plans, which are centered around sustainability and electrification of its line-up. At Audi's annual shareholders' meeting in Neckarsulm, executives laid out the plan to sell over 30 electrified cars by 2025, including 20 that are all-electric. The goal is to sell one million electric and plug-in hybrid cars by the middle of the next decade—which means that 40 percent of Audi's sales need to come from electrified cars.

Conspicuously missing from those plans were Audi's current two-seater sports cars, the TT and R8.

At the meeting, Audi CEO Bram Schot explained that certain models would no longer make economic sense in this shift in priorities, including the current TT, per Automotive News. There is some hope for a new small Audi sports car as Schot said that the TT's replacement will be an "emotive" small EV in the same price range. Then again, automakers' overuse of vague terms like "emotive" and "dynamic" for even the dullest of crossovers makes this a bit of a crapshoot, but there's no reason why a fast EV wouldn't make sense there.

Schot also hinted that Audi's flagship A8 may go electric as well, telling Automotive News, "The next generation of the Audi A8 might well be all-electric. Nothing has been decided yet, but I can well imagine it."

Audi's other two-seat sports car, the R8, is also expected to be discontinued after this generation, and Schot likewise raised his doubts to Automotive News that it would fit in the new EV-heavy lineup. The R8 previously flirted with electrification by way of an E-Tron version, but it was expensive and arrived much later than it was originally announced. Because of that, it was discontinued after fewer than 100 were sold in 2016.

The overall goal is to become a CO2-neutral company (and thus, make the public forget about Audi's role in the Dieselgate scandal). Big roaring V-10 and I-5 engines don't jive with that. Audi moved up its goals to operate its manufacturing facilities in Germany, Hungary, and Mexico CO2-neutral by five years to 2025.

We'll just have to wait and see as to what kind of "emotive" electrified sports cars Audi might unveil in the near future.