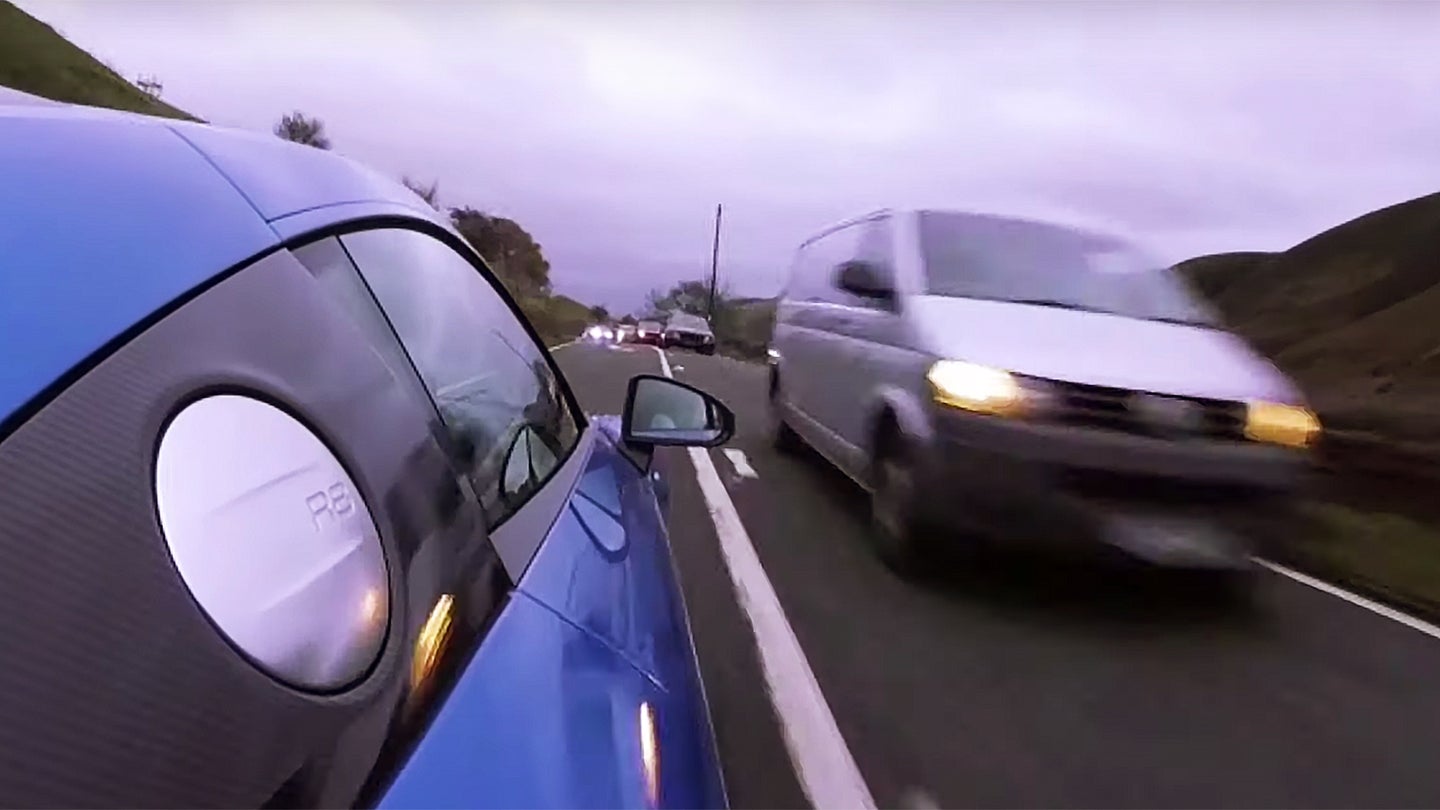 An automotive journalist across the Atlantic finds himself hundreds of pounds poorer and likely rethinking his social media strategy after being caught speeding by the police. Not by a passing officer, however, but by agents who came across video evidence of the crime on his public Facebook page.

British automotive journalist Joe Achilles was penalized the equivalent of $800 and received six points on his license after he was digitally spotted driving way too fast in an Audi R8 on the U.K.'s A57 Snake Pass, a road already known for being dangerous. Even though Achilles' GoPro camera was strapped to the outside of the Audi where its speedometer wasn't visible, Derbyshire police were able to work out how fast the car reviewer was going thanks to Google Earth data, a stopwatch, and simple arithmetic. Speed=distance/time.

Sergeant Adam Shipley said: "We needed to be able to prove the speed the car was traveling at along what, myself and my team know only too well, is one of our most deadly roads," said Sargeant Adam Shipley. "Using state of the art technology, technical support manager for Road Safety Support Steve Callaghan was able to work out exactly how fast the Audi R8 was traveling."

Splitting the clip up into eleven sections, the Audi's average speed was found to be well above Snake Pass's limit of 50 miles per hour. Achilles was going 58 mph at his slowest and while hitting 93 mph at his most daring. He was officially charged for speeding.

As for what officer Shipley thinks of this sort of thing, he did not mince words. "This type of driving is careless, reckless and selfish," he said. "On this occasion, thankfully nobody died, but all too often the outcome is very different. For a man who drives for a profession, I am appalled that he seemingly has so little value for the lives of other road users. The roads of the U.K. are not race tracks and should not be used as such. Strapping a GoPro to the side of a car and driving in this manner—all in a bid to get viewers on social media—is quite frankly pathetic."