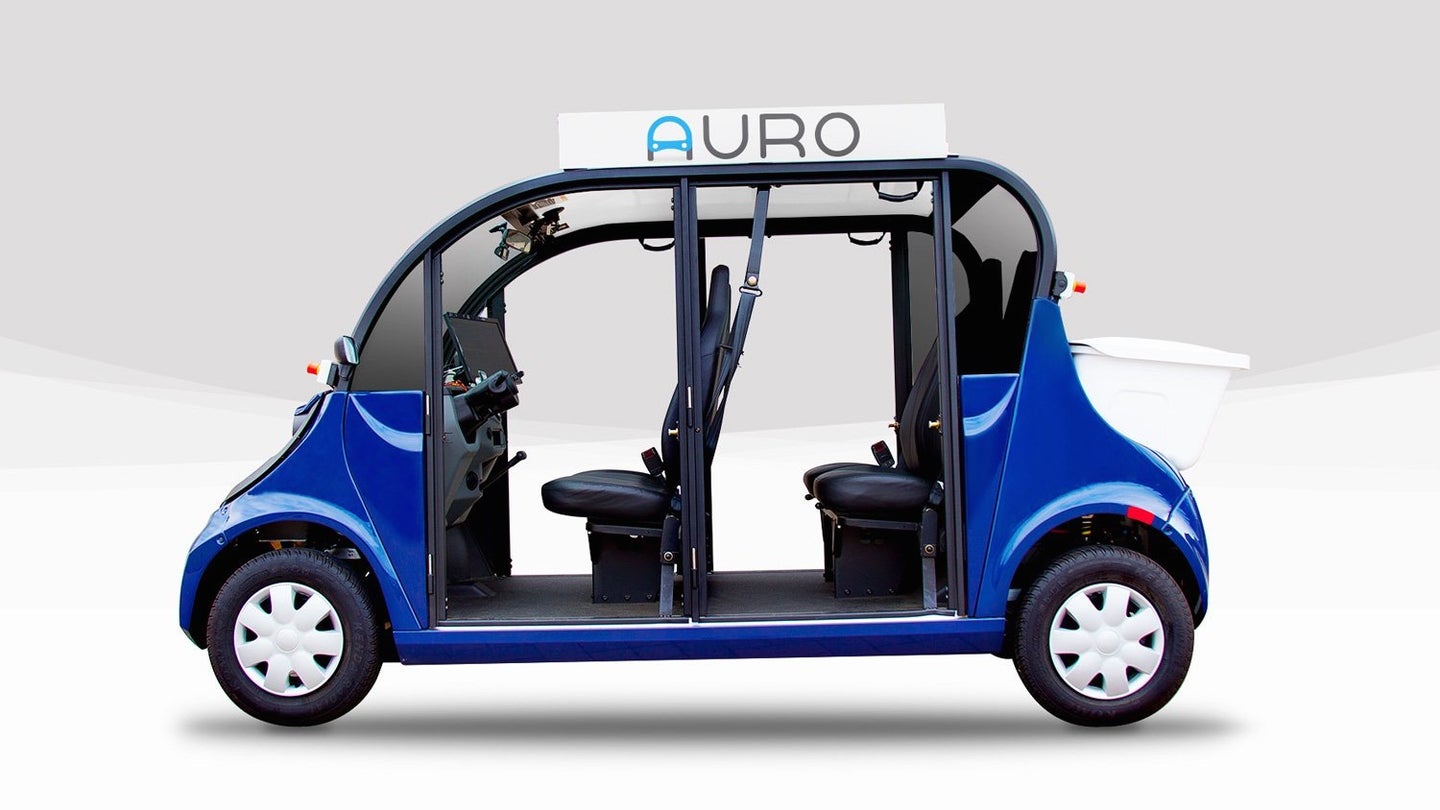 Ridecell markets a software platform for car-sharing and ride-sharing services, and now the company plans to offer a similar pre-packaged solution for autonomous driving. However, instead of self-driving cars, the company will focus on low-speed vehicles used on private property.

The move is a result of Ridecell's acquisition of Auro Robotics, a company that specializes in adding autonomous-driving capability to small vehicles. By combining its own software expertise and Auro's autonomous-driving tech, Ridecell plans to market autonomous shuttle services for use on large expanses of private property, like theme parks, retirement communities, and corporate or college campuses.

Ridecell will not build its own vehicles, but rather will outfit vehicles from existing OEMs with self-driving capability. Even before its outright acquisition of Auro, the two companies tested this with pilot programs. Auro-augmented shuttles are in daily operation at the Santa Clara University campus in California, and have already carried "thousands" of riders, according to a Ridecell press release.

Low-speed private roads may not seem like a particularly challenging proving ground for a new technology, but Ridecell believes they are the best fit for autonomous vehicles, given the state of the technology today. This is not just a demonstration or pilot program: Ridecell is pitching low-speed autonomous shuttles as a commercially viable transportation option.

If the vehicles are automated, Ridecell reasons that the systems that manage them should be automated, as well. Alongside its acquisition of Auro, Ridecell announced a new "autonomous operations platform" that can send autonomous vehicles back to a garage for routine maintenance, deploy support vehicles to address any problems in the field, and manage who can enter a vehicle.

It makes sense to automate these support tasks, but the added efficiency could come at the cost of jobs. Autonomous vehicles are already expected to eliminate a large number of professional driving jobs. Limiting the number of human beings needed to manage fleets could reduce jobs even further.