TuSimple's system will appeal to businesses that want to operate around the clock, and for longer stints than human-driven trucks. 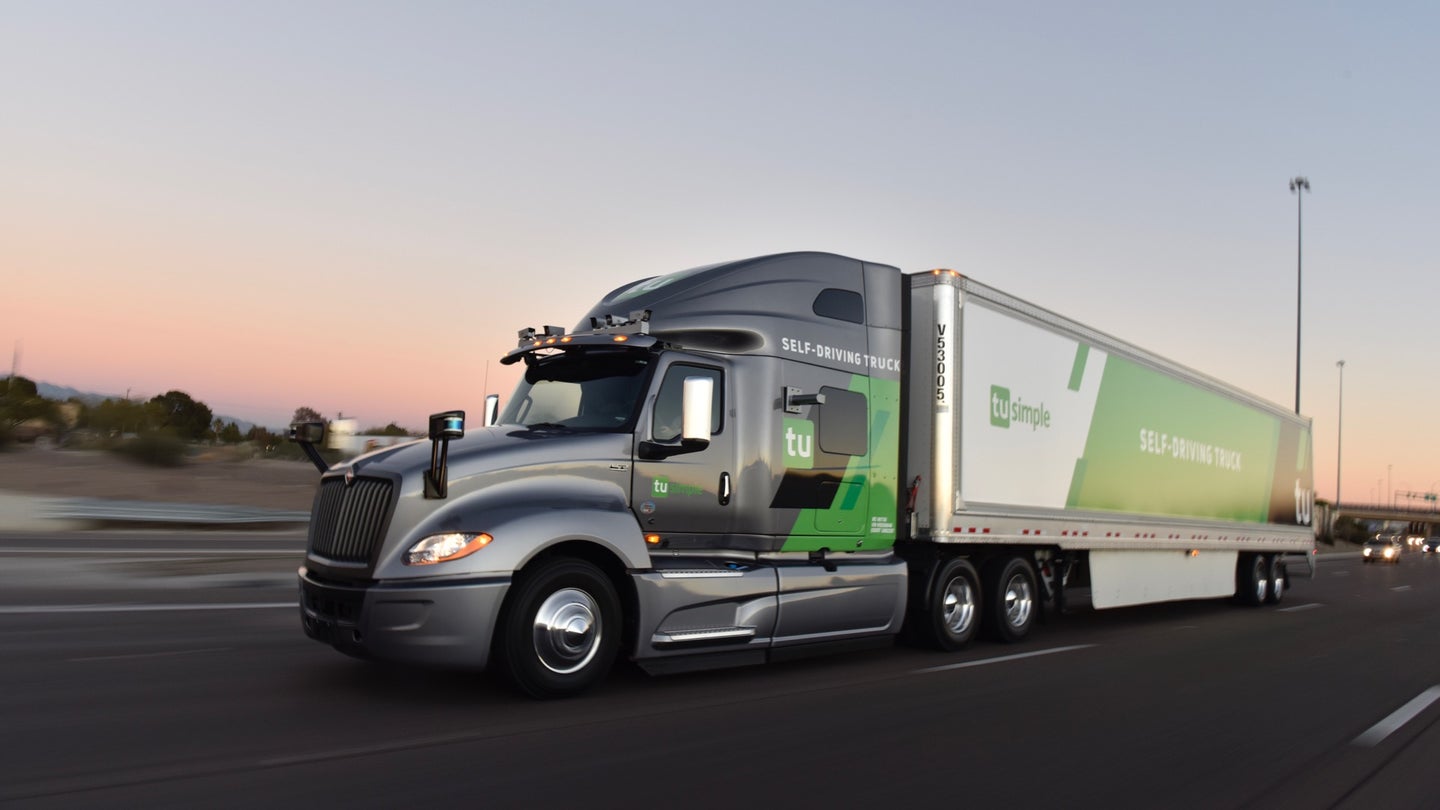 Autonomous-trucking startup TuSimple has developed a new camera system to help its vehicle keep on truckin' without human assistance. TuSimple claims the system can function at night and in other challenging lighting conditions, expanding the amount of time its trucks can stay on the road.

While developers of autonomous-driving systems typically rely on a combination of cameras, radar, and lidar, TuSimple has cameras do most of the work. While its vehicles use lidar for some functions, such as close-in object detection and scanning around a trailer, TuSimple believes only cameras can provide the long-range vision needed for trucks.

"As a primary sensor, cameras are really where it's at in trucks," Price added. TuSimple claims its current, camera-heavy sensor suite can scan up to 1,000 meters (3,280 feet) ahead of a truck, something Price said isn't possible with lidar. The new camera system keeps that long range but adds the ability to operate in difficult lighting conditions vehicles are likely to experience on the road.

The system is capable of nighttime operation and can handle the glare from sunrises and sunsets, or the headlights of oncoming vehicles, according to a statement. It was also designed to account for the abrupt transitions that occur when entering or exiting tunnels, as well as the "flicker" digital sensors often pick up from LEDs, which are used in traffic lights. That is thanks to a new sensor from Sony with increased light sensitivity, as well as better control logic.

TuSimple currently hauls freight in Arizona with a small fleet of prototype self-driving trucks. It plans to expand its fleet to 50 trucks by June and is looking to add a route in Texas. The startup expects its new camera system to allow autonomous trucks to operate more than 20 hours a day, compared to the industry-average of 12 hours a day. The camera system will enter "volume production" later this year, TuSimple said.

Lack of clear regulations could form a roadblock to the commercialization of autonomous passenger cars, but Robert Brown TuSimple's director of public affairs doesn't anticipate that to be an issue as the company ramps up its autonomous-trucking business. Arizona and Texas provide both plenty of business and friendly regulator environments, Brown noted. He also pointed to a 2018 decision by the Federal Motor Carrier Safety Administration that automated systems could be considered a "driver" as a positive sign.