These Horrible Keys Don’t Do Their Cars Justice

They might get you into your car, but they don't turn us on. 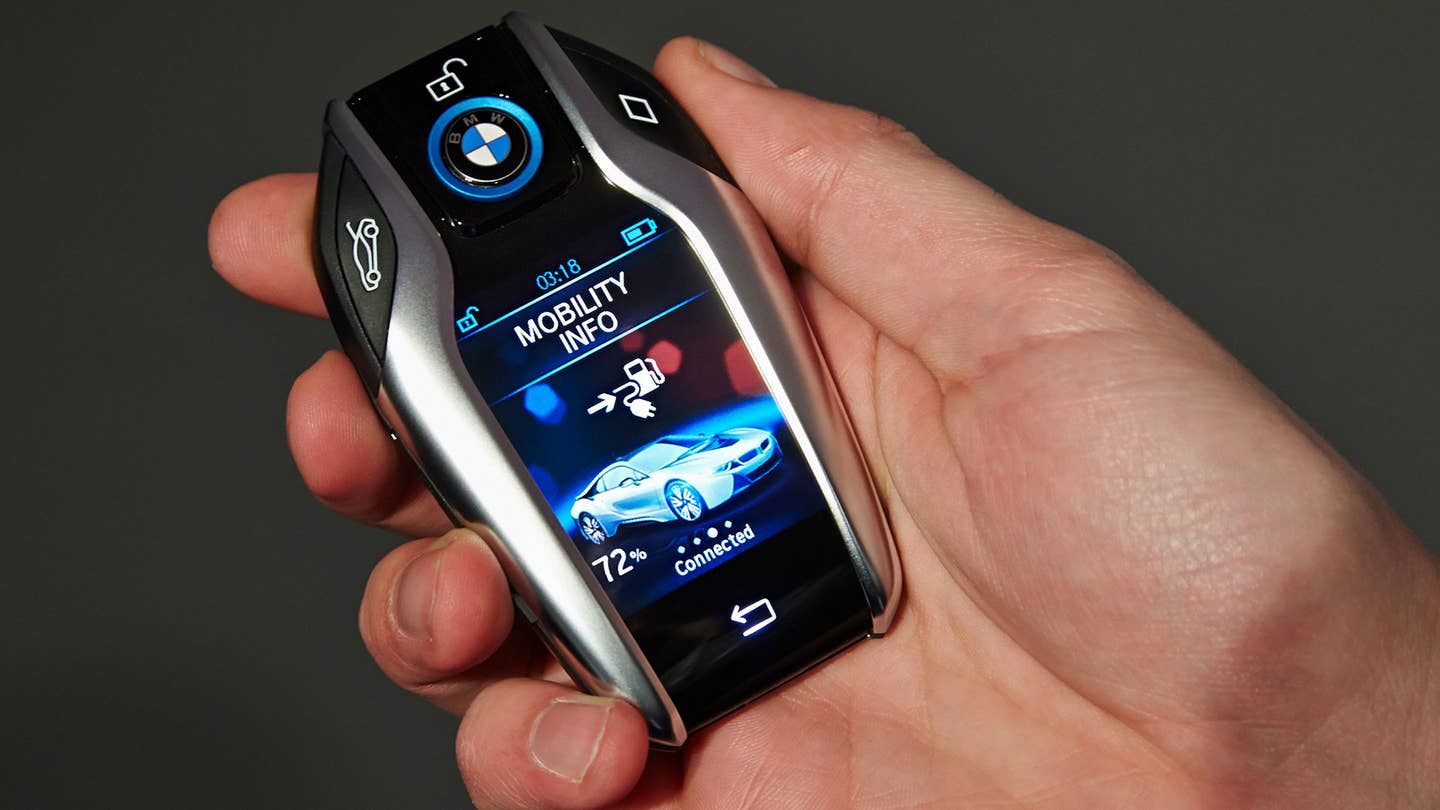 Hardcore enthusiasts love to kvetch about the bloat and ponderosity of modern cars. We could entertain a debate on the serial growth, but we’ll respectfully table the discussion after one high-res screening of a modern car crashed into a vintage car.

Car keys, though, are where we see an inexcusable mission creep in girth and complexity. Sure, keyless entry necessitates room for RFID or Bluetooth electronics, but that convenience feature isn’t at fault. The culprit is carmakers turning fobs into the effigies of lucre and imperiousness that the car itself is supposed to represent. Or, worse, just making them big because, well, big!

We’re all for style, but no pair of jeans we'd want to wear should accommodate these ingots, and we’re not at all ready to hang our fobs on Urban Outfitters lanyards. These expressions of art should be chic, small, and light. Until that day comes, here are our least favorites.

You own a hypercar – a word we’re still not sure is even a thing, but never mind that, you own one. It might be yellow. It is definitely parked right out front. Isn’t that loud enough? The Pagani Huayra comes with a profound chunk of aluminum that contains both a key and a USB drive for music, which is two irrelevant applications in one. The Koenigsegg gets a miniature medieval kite shield that needs a leather strap for slipping over the forearm. Owning a $2-million car with a key this blatant is like your penis having a penis.

It’s like Porsche and Tesla commissioned the spirit of Umberto Boccioni to make futurist icons of their products that would double as keys. The Porsche version doesn’t even look like a Porsche, the Model X key is even larger than the Model S key. At least the Tesla options go all the way with the conceit, forsaking buttons for touch-sensitive areas that correspond to the vehicle; touch the rear windows on the Model X fob, for instance, and the falcon wing doors open. That’s cool. But still no.

Verdict: Clunky on one side, obnoxious on the other.

Mini Coopers make being small a lot of fun. Yet the Jack Russell Terrier of cars has the giant poodle of keychains – an instrument made absurd merely to call attention to itself. This big? This round? For no reason? What?

Verdict: Someone forgot that mini is the point.

I watched the greatest minds of my generation do the most boring things with key fobs. The Ferrari LaFerrari key is plain old key, the antediluvian kind you have to insert into the ignition to start the car, the kind Cornelius Vanderbilt used to start his Hudson River steamboats.

The Rolls-Royce key is a cloned BMW key with an “RR” instead of a roundel. The most expensive BMW 7 Series starts at $97,400. A Rolls-Royce Phantom Drophead Coupe starts at $492,000. How much more money does it take in order to get, you know, more?

Similarly, Bugatti, Bentley, and Lamborghini use dressed-up versions of Volkswagen and Audi fobs. The Bugatti and the Bentley are still switchblade numbers, the kind sold with the Volkswagen Jetta since Xena: Warrior Princess. The first season of Xena: Warrior Princess. The key to access the Veyron’s top speed performance was really cool – they got it half right – but that meant carrying another key. Please, Bugatti, fix this oversight with the Chiron.

We really like the idea of this key, it is beautiful to behold, and it is sympatico with the ethos of the vehicle it controls. But it is enormous. Phones used to be this big, but they were less expensive to replace when dropped. That makes sense when talking about the key to the International Space Station. Not so much a hybrid coupe. Even this hybrid coupe.