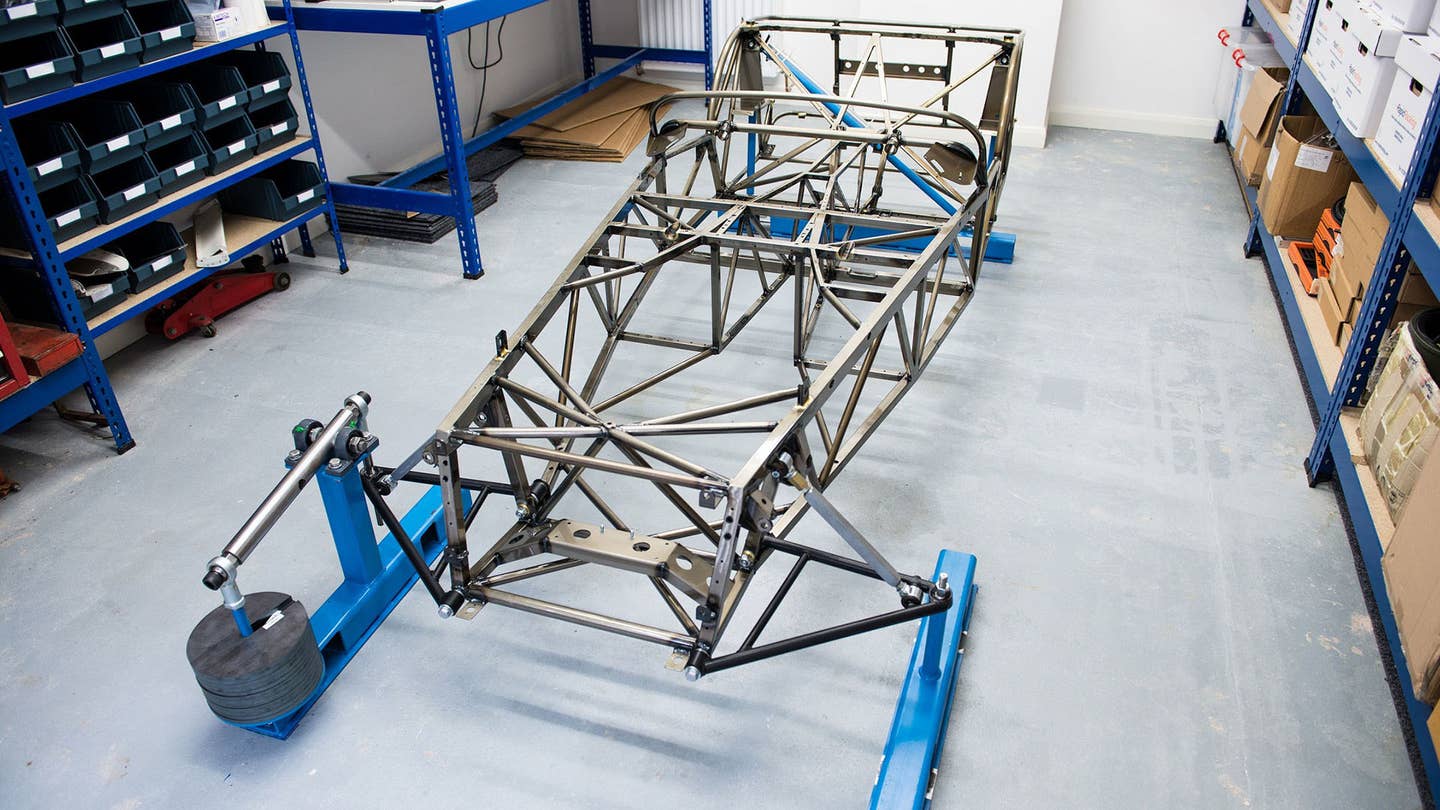 The Caterham Seven in 270 trim weighs 1,188 pounds and puts out 135 horsepower, numbers miniscule enough to make the 2,332-pound, 148-hp Mazda Miata seem like a dreadnought. But in the process of working up a showpiece for the Niche Vehicle Network Symposium in the UK, Reynolds Technology asked Caterham if they wanted to try making a Seven even lighter. Caterham said, “Jolly good, sir!”, or something like that, and the two companies enlisted computer aided consultancy Simpact Engineering to help make it happen. Then they used steel bicycle tubes to eliminate ten percent of the weight – that's a 1,070-pound car – while maintaining rigidity.

For those of you that don’t ride, even cyclists consider steel tubing archaic. About the only people who ride steel bikes are Luddites and Brooklynites, mavens who can quote Tour de France trivia from the 1950s, and octogenarians who competed in the Tour de France in the 1950s

Reynolds Technology is no ordinary tubing purveyor, though, the English company was the first to patent butted bicycle tubes in 1897. Butting – more accurately in this case, double-butting – is when a tube has two different thicknesses, with more metal at the ends than in in the middle. The thicker ends can absorb more stress, the thin walls spread the stress throughout the tube. The advantage is that you get stronger, lighter tubing because the appropriate amount of metal is placed only where it is needed.

Over the course of six months Simpact computer modeled the steelwork needed for a Seven chassis, Reynolds developed the tooling and processes to adapt its 453 high-tensile steel for the purpose, Caterham built the car. Although the overall weight loss was ten percent, they found some components were 50 percent lighter yet just as strong.

After its reveal at the symposium last month the three companies continue to work on the prototype, Caterham saying it wants to offer the lightweight option to customers as soon as next year. An option using traditional steel expected to add between £1,000 and £2,000 (roughly $1,450 to $2,900) to the cost, but more exotic alloys are available. The companies also say the technology could be licensed to any company that uses steel spaceframes.

This isn’t the first time those two companies have dabbled in one another’s fields. Caterham Cycles makes bicycles, but out of carbon fiber, not steel. And Reynolds provided its legendary 531 steel tubing – but box-section, straight-gauge metal – for the front subframe of the original Jaguar E-Type.