Instagram is adopting a new algorithm in the immediate future, abandoning the linear timeline in favor of giving some uploads priority over others. The determining factors are part of the secret sauce, thus not public, which freaks people out. But the scores of panicked users nudging you to enable notifications need to chill. No avocado toast/SoulCycle/puppy posts will be overlooked, not from personal pages. For the layperson, the best way to remain relevant is, and always has been, posting captivating content.

That proposition seems simple. Though if it were, we’d all have millions of followers, monetized feeds and pop rose as the yacht steams into the South of France. The reality is most of us need help to crack 1,000 followers. For advice on growing your Instagram following by taking better pictures, we tapped Brett David, owner of Prestige Imports and Lamborghini Miami, and DW Burnett, a professional automotive photographer going by the moniker Puppyknuckles. Below, their top tips and tricks.

Unless you’re David, half the battle is access to coveted cars. Odds are you don’t open your office door to a sea of Lamborghinis, Ferraris and Porsches (and one memorable Pagani Huayra). So head to where those cars are. Cars and Coffee meet ups, races, auto shows, dealer unveilings, historic meets and fancy neighborhoods are all good. “In Miami, it’s the valet,” David says. “Any given weekend, there’s at least $5 million in cars sitting in the lot at Bal Harbour mall.” Brooklyn-based Burnett suggests scouring cities for unique finds: “People love street parked stuff. In a dense city, you’ll find a bunch walking around.”

Rare, race and classic cars get the most double-taps

Unsurprisingly, opt for a model that fits into the above categories. (Find yourself a 1966 Ford GT40 Gulf livery and rejoice. You’ve hit the trifecta motherlode.) “It’s hard to take a bad picture of an old race car,” Burnett says. With modern rides, exotic brands understandably get more likes, David says, but shy away from the banal. “Unless it’s a McLaren SLR or a 918, skip newer Mercedes-Benz, BMW and Porsches. People have seen those plenty.” On Bugattis and vintage Lamborghinis, you’ll always find an interesting angle; those are shared and liked 30 percent more, David says.

Consider the surroundings during shot composition

You can find an amazing car...parked at Rite Aid. “Trying to fit the whole vehicle in and having that ugly pharmacy sign in the back won’t work,” Burnett says. Instead, shift into a closeup of a corner of the headlight or a cool detail on the car. On the flip side, if the backdrop is interesting, include as much as possible. “It can help offset what you’re looking at when the car is in the frame,” Burnett shares.

Match the background and the color of the vehicle you’re shooting. “If we’re doing a shot with a bright blue sky, we don’t want a matte black car in there. It won’t pop,” says David. “A yellow coupe with a beach in the background? That will.” Accordingly, monochromatic shots get 40 percent more likes.

Get your lens low

“Don’t stand at eye level. It will look normal and boring,” Burnett says. “Cars look better down low. Crouch and play with the angles.” Put your phone on the ground, looking up, and it’ll vastly improve your picture.

In fast-paced environments, like car shows or races, frenzied action abounds. It’s easy to get caught up and start snapping without thinking. “I try to slow my thoughts down and use my eyes to take in everything. When I see something that looks good, I don’t question my instincts. I trust them. If you’re not seeing anything, you’re shouldn’t take pictures of anything,” says Burnett.

The iPhone camera works well (in the daytime)

When they’re not using DSLRs, David and Burnett prefer the stock iPhone camera app to shoot with. Both suggest using as much natural light as possible to aid that lens in capturing the richest photo. “Flash never works,” David shares. “You won’t get the whole car, just a blown-out piece. Skip dark locations.”

Polarized sunglasses give you cleaner pictures

The polarized lens from your shades controls reflections, says Burnett. Hold your sunglasses directly in front of the iPhone lens and tilt the camera around. If a car is under direct sunlight, you can minimize the flare and get a black car reflection-free. “If the sheen of the car is picking up a mailbox or something nearby, it’ll eliminate that. And cut through window glare, too. If you need to shoot an interior from outside, you’ll see through the glass instead of seeing yourself in it.”

Less is more during editing

Both use VSCO Cam for their on-phone editing software. It’s easy to crop, or manipulate the exposure, saturation and definition manually. There’s a host of adjustable filters, too, though David shies away from those on his professional feed: “We want our vehicles to look as crisp as possible and as natural as possible, just as the human eye would see it.” Burnett echoes David. “Don’t go totally nuts with filters. It’s a matter of trial and error, but if you’re not sure you love the filter, put your phone down for 20 minutes then come back to it. If it’s working, you’ll realize quickly.”

Use science to bolster engagement

While photos with a filter are 21 percent more likely to be noticed, an extensive study found filters that add warm tones garner the most likes and comments. Boosting saturation and adding patinaed effects lowers interactions. The best native Instagram filters, per the findings, are Mayfair, Valencia, Hefe, Rise, and Nashville.

Unless you’re at an auto show with world premieres, or in the pits of a renowned race, there’s no need to fire off eight or nine shots in a row. People will skim over the whole bunch, missing anything legitimately good. David’s social team releases three pictures per weekday: morning, lunch, and around dinner. “People like to escape their work day and see something fun,” he muses. On the weekends, one to two per day is sufficient. Always bank a few shots to parcel out during lulls to keep your feed fresh.

First, always consider Eastern Standard Time when posting. Second, the evening will get the most traction. The bulk of Burnett’s like roll in after the sun sets. “Even at midnight, NYC is up and it’s only 9pm in California.”

Be judicious with hashtags

David strictly adheres to one or two proprietary tags, only adding special event tags when warranted, though he rattled off a common crop to help increase views: #BillionairesClub, #CarLifestyle, #BlackList, #SpeedList, and #LuxuryLifestyle. Burnett’s tags are always germane to the subject. “If it’s a Camaro, I’ll search for top Camaro tags and accounts and incorporate those.”

It’s a social channel. Be social

Keep regularly liking and positively commenting on other people’s posts. You’ll earn follows. Send a few direct messages to compliment someone. (Who doesn’t love seeing that?) They’ll remember you for taking the time.

“The great thing about Instagram is it’s free,” Burnett says. “Experiment and find out what works well for your followers. You’re not going to get fired if you get weird. You could stumble onto something great.” 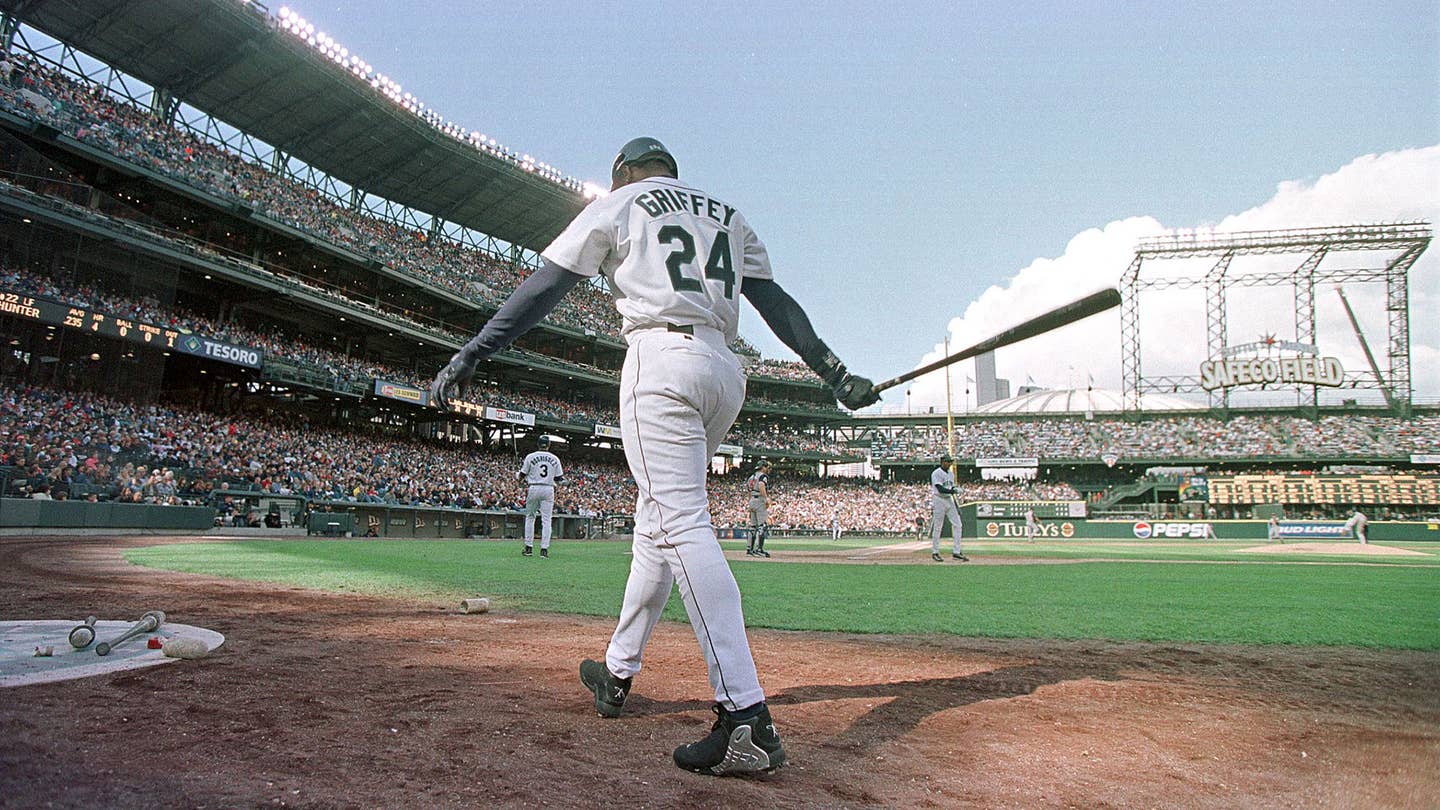 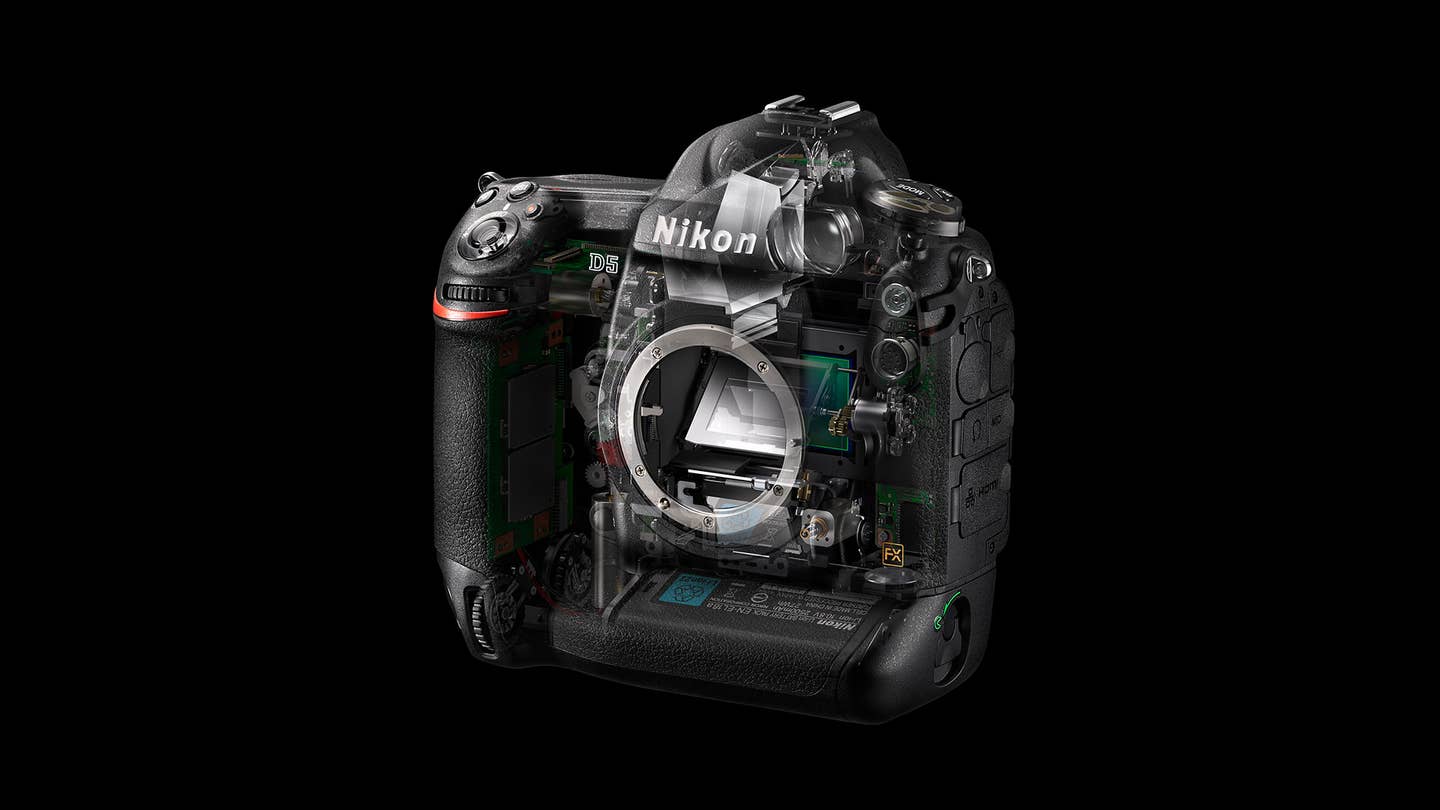 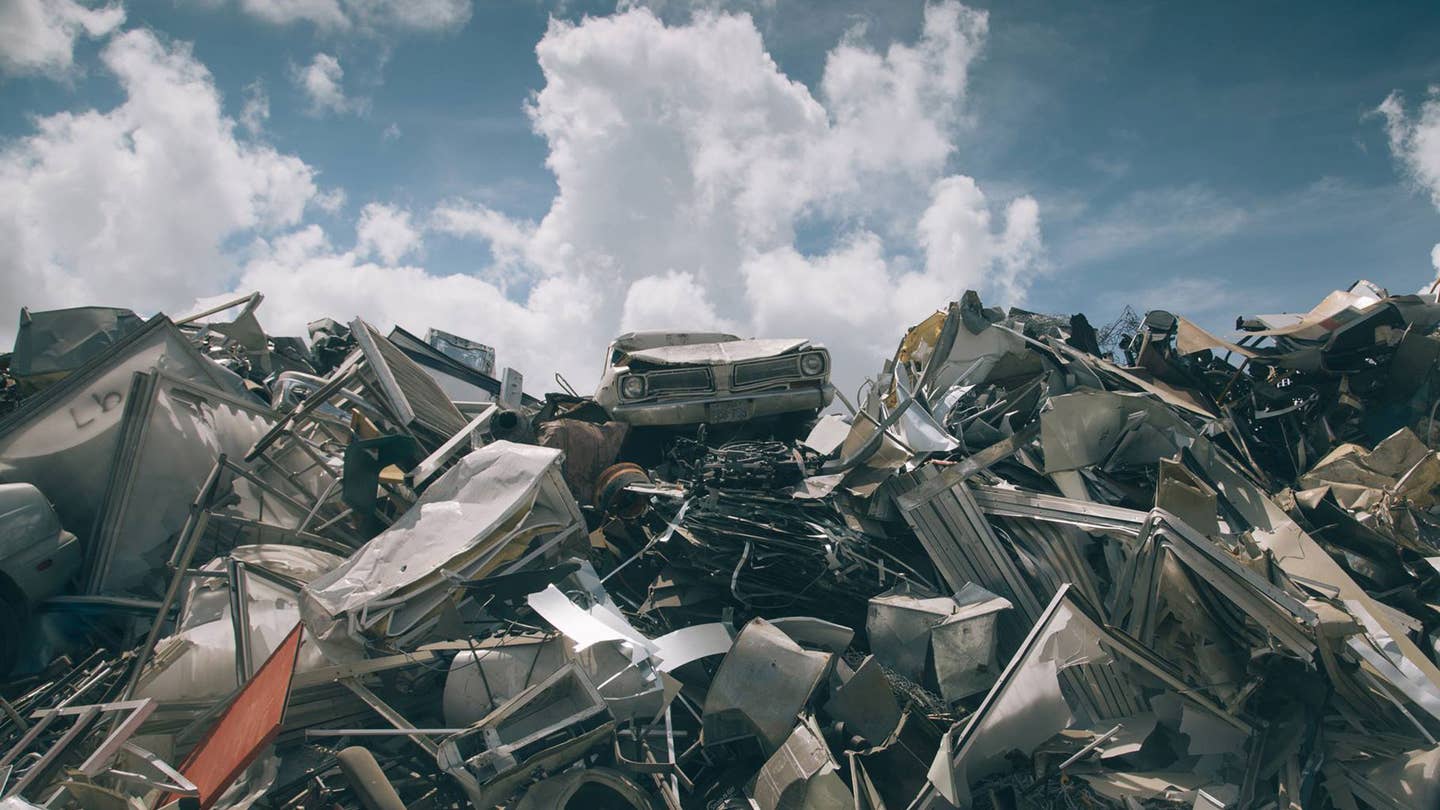 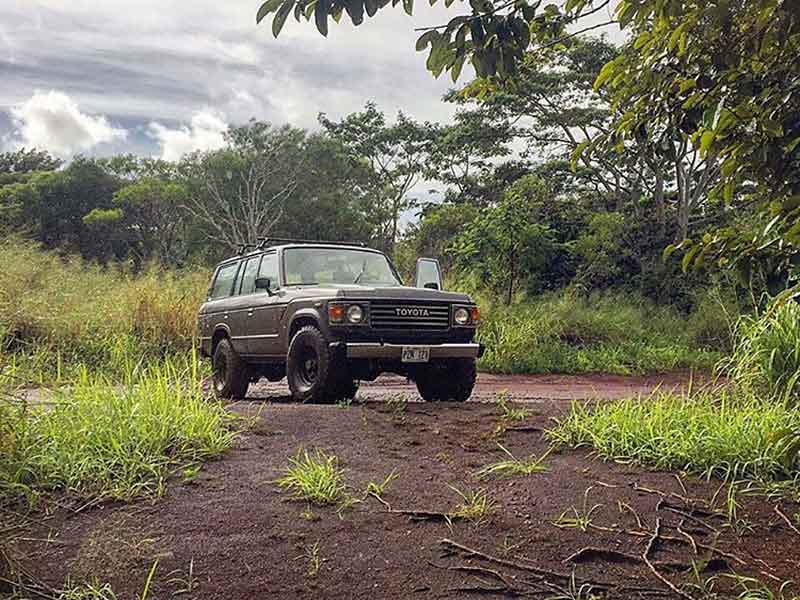 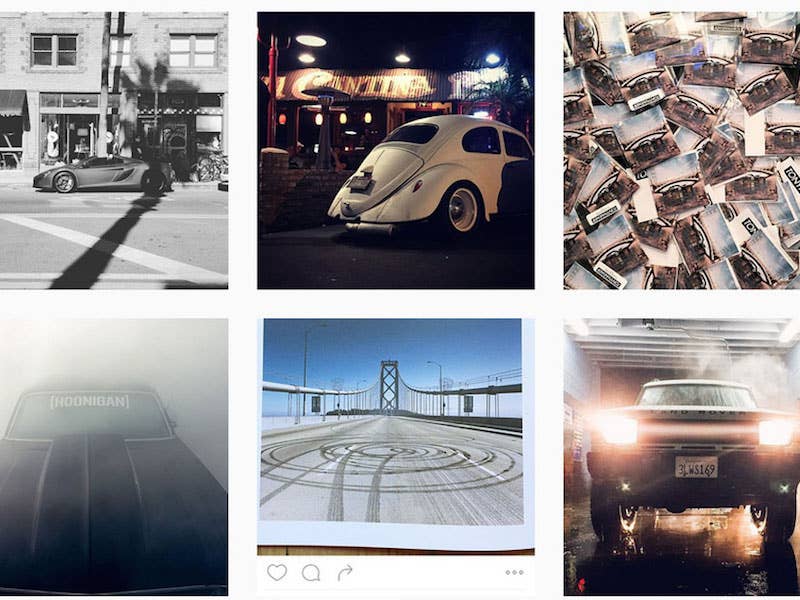