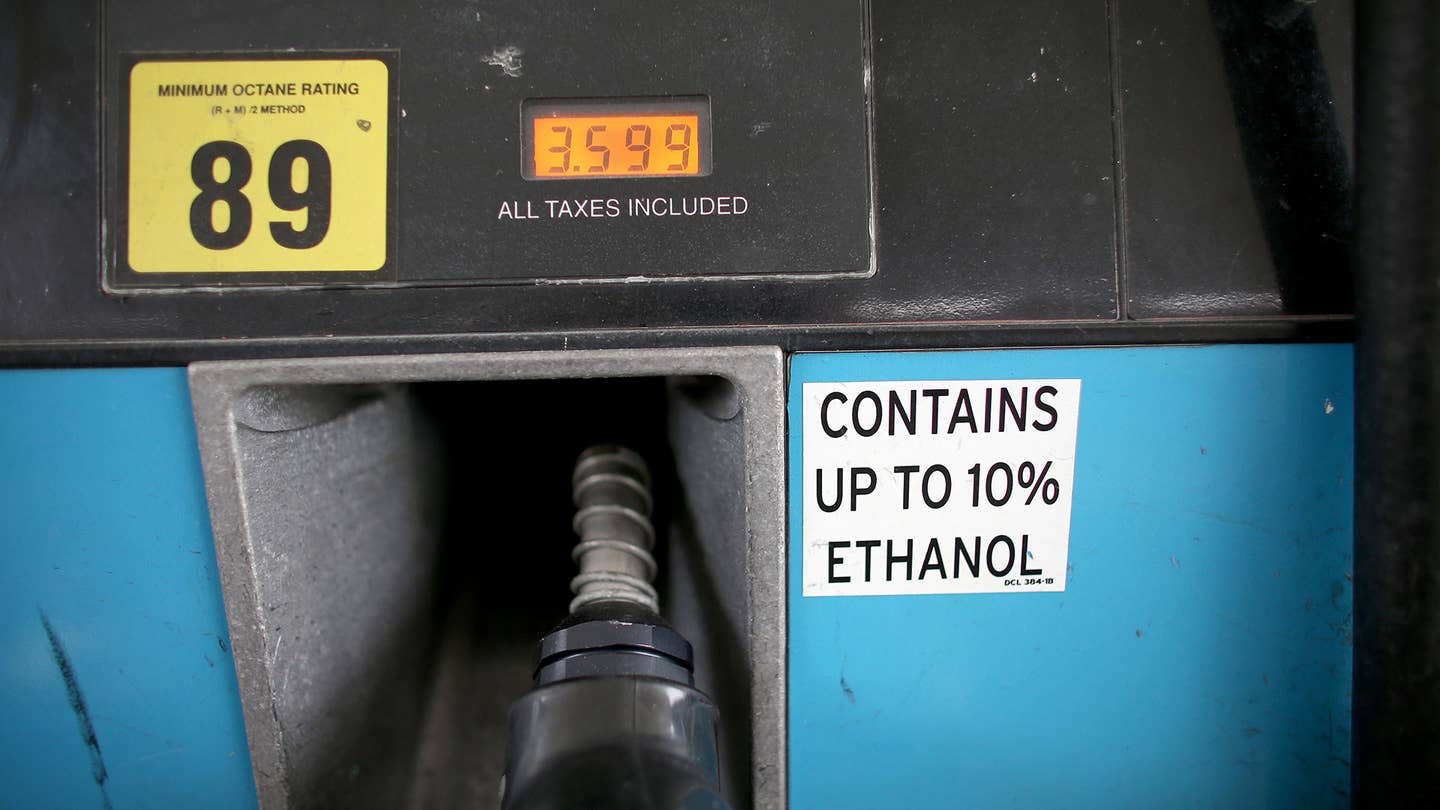 The US Congress created the Renewable Fuel Standard (RFS) in 2005 as part of the Energy Policy Act, then expanded it in 2007 with the Energy Independence and Security Act. When implemented ten years ago, the idea held that mandating a certain amount of ethanol and other biofuels be added to gasoline would “reduce greenhouse gas emissions and expand the nation’s renewable fuels sector while reducing reliance on imported oil.” When the RFA works as well as it can, the EPA estimates the nation’s gasoline usage in advance of a given year, then assigns a fixed amount of renewable fuels be added to that estimated amount – but note that the EPA has an upward-trending long-term goal of using 36 billion gallons of renewable fuel in 2022. However, the RFA, putting it lightly, has not gone to plan, so now a US Congressional Representative has proposed a bill to limit the amount of ethanol in the US gasoline supply starting next year.

To understand why, we need a little background. There are three primary problems in how the RFA was conceived. First, the initiative’s backers and the EPA figured the renewable fuels industry would diversify beyond using corn as the main feedstock in ethanol. That hasn’t happened, so about half of the nation’s massive corn harvest is eaten up by the ethanol industry, which drives up the price that everyone pays for corn on top of other negative side effects. The second issue is that the RFS dictates a set amount of renewable fuel inclusion, not a percentage, which leads to the third issue: neither Congress nor the EPA realized how successful automakers would be at lowering overall vehicle fuel economy. In October 2007 the average US light vehicle fuel economy for new cars was 20.1 miles per gallon, this month it’s 25.2 mpg. With the amount of gas usage falling below previous estimates, the forecasted amount of green fuel doesn’t get used every year; in 2007 the EPA expected to add 22.3 billion gallons of renewables in 2016, but at the end of 2015 the agency revised that number to 18.1 billion gallons. So how will the EPA get to 36 billion gallons of green fuel added by 2022, when corporate average fuel economy is projected to rise to 54.5 mpg in 2025? The answer: it won’t unless lawmakers insist on using a whole lot more ethanol per gallon of gasoline, and that isn’t happening any time soon.

As for ethanol reducing greenhouse gas emissions, the UN diplomatically asserted that the science isn’t clear on that. On top of that, the Argonne National Laboratory found that corn-based ethanol production needs about 12 times more water than fossil-fuel production, because you don’t need to irrigate oil.

All of which brings us to Republican Representative Bill Flores of Texas, the main sponsor of the bipartisan-backed House Resolution 5180, that “may be cited as the ‘Food and Fuel Consumer Protection Act of 2016.’” The resolution would cap ethanol usage at 9.70 percent of the year’s predicted gasoline supply, holding us to E10 gasoline and acting as a de facto death knell for the adoption of E15. Flores said the abundance of corn-based ethanol was “hurting consumer choices and increasing food and fuels costs,” and that a percentage-based approach could help the EPA actually reach its targets. The 9.7-percent isn’t far off the status quo – last year’s number was 9.52 percent, this year’s is 10.10 percent, the first time the EPA has gone for double digits.

Don’t wager on this becoming law, though. Last year the Obama administration floated the idea reducing ethanol use, and it went nowhere. Now we’re in an election year, The Force is strong with the ethanol lobby, and the lobby mouthpieces are already decrying HR 5180. The chances of anything happening this time around seem, yet again, rather slim.

‘Pee Wee’s Big Holiday’ Is A Smorgasbord Of Classic Cars