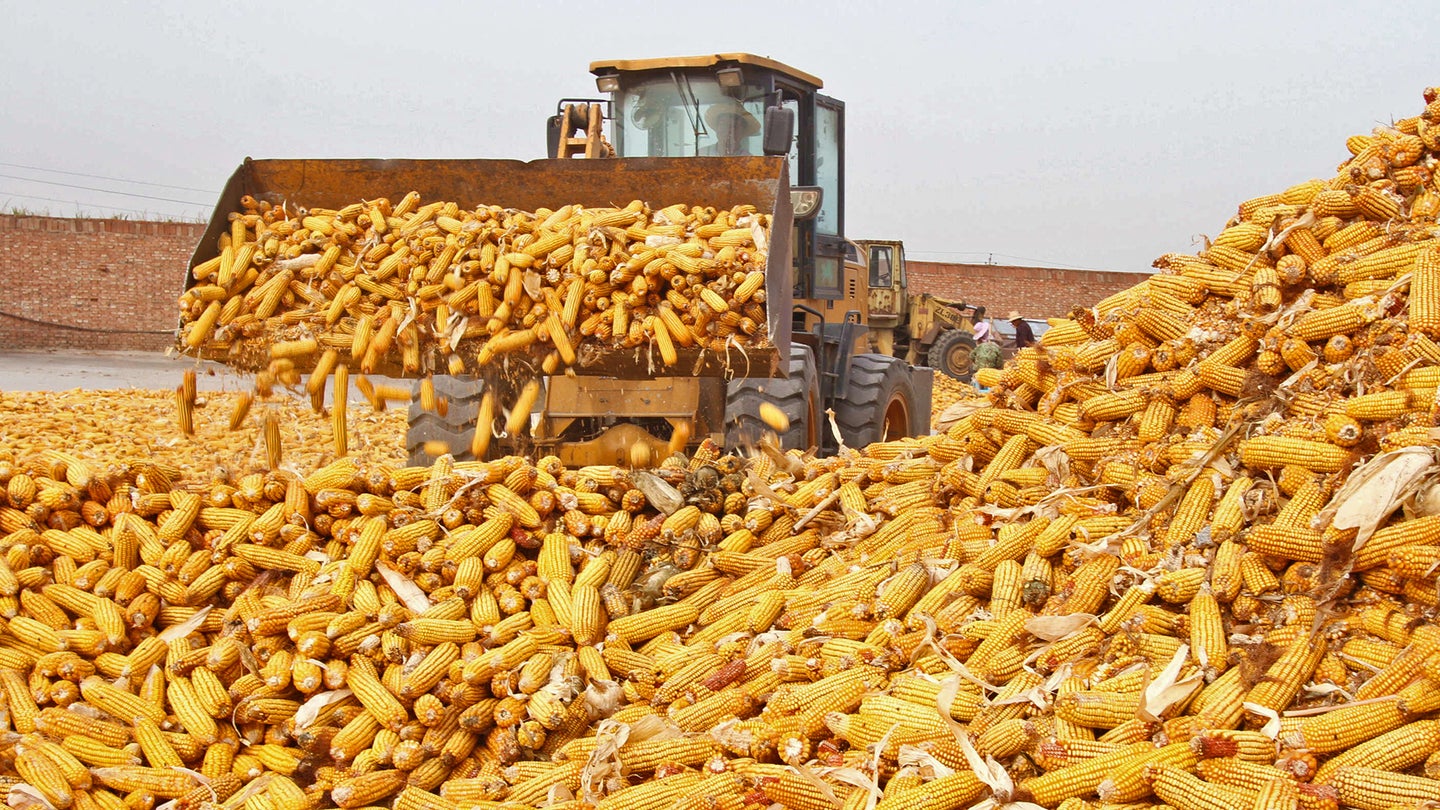 This is my inaugural column: a weekly take on the automotive world, covering news you may have missed and sprinkled with analysis and opinion like bacon bits (but hopefully better for you). This week, it’s all about energy, even when real energy policy has little to do with it—as with President Donald Trump’s plan to lift the ban on summertime sales of E15 gasoline, or gasoline blended with 15 percent ethanol. That’s up from the 10-percent E10 brew that’s become an octane-boosting staple in the era of unleaded gasoline.

Currently, the EPA has nixed E15 sales in warm-weather months. Running ethanol isn’t the issue; whether in E10 or E15, ethanol blends burn cooler and cleaner than pure gasoline, with reduced carbon monoxide emissions. Instead, the theory is that E15’s marginally higher Reid vapor pressure, or RVP, would worsen smog due to excess evaporation, including while you’re whistling Dixie at the pump. (However, other scientific studies, including a huge recent meta-analysis, argue that increased use of E15 would actually reduce urban smog and cancer-linked compounds in the atmosphere.) But I think even conservatives might agree that President Trump wasn’t weighing environmental arguments when he backed an always-controversial expansion of ethanol, whose government-subsidized production already sucks up nearly 40 percent of the nation’s corn crop. Instead, with midterms fast approaching, political vulnerabilities to shore up in corn-growing states like Iowa, and Kavanaugh-backing allies like Republican Senator Charles Grassley of the aforementioned Iowa to reward, Trump was weighing votes.

Political machinations aside, readers might be wondering what to do if they ever roll up to an E15 pump, aside from moving to the next nozzle over. I wouldn’t worry: Of the 143 billion gallons of gasoline Americans pumped last year, less than 0.3 percent of it was E15. Only about 1,400 stations in the U.S. dispense the stuff, out of roughly 126,000 stations overall. And unless you’re driving a car made before 2001, the 15-percent-ethanol blend won’t harm your engine. E15’s higher ethanol content does result in a loss of fuel economy—remember that ethanol contains only two-thirds the energy of gasoline—but it’s so negligible, at a roughly a one-percent drop versus E10, most consumers would never notice.

So what’s intriguing here isn’t the fuel you pump, but the energy players that are pumping politicos to gain an advantage in an incredible lucrative gasoline market: Americans consumed around $380 billion worth in 2017 at retail pumps, and the typical household spends 4.3 percent of its income to fill up every year. In one corner of this cage match, it’s Big Agra; in the other, Big Oil. It’s hard to decide who to root against.

Trump’s proposed ethanol expansion is obviously a huge political gift to Big Agra, including the likes of massive food production company Archer Daniels Midland. Yet Big Oil—an outfit that surely figured it was Trump’s bestie—is the sworn enemy of ethanol, and has been for more than a century, because even the tiniest drop of ethanol directly threatens their profits. Ethanol’s other enemies include market-based conservatives and think tanks such as the Cato Institute, which see it as a pure boondoggle.

Now, there are plenty of valid reasons to rip on corn-based ethanol, and I’ve done my share of ripping. Those reasons include market-distorting federal subsidies to Big Agra, or diverting the world’s valuable corn crop to make relatively inefficient fuel rather than feed hungry people or livestock, or the environmental degradation caused by expanding a corn crop that’s incredibly intensive in terms of water and petrochemical use. Promises from various fuel industries that ethanol or biodiesel could be produced affordably and at scale from cellulosic plant waste, algae or other easily renewable sources haven’t panned out—which has made the nation’s Renewable Fuels Standard, which governs ethanol and other biofuels, increasingly unworkable. That standard, signed by President George W. Bush in 2005, not only called for production of renewables to rise to 36 billions gallons by 2022, but mandated that half of that would come from cellulosic ethanol and other advanced biofuels. That’s not going to happen soon; in 2016, America produced 14.5 billion gallons of corn ethanol, along with a relatively puny 3.6 billion gallons of advanced biofuels that are finding tough sledding in the market.

But, in the interest of equal time: Ethanol does support domestic agriculture, farm jobs, and homegrown energy production. It currently displaces 10 percent of the fossil-fueled gasoline we’d otherwise be burning, including oil from the Middle East and other despotic regimes. Ethanol also makes for an unmatched, non-toxic octane booster and emissions-cutting fuel oxygenate, something that General Motors—including its visionary research director, Charles “Boss” Kettering—figured out a century ago. Standard unleaded gas is rated around 87 octane, with pure ethanol at 100. But molecular magic happens when ethanol is mixed into gasoline, with the resulting, no-knock blend performing as if it had an octane level of 112. In environmental terms, remember that the stuff is just pure, 200-proof grain alcohol. (A toast to it, then—perhaps in a nice E15 ethanol/lemonade blend.) Ethanol is biodegradable, and can’t contaminate groundwater. It’s also not a carcinogen, neurotoxin or genetic mutagen.

That’s in sharp contrast to lead, benzene, MTBE, or every other lethal additive the oil industry has bestowed upon a largely unsuspecting world. Big Oil, of course, is the well-funded player pushing anti-ethanol arguments all around the globe. The oil industry and its mouthpiece, the American Petroleum Institute, have vowed to fight Trump’s E15 waiver with everything in their arsenal, including familiar scaremongering over the supposed evils of mixing ethanol with their precious gasoline.

And if you need a reminder of Big Oil’s credibility on what fuel is good for us—that is, less than zero—try this sordid industry tale, The Secret History of Lead. It's recounted by my former Automobile colleague Jamie Kitman in a sterling investigative piece for The Nation. More than 90 years ago, a fledgling GM, its newly controlling DuPont family, and Standard Oil of New Jersey—known today as ExxonMobil—formed a new company, the Ethyl Gasoline Corporation. That company cooked up a scheme to put lead tetraethyl— a substance so virulent, it had gone unused commercially for more than 60 years—into gasoline to make them all a boatload of money. This all came despite Kettering—who had invented the electric starter that eliminated hand cranking and revolutionized automobiles—extolling the superior virtues of ethanol, including by demonstrating an ethanol-burning car for the Society of Automotive Engineers. But just months later, Kettering found himself heavily pressured by GM's new masters (including the DuPonts, who were switching their post-World War One business from gunpowder to petroleum-based chemicals) to come up with a fast, expedient, and more-profitable solution. A solution that, unlike alcohol that even home brewers were using to power cars, they could patent, own and control.

Henry Ford had built his own first car to run on what he called “farm alcohol,” and as late as 1925, proclaimed that ethanol’s “fuel from vegetation” would be the “fuel of the future.” Other adherents included Thomas Edison and Alexander Graham Bell. But especially in America, Big Oil was working overtime to crush this potential fuel competitor. The new leaded gasoline eventually swept the world, and wouldn't be outlawed in American gasoline until 1986. Its toxic emissions from automobiles, from 1920 forward, would ultimately be responsible for 90 percent of the lead in the atmosphere. As Kitman relates:

Since the virtual disappearance of leaded gas in the United States (it’s still sold for use in propeller airplanes), the mean blood-lead level of the American population has declined more than 75 percent. According to a 1988 report to Congress on childhood lead poisoning in America by the government’s Agency for Toxic Substances and Disease Registry…the blood-lead levels of up to 2 million children were reduced every year to below toxic levels between 1970 and 1987 as leaded gasoline use was reduced. From that report and elsewhere, one can conservatively estimate that a total of about 68 million young children had toxic exposures to lead from gasoline from 1927 to 1987.

So for all of ethanol's issues, it beats the hell out of the alternatives. That includes the MTBE that's been banned in California, with oil companies paying $423 million to settle hundreds of lawsuits over groundwater contamination. If ethanol could somehow be sourced at scale from something other than corn, this clean, alcohol-based fuel can still play an important role in our transition to renewable energy. "Transition" being the key word: With Big Oil on one side of this power play, and the likes of Archer Daniels Midland on the other, the ultimate answer for what should power our cars may be “none of the above.”