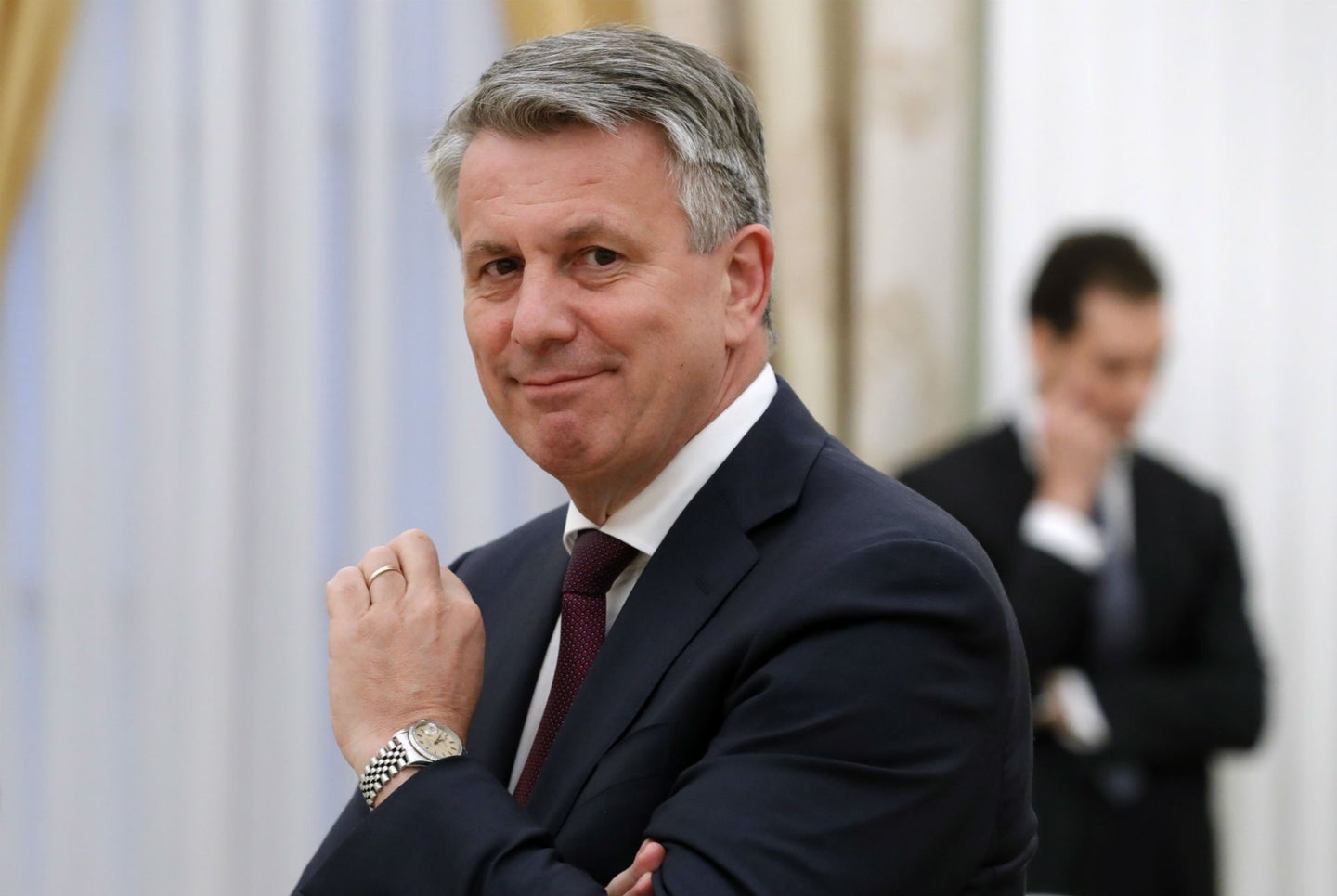 Shell Oil has been surprisingly supportive of the auto industry's electrification efforts, and now, the company's CEO, Ben Van Beurden, has said that his next car will be a Mercedes-Benz S550e hybrid. That's a big statement coming from the head of one of the world's largest petroleum companies. He currently drives a diesel Merc everyday, and by making the switch, Van Beurden will join the company's Chief Financial Officer who already drives a BMW i3, according to a spokesperson.

That being said, Shell won't be packing up from oil drilling and moving to charging stations any time soon. Though they've been introducing electric car infrastructure to existing facilities, it's unlikely that we'll see the fossil fuel giant transition away from its roots until absolutely necessary. Some oil companies, however, noted that the move towards electrification is inevitable, nudging President Trump to stay aboard the Paris climate accord, which he ... um ... didn't.

"The whole move to electrify the economy, electrify mobility in places like northwest Europe, in the U.S., even in China, is a good thing," Van Beurden said on Bloomberg TV Tuesday. "We need to be at a much higher degree of electric vehicle penetration — or hydrogen vehicles or gas vehicles — if we want to stay within the 2-degrees Celsius outcome."

A shift towards natural gas is also oncoming, Shell feels, and it bet that by buying the BG Group for $53 billion earlier on. Van Beurden claims that liquid fuels are still climbing, and could even peak as late as 15-20 years from now.

"If policies and innovation really work well, I can see liquids peaking in demand in the early 2030s and maybe oil will peak a little bit earlier if there's a lot of biofuels coming into the mix as well."

Bloomberg predicts that EVs could cut oil usage down 8 million barrels for day by the 2040s, a figure which is close to how much the United States uses every day.

In Norway’s utopian world of electric vehicles, things are not what they seem.