How to Build a Self-Driving Car: Forget About the Car

Automakers should start with the software, a leading autonomous drive expert says. 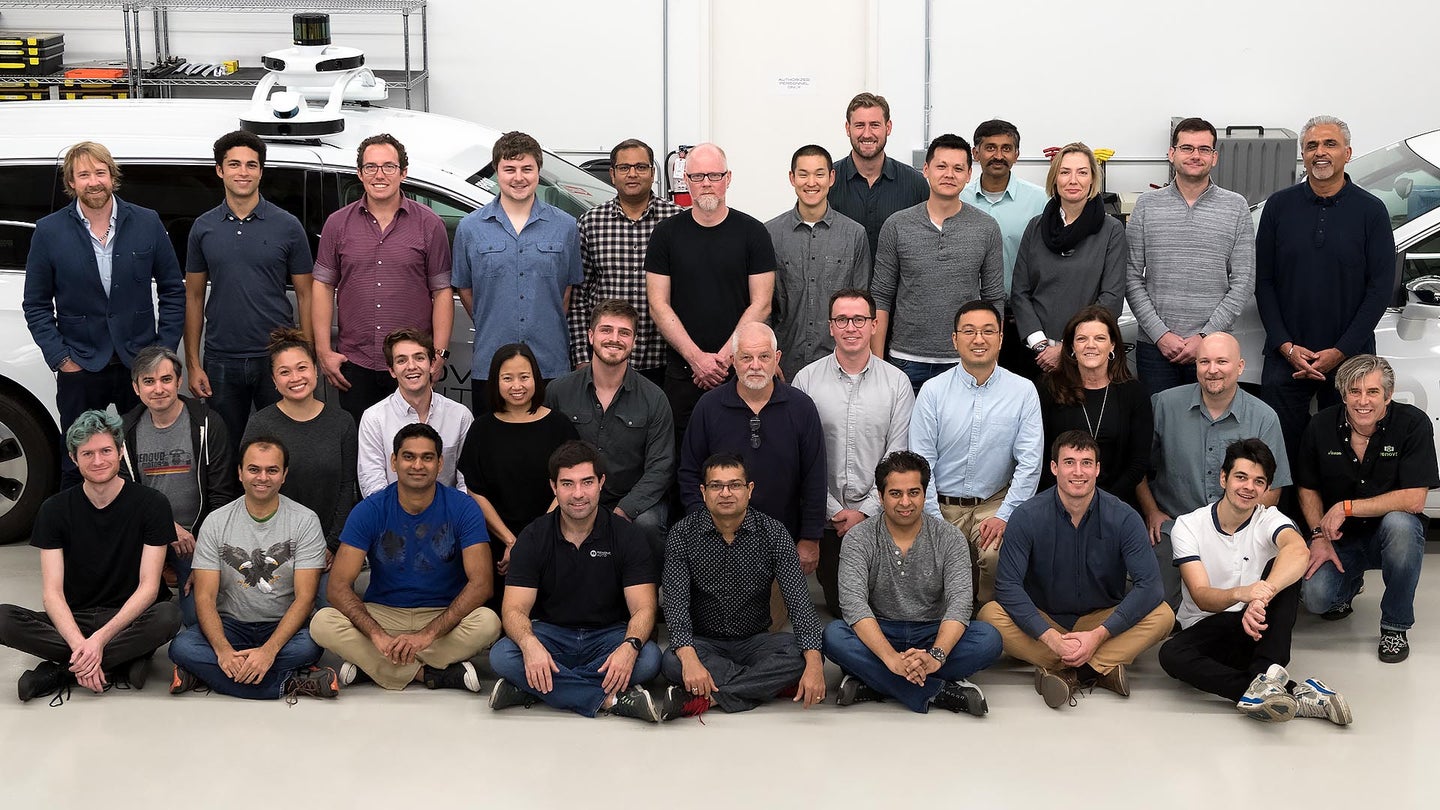 It is a foregone conclusion that the future belongs to self-driving cars. Now, Automakers around the world are faced with the question: How do we design and build the damned thing? For an answer, I turn to who I believe is a most neutral, and at the same time most knowledgeable expert, and I ask him: “Chris, how does one build a self-driving car?” I don't get the answer I expected.

Chris Heiser is the CEO of Renovo Auto. The former product manager at Internet grand-daddy Verisign founded the company nearly 10 years ago, together with Intel-engineer and vintage car lover Jason Stinson. Renovo produces the digital glue that holds the many parts of an autonomous car together. The glue is called AWare, some call it middleware, some call it an operating system. The job of AWare is to direct data traffic between cameras, LIDAR sensors, RADARs, the odd ultrasound transducer, the by-wire steering, so that developers can focus on building self-driving cars, instead of diddling with bits in a new sensor. That glue will help automakers achieve SAE Level 4 automation – eventually. Rest assured that Chris Heiser is very much interested in the future of self-driving cars. Also Heiser is no combatant in the camera vs. LIDAR holy war, his AWare works with and connects everything.

I have neither the wherewithal, nor the interest to build any car, so I ask Chris to assume Suzuki Motor Chairman Osamu Suzuki is on the phone. Suzuki’s global annual volume is around 3.5 million cars, all as reliable, ubiquitous, and as high-tech as a hammer. If the future really belongs to sensor-studded supercomputers on wheels, then Suzuki has a problem. Let’s assume Mr. Suzuki is asking Chris Heiser for help.

“Heiser-san, sumimasen, my people tell me self-driving cars are mote-mote,” I intone in a vain attempt at imitating the inimitable 89-year-old Suzuki. “What do I need to put into my cars to make them autonomous?”

“Don’t start with the car,” says Heiser. “You need to start with the software. Self-driving cars are not an electronics-, or hardware-, or even a computing challenge. It’s a software challenge.”

“Wakatte naine, you don’t get it, Heiser-san,” replies the imaginary Osamu Suzuki . “Suzuki Motor is 109 years old. It’s so old, it’s even older than myself. We’ve been making cars since before the war. Our cars are as useful and as high-tech as a hammer. And you are telling me I should throw them away, and become an otaku, a geek? Not in my life, Heiser-san.”

Heiser is unperturbed: “Autonomous isn’t something you buy at a supplier and stick it in a car. You need to start with the software and the mission definition. What’s the mission, how do we get there, and let’s build a business case around it. You need to ask yourself: When the car is autonomous, what will it do? Is it owned by a person, or by a fleet, will it run in the city, in the countryside, will it go on the freeway, does it have to deal with fog, or with snow.”

“Yes, yes, yes, and yes,” answers the virtual Suzuki. “We make three and a half million cars a year. Half of India drives a Suzuki. And you are telling me we should make cars that only work when the sun is shining?”

For Heiser, a self-driving car is a Level 4 car, a car that can truly drive itself, except when and where it can’t. Heiser explains to the make-believe Suzuki that truly self-driving cars aren’t quite ready for snow, fog, or the monsoon in India. And not only therefore, they aren’t quite ready to be run down assembly lines by the millions and sold in all corners of the world. “India and Mountain View have a lot of differences. The idea of training a system in Mountain View and exporting it to India probably is not that valid. One size does not fit all.”

For Heiser, developing a self-driving car is as hard as going to the moon, “probably harder, because you’ll have to do moonshots at scale.” To his OEM clients, he recommends not to start with the Atlas rocket of the autonomous space, but to start with a few targeted missiles, and learn.

He recommends not to try to find out how to take the driver out of a car, but to think how an autonomous vehicle can provide a new revenue opportunity.

When a shocked simulated Suzuki asks: “A self-driving car will cost THAT much?” Heiser explains that for Level 4, a car needs a multitude of sensors for redundancy, and “a computer that is the size of a suitcase and that needs multiple kilowatts of power.” When the presumed Suzuki asks how Tesla can claim “full self driving” for a computer that doesn’t demand more power than a conventional light bulb, Heiser diplomatically answers that “it is not clear how to do it without a lot of electrical and processing power and without a big sensor network. If Tesla wants to accomplish the same thing with a fraction of the cost and the computers, then I think we need to see the proof of that. It hasn’t been shown yet.”

Oddly, as long as electricity remains precious, self-driving cars and electric vehicles will remain at odds with each other. True Level 4 autonomy demands a small data center in the trunk, “10 or 20 notebooks bundled together, it’s CPUs, GPUs, and a ton of storage. Low power silicon does not have the required capacity. If anything, we’ll be going in the opposite direction. What the software designers are looking for is more detail, more resolution. I don’t see power consumption dropping from many kilowatts to a few hundred next year.“ The prohibitive price of true autonomy can be brought down by specialization. A robotaxi for the city does not need expensive long-range sensors, a highway truck won’t need the all-around acuity of a robotaxi.

It quickly becomes clear that the man who lives off making cars autonomous doesn’t think it will happen overnight. To his clients, Heiser recommends to start with highly specialized, narrowly defined solutions, like trucking, robotaxis, or fixed-route campus shuttles, and to ask themselves: “Do you really want to build a general-purpose Swiss army knife that does everything evenly poorly, or do you want to build a very specific product that does one thing really well?”

The biggest obstacle on the long road towards an autonomous car that is born out of software remains Osamo Suzuki, his peers in the C-suites of major OEMs, and the culture they grew up in. “I don’t know many OEMs with a C-level position that has ‘software’ in its title,” muses Heiser. “Cars have been built around powertrains and aerodynamics, and now they are supposed to be designed around software. When OEMs think of software, their thoughts are completely different from a data scientist. Sure, there are lots of computers in our cars, tucked away in black boxes. Basically, they are the old mechanical systems that were replaced by digital systems.” On top of it, those black boxes used to be brought in by suppliers who in turn worked with consultants to code the black box software. That culture changes slowly.

Says Heiser: “In the software world, thousands of people collaborate to build very complex pieces of code. Hundreds of companies are working together, and they create platforms, frameworks, APIs. That is the exact opposite of the automotive world. By design, they are trying to limit the ability of other people to disrupt, and they build walled gardens. Those walled gardens won’t work when you build complex systems. OEM that are a little behind need to leverage work that has already been done, and not try to do it all by themselves.”