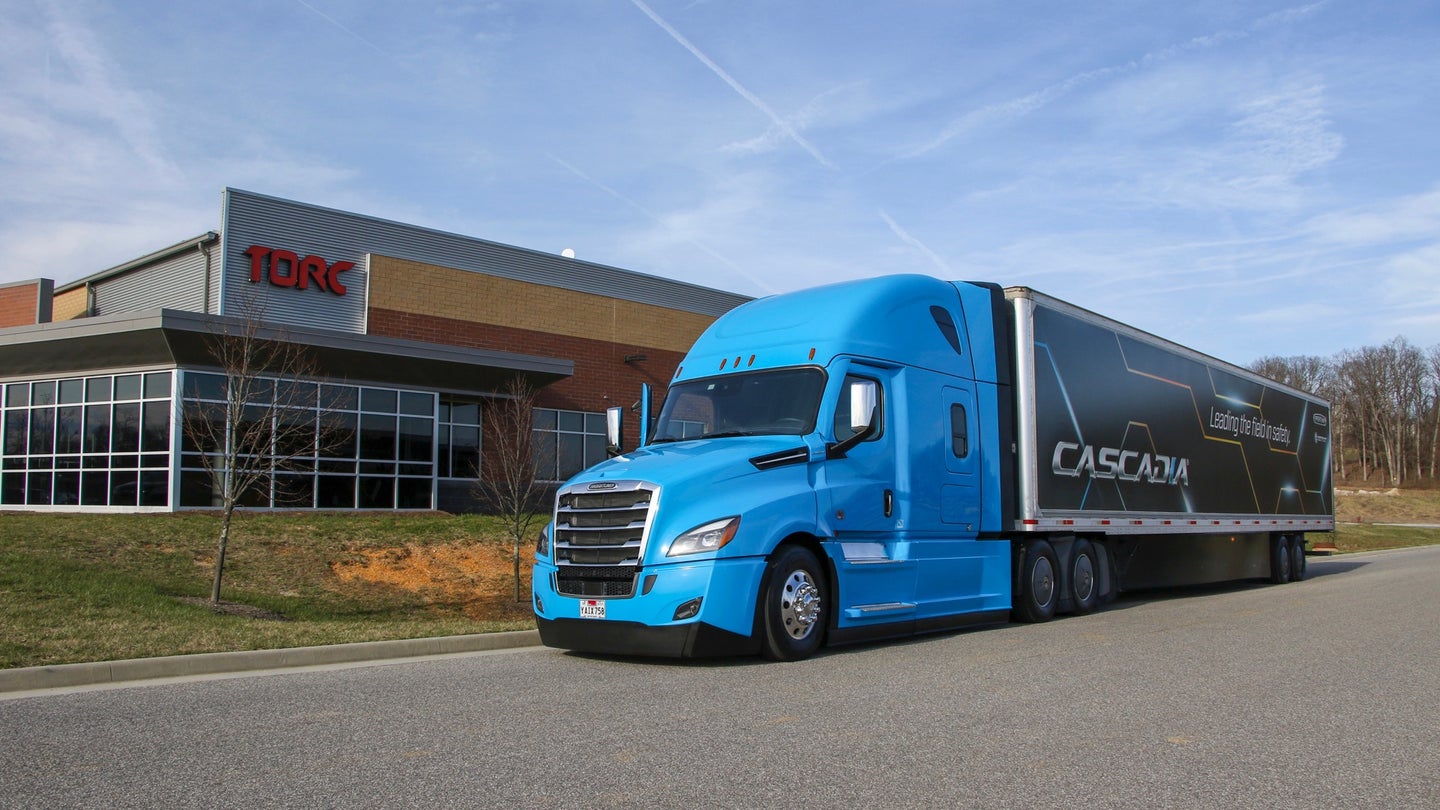 Daimler Trucks is taking a major step in the development of self-driving trucks. The German firm will acquire a majority stake in Torc Robotics, a Virginia-based company that has been working on autonomous vehicles for over a decade.

Torc Robotics was founded in 2005 by veterans of the Defense Advanced Research Projects Agency (DARPA) challenges of the early 2000s, an effort by the military to kickstart development of autonomous vehicles. Torc has kept a lower profile than other autonomous-driving tech companies but has tested prototype self-driving cars in its hometown of Blacksburg, Virginia, and in Las Vegas. Torc's autonomous-driving system is named Asimov, after science-fiction writer Isaac Asimov. He wrote I, Robot, so the reference is appropriate.

Daimler Trucks did not say how much it plans to pay for its stake in Torc (which is still subject to regulatory approval) but did mention it hopes to leverage Torc's expertise to develop self-driving trucks. The company said it is "working on a truck chassis perfectly suited for automated driving, particularly the redundancy of systems needed to provide the maximum level of reliability and safety."

Under the agreement, Torc will retain its name, staff, and Virginia headquarters. Staff will continue to develop the Asimov autonomous-driving system in Virginia, while also working with Daimler Truck's North American research and development center in Portland, Oregon.

Self-driving trucks are a growing business. Startup TuSimple currently operates test trucks in commercial freight service in Arizona, while Waymo launched a test program in Georgia last year. Anthony Levandowski, the engineer who triggered a massive trade-secrets lawsuit between Uber and Waymo, has discussed plans to launch a new startup dedicated to autonomous trucks. As with self-driving cars, truck automation is expected to boost safety and efficiency. But self-driving trucks face opposition from professional drivers who don't want to lose their jobs to machines.