While going off-road autonomously may seem like a new idea; however, it's actually a throwback to the early days of self-driving car development. 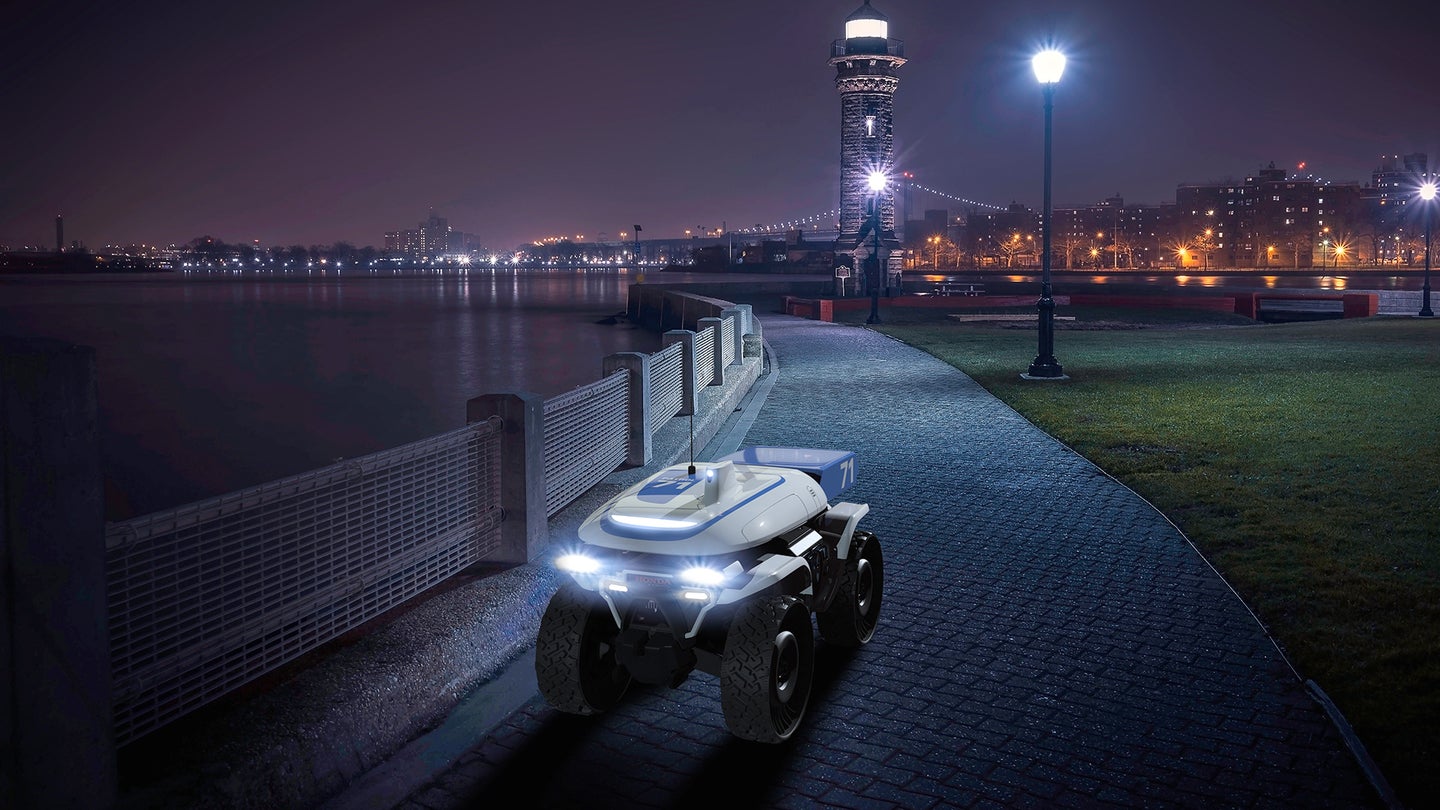 The modern-day surge in autonomous driving research and development can largely be traced to a single event: the 2004 DARPA Grand Challenge. That Pentagon-organized competition, held on a 150-mile course, saw exactly zero of the 15 entered vehicles making it farther than 11 miles. The teams learned a tremendous amount from the experience, however; the next year, five vehicles completed the entire course, thus setting the stage for the next phase of vehicular autonomy to begin.

But perhaps the most interesting part of these two largely forgotten races is that they were held entirely off-road, with the vehicles finding their own routes and navigating the craggy, treacherous terrain entirely on their own. In the years since—in fact, immediately after those competitions—interest shifted to on-road autonomy, for fairly obvious reasons: Most of the world would benefit more from cars and trucks navigating asphalt than it would spry ATVs bounding around with big knobby tires. (The next DARPA challenge, in 2007, was held on an urban course.) Of course, the R&D for the off-roaders continued at its own pace with niche robotics manufacturers and funded by industry and the military—and occasional sparks of interest from mainstream manufacturers—but largely fell off everyone’s radar.

Honda, however, might be about to help nudge off-road autonomy back into mainstream consciousness with a new robotic sidekick. First unveiled at CES in 2018, a new version of the rugged Honda Autonomous Work Vehicle will be shown off in a few weeks at the next CES, with a year’s worth of new testing and development under its belt. The company has honed the drone’s ability to navigate unpredictable, unmapped terrain in the service of several different potential users, including firefighting, search-and-rescue, construction, agriculture, landscaping, and snow removal. It’s based on a four-wheel-drive Honda ATV, with both gasoline and fully electric versions, and it uses GPS, sensors, and algorithms to learn its surroundings and wriggle its way through them. It can even be outfitted with an endless array of accessories and attachments, from robotic arms to communications equipment.

According to Pete Wendt, Honda R&D Americas’s senior product planner, the idea to pick up off-road autonomy sprang from a brainstorming session held about three years ago. “We’re tasked with creating new segments—ideas that don’t exist in the marketplace,” he said, citing the three-wheeled ATV Honda launched 50 years ago as an example. “Someone suggested an autonomous cooler that would follow you around. That became our top-voted item of the day. But no, we’re not going to make an autonomous cooler, so we took the idea and upgraded it to a super-versatile work platform.”

In the last year, the HAWV has been trial-tested by three different groups, including a solar panel facility manager in North Carolina, where it was used to mow lawns. “They have a big problem with weeds that can block the solar panels on hundreds of acres of property,” Wendt said. “It’s a huge cost to send in crews to cut them down manually, so they tried goats. Those worked great except for the fact that they also ate the wiring around the panels. Then they tried sheep, but they’re more selective about what they eat, and they didn’t go after all the weeds. So they used the vehicle to go out and cut these things down quickly and efficiently.”

After successfully putting hundreds of goats and sheep out of work, the vehicle will next be adapted for inspections and maintenance tasks for the panels themselves. Honda is also working with the University of California, Davis, in its agricultural mechanization effort, where the robot can be used for everything from precision pesticide application to picking fruit off trees to transporting harvested crops out of the fields, and with wildfire prevention authorities in Colorado.

In that case, the robot will work to help fire crews carry gear into remote locations. Each firefighter must typically carry up to 60 pounds of equipment, including axes, safety gear, and five gallons of water; transferring that load to a robot that can keep pace over difficult terrain would dramatically reduce fatigue and increase the speed with which crews can battle the fires. The robot has a “follow me” mode, in which the robot will identify the user's shape and appearance at the press of a button, then lock on to them and keep pace until instructed otherwise. The robots can also be sent up to nearby peaks to serve as radio communications relays—a task that currently requires dispatching one of the human crew members to do.

Significant challenges remain, and Honda is still early in its development for the work vehicle. They’re determining the best suite of sensors—lidar, camera, radar, thermal, etc.—and teaching the vehicle how to interpret its environment. For instance, tall grass might look like a wall to a visual sensor, when in fact it can easily be driven through. Though a product of the U.S.-based research team, the group has partnered with Honda’s Japan-based advanced technology HGX division for the autonomy aspect.

The baseline capabilities are there, though, with the ATV’s low center of gravity, locked axles, and powerful motors, it can navigate steep grades and bound easily over rocks and fallen trees. The range depends on the payload, but Wendt says it's certainly significant enough to be useful—figure several hours of operation across miles of terrain.

Ultimately, Honda sees its autonomous off-roader as a versatile tool for users, with the same unit able to mow lawns, plow snow, transport gear, and monitor equipment, whereas most autonomous agriculture or commercial robots are single-function devices. It could also presumably be adapted to carry people off-road, whether in search-and-rescue contexts or simply in order to enable safer traversal of rocky terrain for inexperienced riders. At the very least—assuming Honda does branch out to more consumer applications—it could also be a (probably pricey) way to tote gear in and out for a few nights of backwoods camping. Even, say, a cooler….