Watch What Torc Robotics’ Self-Driving Car Does on Snow Days

Autonomous cars must be able to work year round. 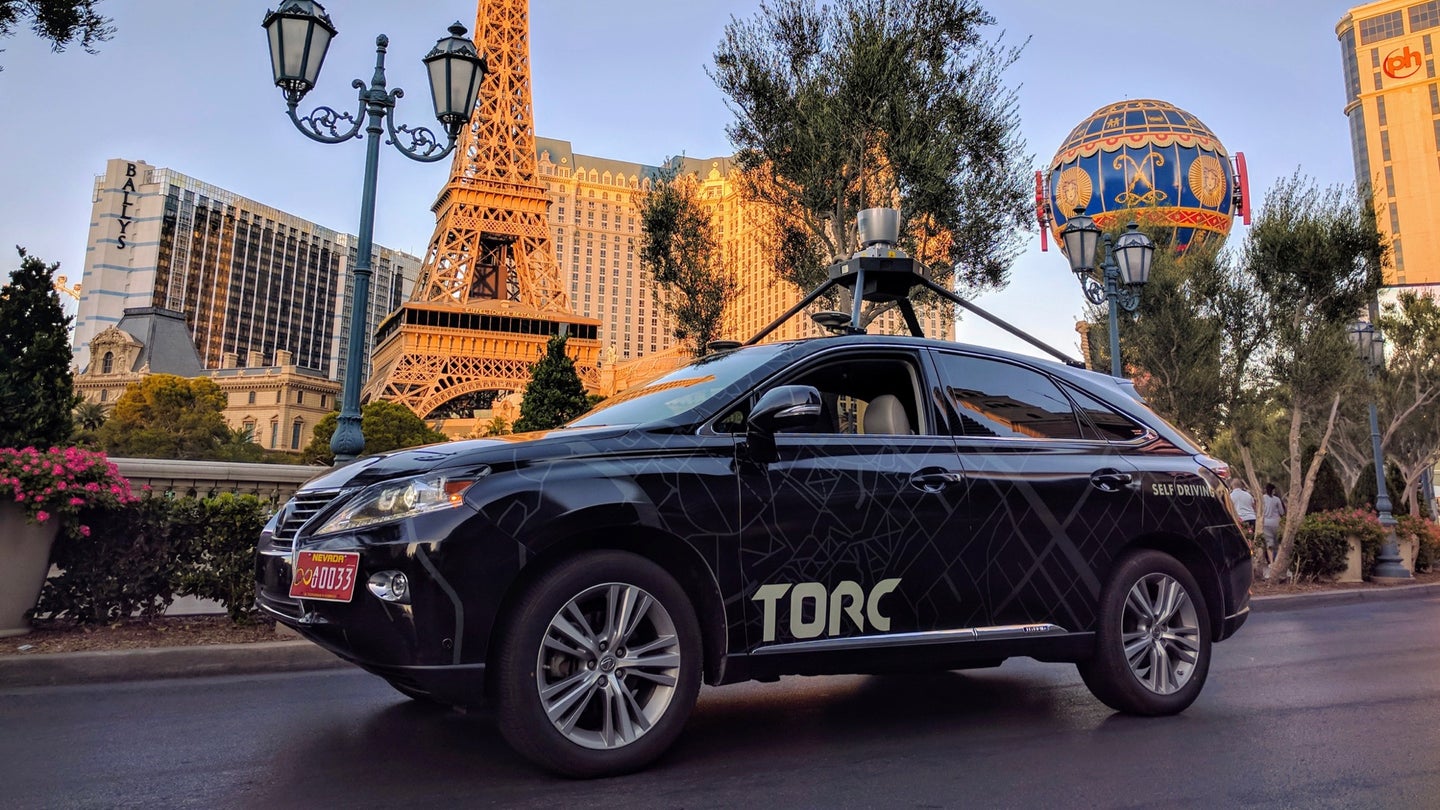 Self-driving cars have to be able to perform in the same conditions as human drivers, including bad weather. So, Torc Robotics sent one of its autonomous car prototypes out into a snowstorm in the town of Blacksburg, Virginia.

The autonomous Lexus RX navigated surface streets and stretches of highway with a human safety driver onboard. Multiple companies have released videos of winter tests involving self-driving cars during the past few months, but Torc's is a much better approximation of real-world conditions. The company sent its car onto crowded public roads, with plenty of other vehicles and pedestrians around.

Founded in 2005, Torc is unusual among self-driving car startups because it calls Virginia home rather than Silicon Valley. In February 2017 the company began testing its pair of Lexus RX development mules on public roads under "Project Asimov." Named after I, Robot author Isaac Asimov, the goal of the project is to develop and demonstrate a complete autonomous-driving system.

Torc took its self-driving cars to the sunnier environs of Las Vegas for CES 2018, where it also announced a partnership with AAA to develop self-driving car safety standards. Torc will likely need to secure additional partnerships with automakers or tech companies to commercialize its tech.

More companies, particularly ones based in snowy countries like Finland and Russia, are testing autonomous cars in winter weather. Waymo brought autonomous cars to Michigan last winter to see how they would fare in the snow and cold. But the sun may pose its own problems for self-driving cars as a new report claims solar storms could disrupt the connection between cars and GPS satellites.