The 30th anniversary of the solar car race shows how far technology has progressed since its inception. 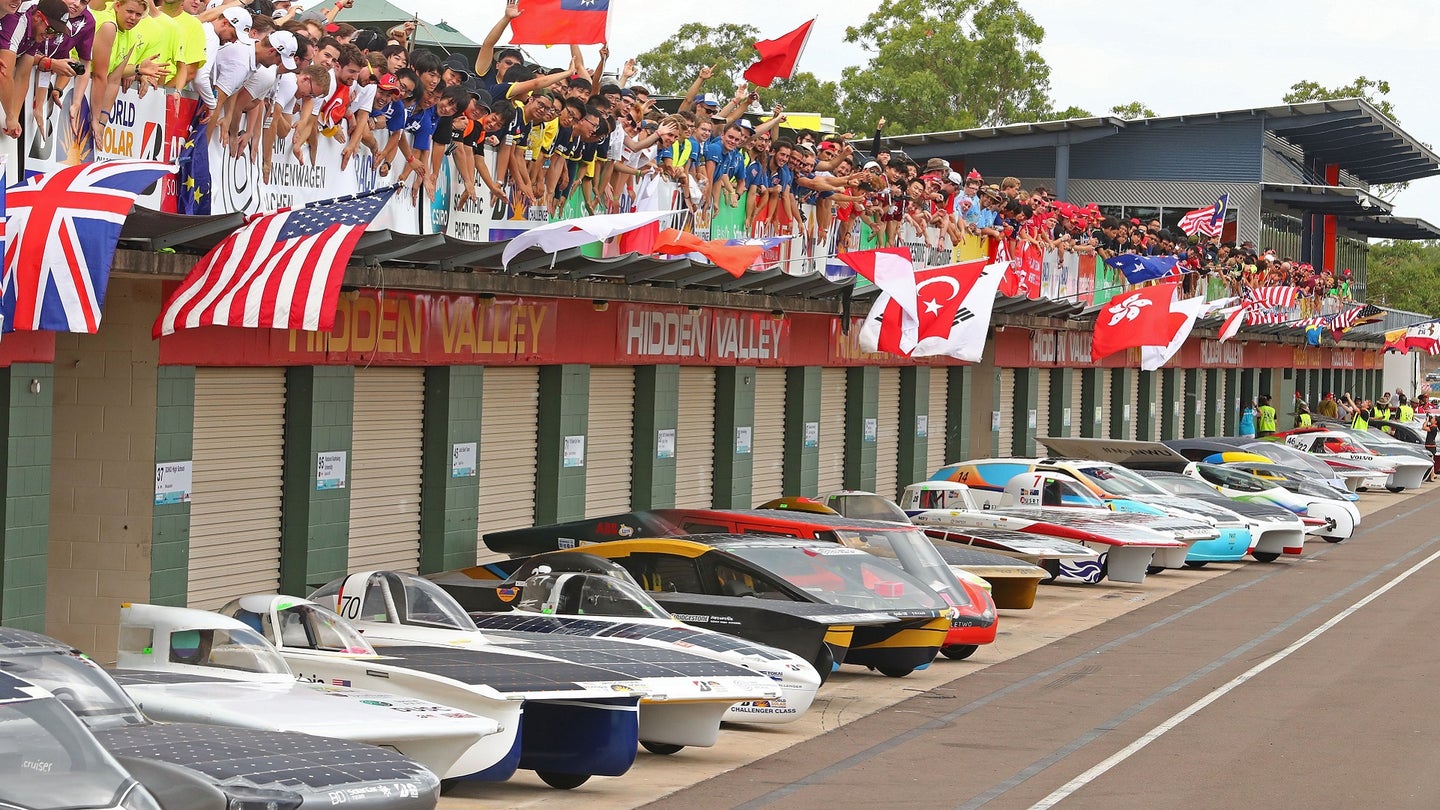 Sunday marked the beginning of the 2017 Bridgestone World Solar Challenge, a solar-powered car race across Australia. The race begins in Darwin, on the north coast of Australia, and runs 1,880 miles south to Adelaide, on the south coast. This year marks the 30th anniversary of the event. It ran every three years starting in 1987 and every other year since 1999.

Advances in solar panel technology have also had an effect on the World Solar Challenge. Cars competing in this year's race may have no more than 43 square feet of solar cell surface area, reports Engadget. That's down from nearly 65 square feet allowed in the last race in 2015, and half the area allowed in the 1987 race. Today's solar panels are more effective, and the cars are using the power they generate more efficiently.

We're still far from having mass-produced vehicles that run on solar power alone. But with many auto manufacturers announcing a major shift to electric vehicles, these improvements in solar technology could help address the issue of range anxiety. What easier way could there be to recharge your car than to let it sit in the parking lot at work? Some cars, like the Nissan Leaf, are already available with small solar panels to help run accessories. Perhaps in another 30 years, the World Solar Challenge will include a category for production cars since there might just be some that would qualify.