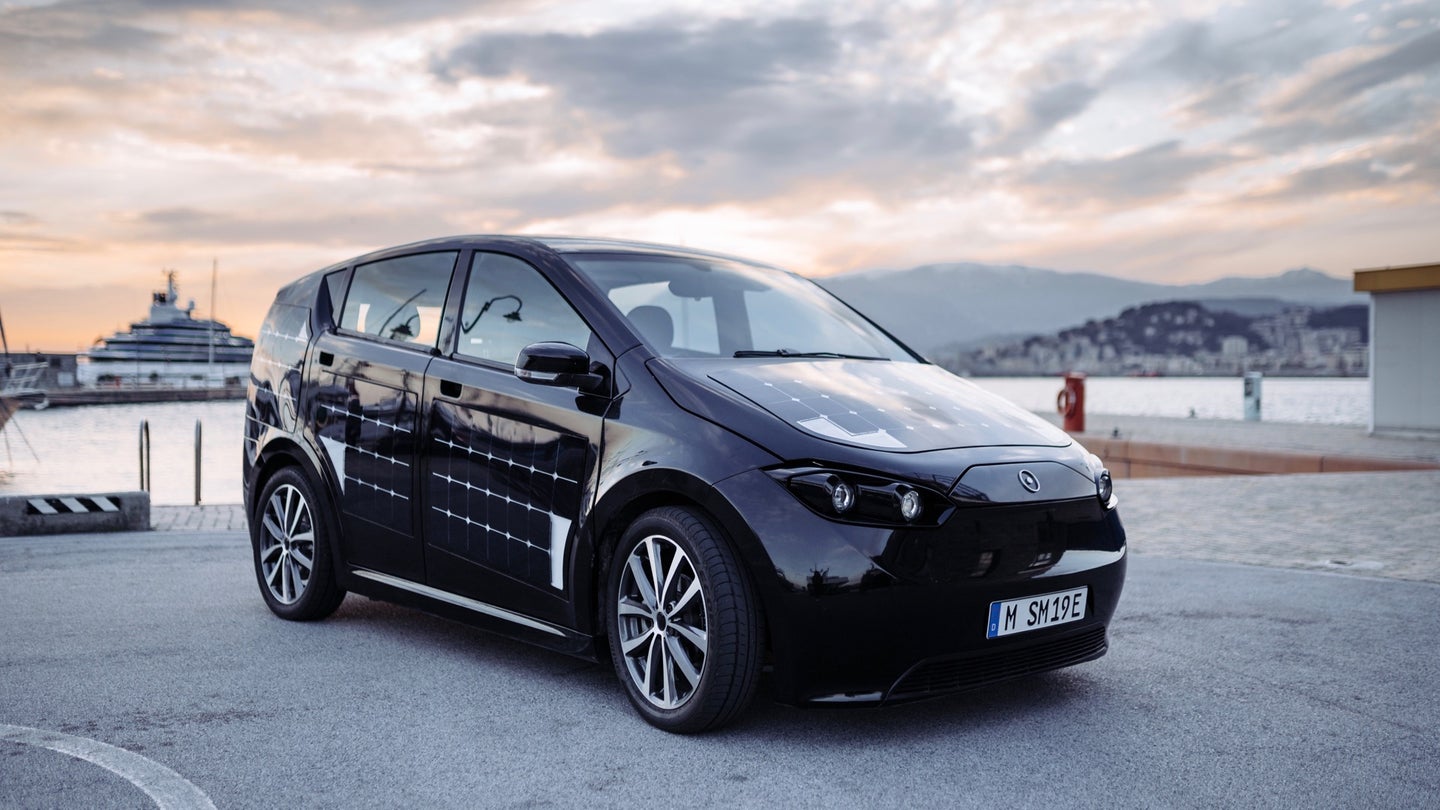 German startup Sono Motors has reached an important milestone in the development of its Sion, an electric car powered by a mix of batteries and built-in solar panels. Sono is completing final development work ahead of a planned production launch next year, reports Reuters.

The Sion (not to be confused with a certain defunct Toyota division) has 330 solar cells embedded in its roof, hood, and body sides. It can also be charged by plugging in, just like a conventional electric car. Sono previously said the cells could provide up to 18 miles of driving range under certain conditions. But it's unclear how practical the solar panels will be in the real world.

Solar cars are nothing new, but they're mostly purpose-built affairs designed for efficiency contests like the World Solar Challenge. The only large-scale commercial application of automotive solar panels so far has been solar roofs, like the one Panasonic designed for the Toyota Prius Prime, which provide a very small amount of electricity.

That means Sion drivers may end up relying on the battery pack to get around. Sono previously said it would offer two battery packs, with the larger option offering 193 kilometers (120 miles) of range. But now the startup says it will offer options with up to 250 km (155 miles) of range. The battery pack doesn't come with the car: customers can lease it, or buy it upfront for 4,000 euros ($4,636). That's in addition to the 16,000 euros ($18,450) purchase price for the car itself.

Aside from its solar panels, the Sion has one other novel feature. It uses moss for air filtration and humidity regulation in the cabin. Think of it as nature's air filter. Sono claims the moss doesn't require watering, or any other special care.

Sono claims to have around 5,000 pre-orders for the car, and plans to start production in the second half of 2019. The startup has already pushed the production-start date back once, so don't be surprised if it's delayed again. Other electric-car startups have underestimated the difficulty of building cars on a large scale, and Sono's use of solar cells adds another question mark.