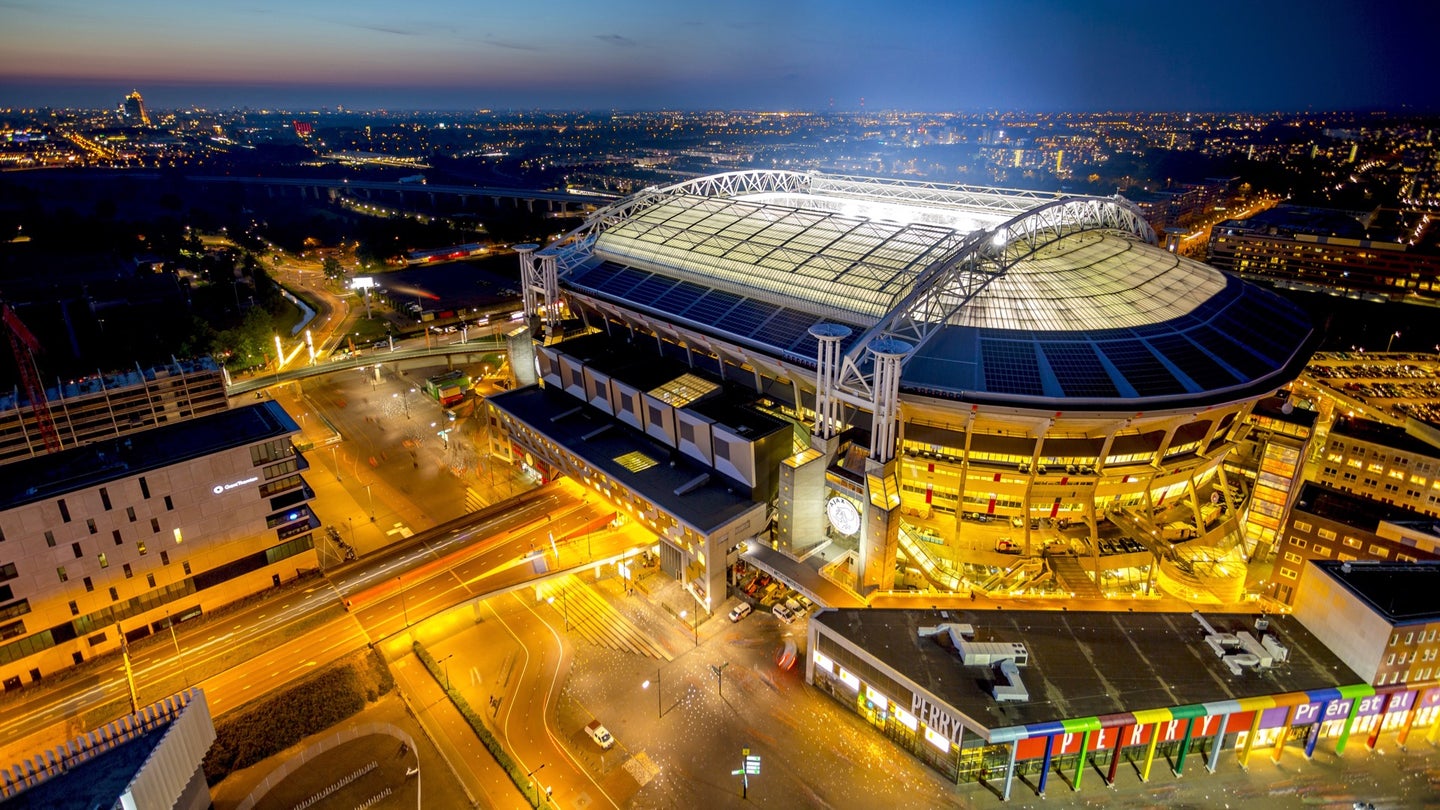 Amsterdam's Johan Cruijff Arena is now powered by Nissan Leaf electric-car batteries. A new energy-storage array comprised of new and used Leaf batteries will give the arena a more stable power supply, and allow it to utilize more renewable energy. Nissan claims the installation is the largest of its kind in Europe.

The 2.8-megawatt-hour system has the equivalent capacity of 148 Nissan Leaf battery packs. These packs are just as capable of storing energy from the grid or renewable sources, like the 4,200 solar panels on the arena's roof, as they are of powering a car. And even after they have degraded too much for automotive use, battery packs still have plenty of usable capacity for energy storage.

Energy storage allows Johan Cruijff Arena's operators to use more solar power. The batteries can collect excess energy when the sun is shining, and store it for use when the sun isn't shining. Energy storage also puts less strain on the grid by flattening out the peaks in demand that occur, say, when a concert is held at the arena. The batteries can also act as a backup power source in the event of outages, according to Nissan, lessening use of diesel generators.

Nissan previously experimented with energy storage in a project to use old electric-car batteries to power streetlights in the Japanese town of Namie. It's French partner Renault is using electric-car batteries for an energy-storage project on an island off the coast of Portugal. Hyundai plans to sell used batteries, anticipating a growing supply as electric cars become more common. Tesla has already made energy storage a major part of its business alongside making cars.

But Nissan is attempting to sell its battery division, Automotive Energy Supply Corp. (AESC). The automaker recently canceled a sale to China's GSR Capital, claiming the firm could not come up with the funds needed to make the purchase. Nissan plans to purchase batteries from an outside supplier for its future electric cars, and plans to continue growing sales. That should leave plenty of used batteries for energy storage.