Nissan Commemorates 100,000 Leaf Sales in Japan by Ripping Its Top Off

Nissan got so excited about the Leaf reaching six-figure sales in Japan that it tore the top from its EV, Leafing nothing to the imagination. 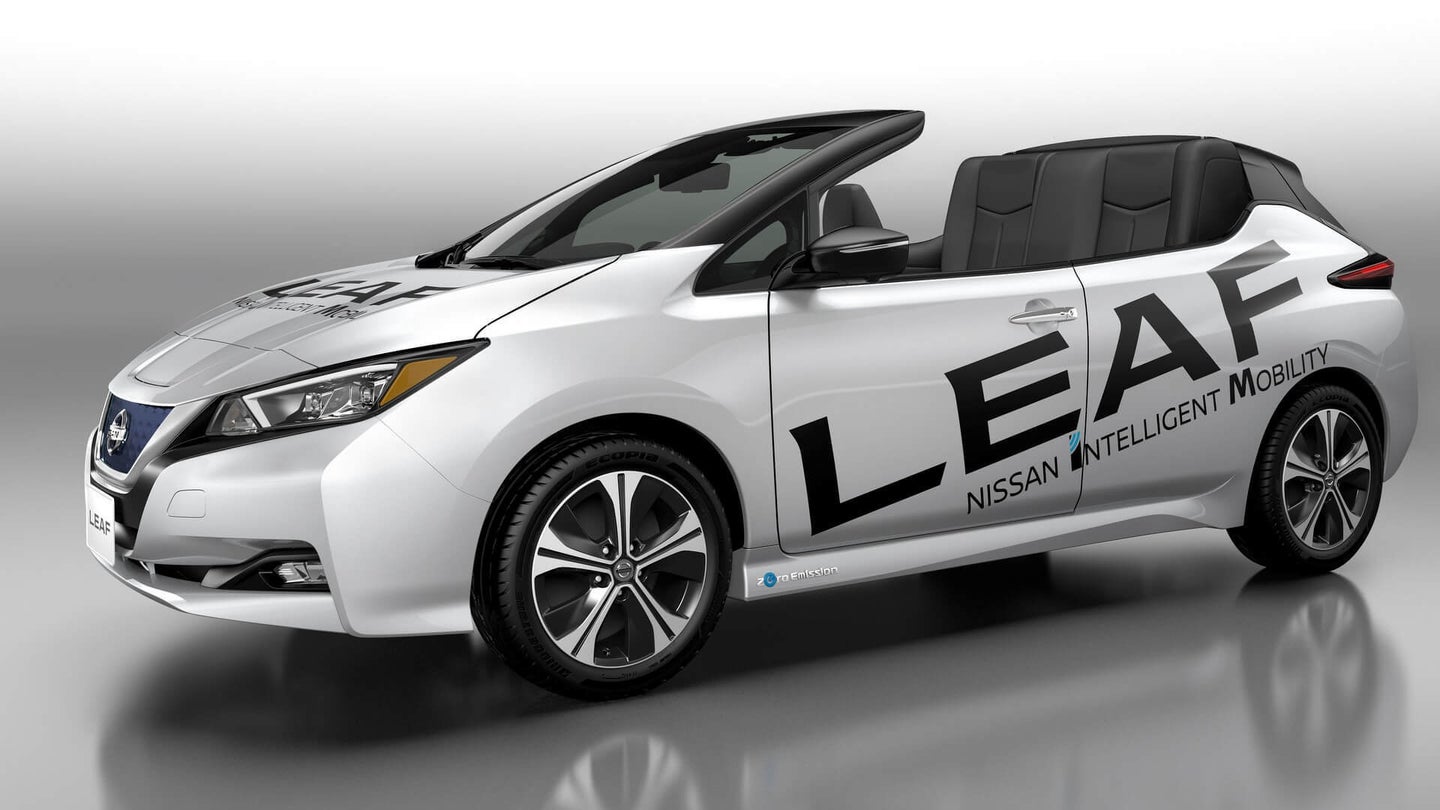 Nissan announced Friday that sales of its Leaf electric vehicle exceeded 100,000 in the company's home market of Japan, which it celebrated with a "zero-emissions forum" in Tokyo, attended by government officials and company executives. At the event, the brand showcased a roofless Leaf electric vehicle, which it calls the Leaf Open Car, derived from the design of the new generation of Leaf that debuted in 2017.

"100,000 Nissan Leafs is just the beginning," stated Nissan's Executive Vice President, Daniele Schillaci, in the company's release. "Nissan Leaf drivers are incredibly loyal, and many will make their next vehicle purchase an EV also. Together with our customers, we’re committed to moving toward a zero-emission future."

"As electric vehicles continue to increase in popularity all over the world, we have the opportunity to create the ideal future of a zero-emission society," added Asako Hoshino, senior managing officer. "As an EV pioneer, Nissan is committed to our electrification strategy, which reduces emissions."

Nissan has big plans for its well-received Leaf EV, which passed 300,000 global sales in January, putting it still ahead of Tesla's reported 300,000 sale milestone in February. Nissan showed off a Nismo Leaf concept car in October, which if produced could undercut the upcoming Tesla Model 3 Performance electric sports sedan by tens of thousands of dollars; the Tesla will cost up to $78,000.

As for the Leaf Open Car, Nissan says it has no plans to mass-produce it. A shame, as the world could use an affordable electric convertible—only the BMW i8 Roadster and last-gen Tesla Roadster come closer to fitting the bill at present. Maybe we'll just have to wait for the next-gen Tesla Roadster.