It's another example of how electric cars and renewable energy are intertwined. 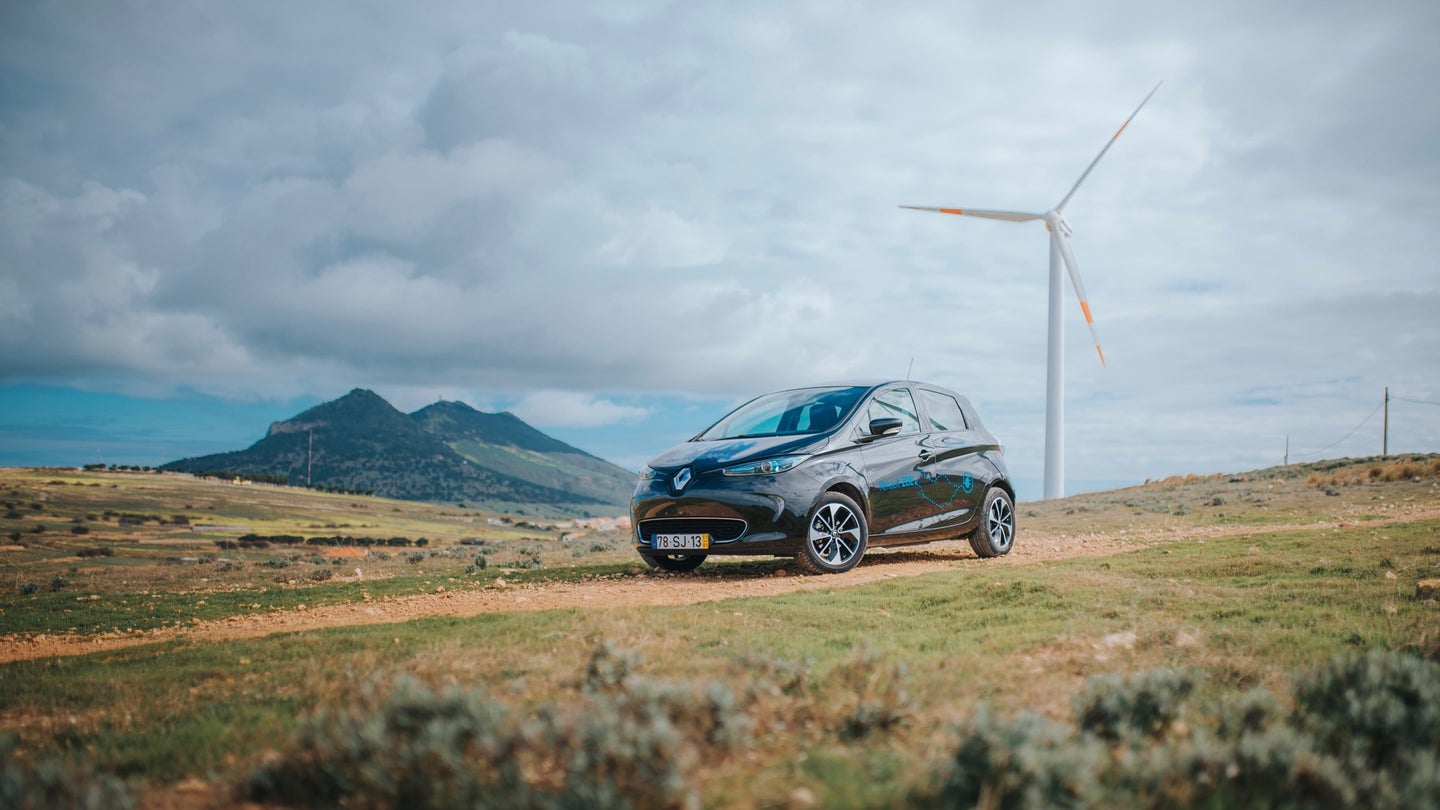 In the best Bond villain tradition, Renault has taken over an island. But the automaker's intentions aren't malevolent. Renault plans to use this "Smart Island" to show how electric cars and renewable energy can eliminate fossil fuels.

Renault is working with the government of the Portuguese Autonomous Region of Madeira and electric utility Empresa de Electricitade da Madeira to power the island of Porto Santo using only locally-generated renewable energy. Wind turbines and solar panels will be paired with used electric-car battery packs, and electric cars on the island will also be able to discharge power back into the grid if needed.

Located in Portugal's Madeira archipelago, Porto Santo is a good testing ground for this technology. It's small (16 square miles) and sparsely populated (5,483 total residents), so electricity demands are manageable. The fact that Porto Santo is an island provides an added incentive to switch to renewable energy since it eliminates the need to import power or fuel from the mainland.

The "Smart Island" project will roll out in three phases. In phase one, Porto Santo residents will be given 14 Renault Zoe hatchbacks and six Kangoo ZE vans to drive, supported by 40 charging stations. By the end of 2018, Renault will set up a "vehicle-to-grid" (V2G) system that will allow these electric vehicles to discharge power back into the grid while they're parked.

In phase three, Renault will introduce so-called "second-life" battery packs to store electricity generated by Porto Santo's wind and solar farms. These are old battery packs from electric cars that have degraded too much for continued automotive use. But they still work fine for soaking up the extra electricity generated by the wind turbines and solar panels and storing it for later use.

Renault isn't the only company trying to combine used electric-car battery packs and  V2G systems with renewable energy. Tesla's massive Australian battery farm has shown the concept can work on a much larger scale, and Renault partner, Nissan, is experimenting with V2G as a way to use electric cars as "virtual power plants." Electric cars are developing a symbiotic relationship with the energy infrastructure that powers them.