An onboard battery pack can power this camper for up to a week, according to Nissan. 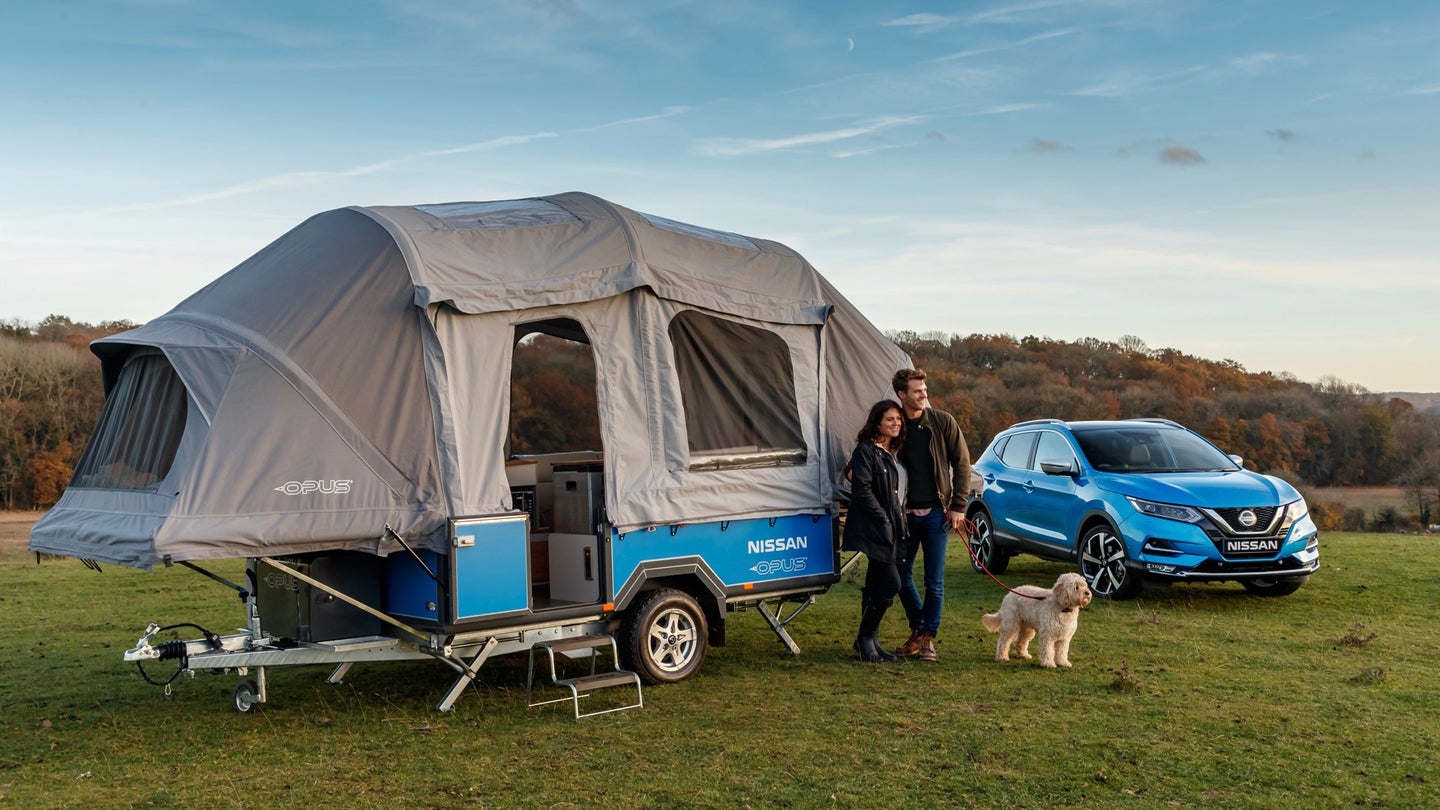 It appears that electric-car batteries can be used to power lots of other things, and that's something Nissan is eager to prove. The Japanese automaker has used batteries from its Leaf to power a Dutch stadium, and even its own North American headquarters in Tennessee. Now, Nissan has teamed up with Opus Campers to create a battery-powered pop-up camper.

Unveiled at the Caravan, Camping, Motorhome Show in Birmingham, England, the concept camper has a 700-kWh battery pack made from used Nissan Leaf battery cells. After they degrade too much for automotive use, these battery cells still have plenty of usable capacity for applications like this.

The battery pack provides enough onboard electrical power for about a week of camping, according to Nissan. The camper can be teamed with a 400-watt solar panel, which can provide a full recharged in two to four hours. The battery pack can also be removed and plugged into a household outlet for charging.

A 12-volt electrical circuit to power an air compressor, which inflates the tent-like camper and can accommodate up to six people. The camper also includes a European-standard 230-volt outlet for powering household appliances and USB ports for charging smartphones. And speaking of smartphones, an onboard 4G LTE WiFi hotspot can accommodate up to 10 devices. Because what's the point of escaping from the grind of everyday life if you can't post about it on Instagram?

The camper also features LED lighting, a refrigerator, a portable microwave, and two-burner gas stove for cooking. A rack for two bicycles and kayak carrier provide options for entertainment during the day, while a digital projector and screen allow campers to watch movies at night.

Nissan did not discuss production plans, but the concept camper is based on a production model currently available in Europe from Opus. Similar to Tesla, Nissan has been trying to make standalone battery packs a separate business alongside car sales. So it's not too hard to imagine Nissan fitting battery packs to a camper people can actually buy. The only question is: will a Leaf be able to tow it?