Child racer Anita Board crashed at the end of the drag strip and did not survive. 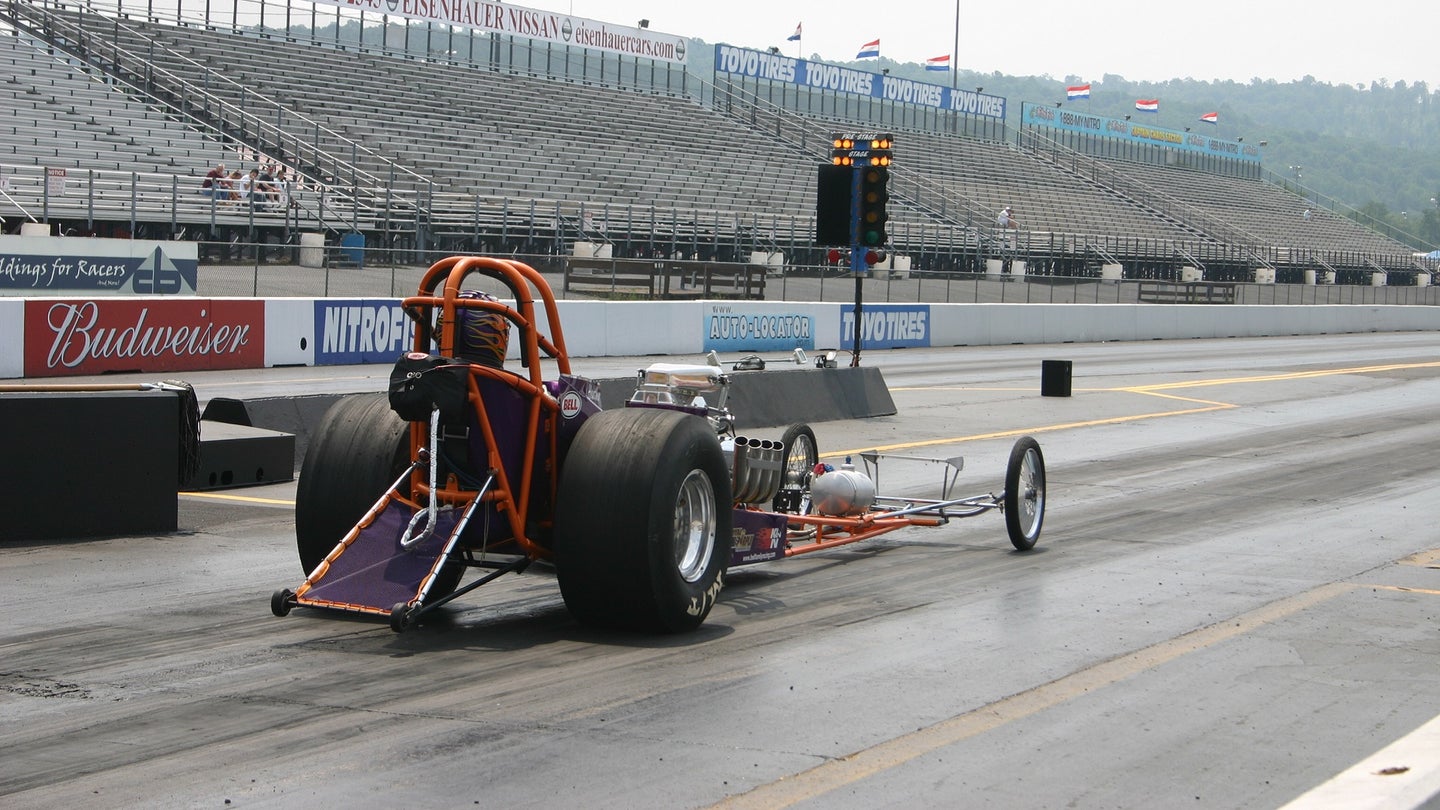 It's always tragic when a life is lost while racing. But particularly tragic is the loss of eight-year-old Anita Board at Perth Motorplex in Kwinana Beach, Western Australia, this past Saturday, as Time reported.

Board had just completed a test run in her dragster to qualify for her racing license when she was unable to stop and crashed into the concrete barrier at the end of the drag strip. She was rushed to the hospital with life-threatening injuries that later claimed her life. She competed in ANDRA's Junior Dragster Eliminator class, which, in her age bracket, restricts racers to a minimum 11.90 second run in the 1/8 mile with a maximum speed of 60 miles per hour, according to the ANDRA rulebook.

Junior drag racing has been suspended at Perth Motorplex, the only drag strip in Western Australia, pending the results of a government investigation into the crash.

"The suspension of this category of motorsport activity allows for a full investigation to be carried out into the nature of the accident," Sport and Recreation Minister Mick Murray said in a statement. "The State Government will wait until the details of the accident are clear following the investigation before taking any further action."

Ian Board said that despite the untimely demise of his daughter Anita, he does not believe that any "major change" is needed in how ANDRA conducts junior drag racing events. "We chose drag racing because we believed it was the safest form of motorsport that we could allow our girls to do," he told The Western Australian. "The history speaks for itself. Sadly this one in a million event happened to us, to our little girl."

"Our baby girl Anita had a bright, bubbly personality and her smile was infectious," Board said. "Her passion for motorsport, drag racing and being here as a family with her sister at the track was the highlight of her life. We were blessed to have had her for eight years and she’s going to be forever missed."

Boston Radio Host on Death of Dale Earnhardt: ‘I Root for the Wall’