She’s got her eyes on Formula 1, and we don’t doubt her resolve or pace. 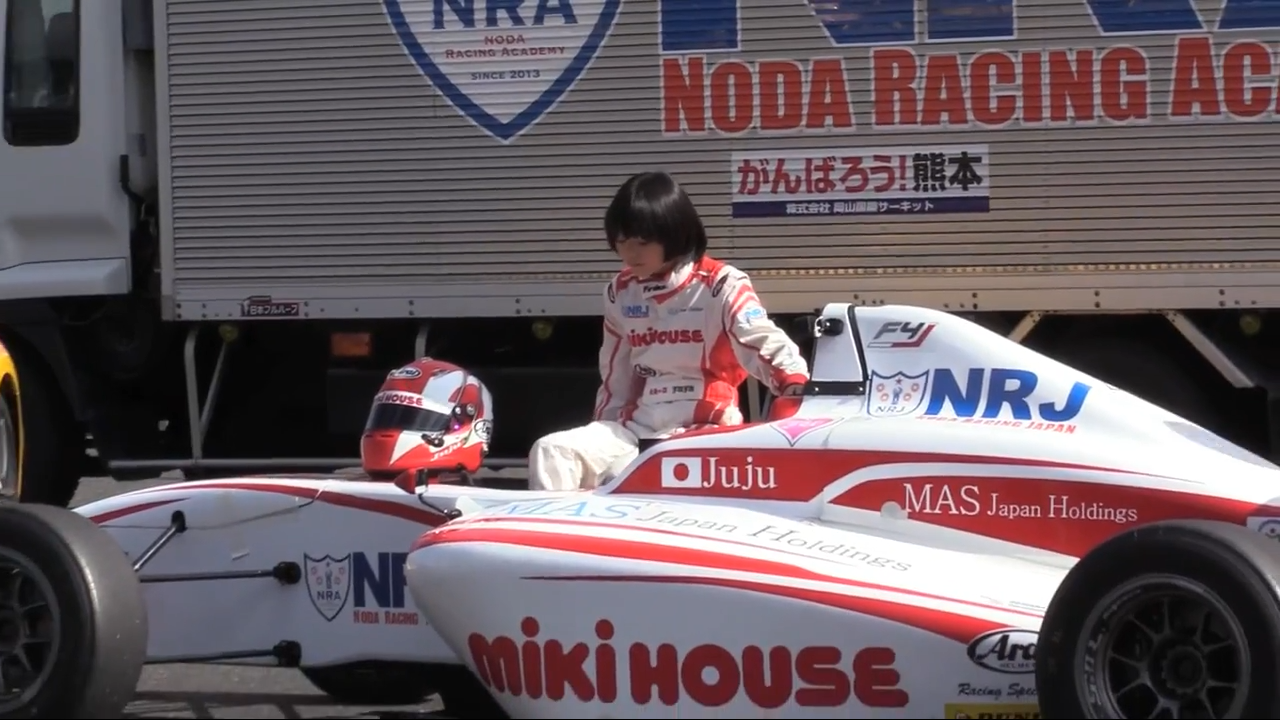 Last year, we cast the spotlight on a young girl setting Japan's junior motorsport series on edge: Juju Noda. She's the daughter of Hideki Noda, a driver with two decades of international racing experience, and a motorsport academy in his name. Juju has been quoted expressing a drive to be the first woman to win a Grand Prix in Formula 1, and if her racing so far is anything to go by, she may even have the X-factor needed to fulfill her ambitions.

Noda holds the FIA Formula 4 lap record at Okayama International Circuit, and before you assume Okayama to be some podunk circuit in the middle of nowhere, consider the fact that it hosts Japan's premier touring car series—Super GT—and that it hosted Formula 1 twice, in 1994 and 1995. Okayama is on the current roster of FIA Formula 4 Japan, too, so young Juju's F4 competition at the track is plentiful.

Juju Noda was recently filmed driving a Formula 3 car, by Nissan GT Academy winner Jann Mardenborough. While this is behind the end-of-2017 schedule that her father hoped for her, she's still in an F3 car at a younger age than many current F1 drivers ever were. Even the prodigious Max Verstappen, the youngest Grand Prix winner in F1 history, never raced his first open-wheel car until age 16.

And yet, here we are, seeing Ms. Noda, who turned 12 earlier this month, in command of an F3 car, with a half-decade head start on a driver sure to become an F1 legend. Go get 'em, tiger.

A Mercedes-AMG GT3 that was campaigned by the Riley Motorsports team in 2016’s IMSA WeatherTech Sportscar Championship is up for sale on eBay.