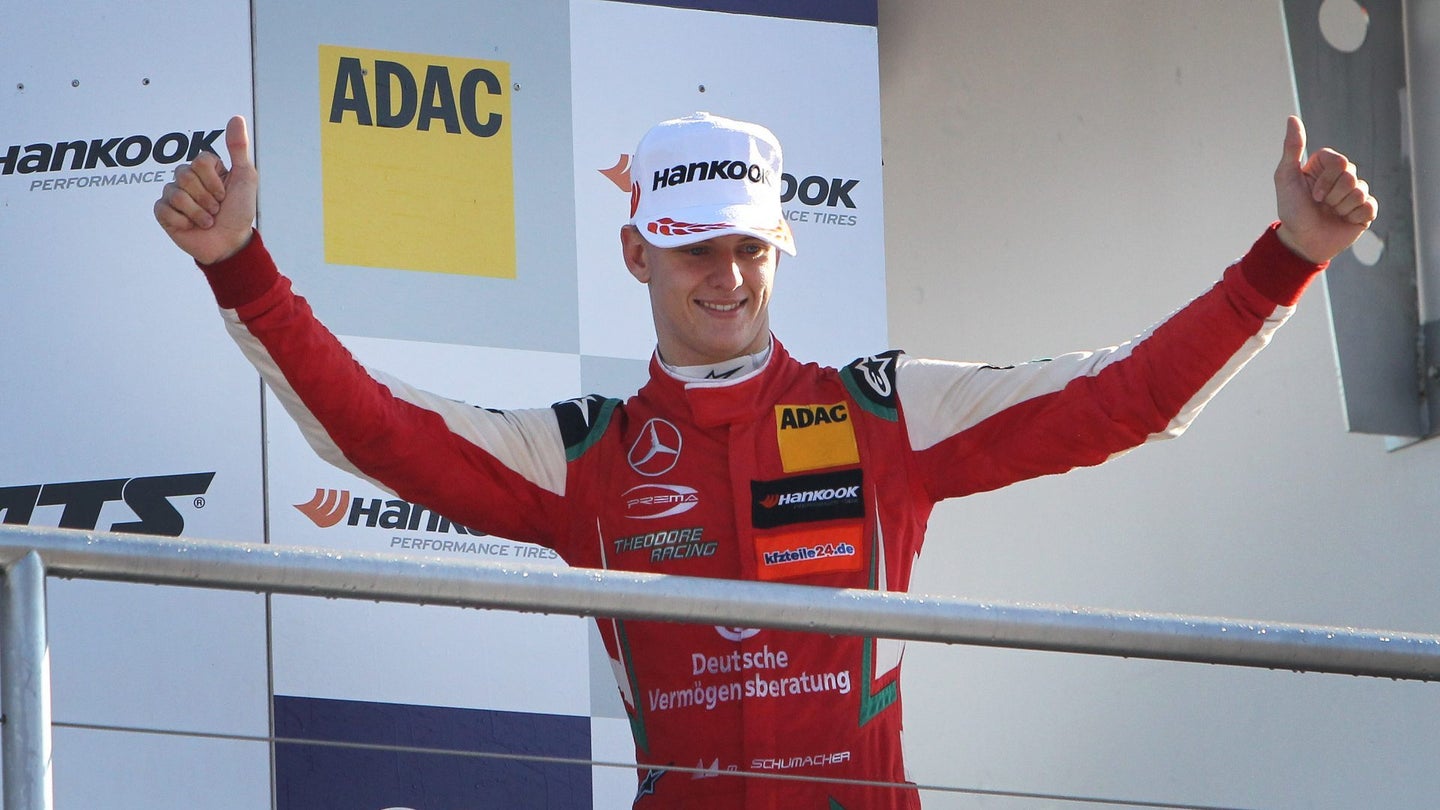 Mick Schumacher, son of seven-time Formula 1 champion Michael Schumacher, will race in FIA Formula 2 with the prestigious Prema Powerteam in 2019.

Schumacher won the 2018 FIA Formula 3 Euro championship driving for Prema Theodore Racing, the name under which Prema Powerteam competes in the series. He is expected to replace Dutchman Nick de Vries, who finished fourth in this year's F2 season, and is expected to migrate to ART Grand Prix for 2019, according to Autosport. Schumacher's teammate is expected to be Indonesian Sean Gelael, who finished 14th in 2018.

"I'm really looking forward to contesting my next season with Prema in FIA Formula 2—a logical step on my sporting path in my view, because I want to further improve my technical experience and driving skills," Schumacher told Autosport. "For me, it was very clear to go into Formula 2 with Prema. I can't thank the Prema family enough for what we achieved together as a team, especially this year, how we continued to develop together."

His title triumph makes him eligible for an FIA Super License, a requisite for drivers that wish to enter Formula 1. F2 will be the next arena in which Mick can prove himself, potentially earning the opportunity to Mick stated in an interview that he doesn't want to dodge comparison to his record-holding father Michael, and instead encouraged onlookers to hold him to the same standard.

If he finds the same success in F2 that he has in F3 Euro, Mick Schumacher could enjoy promotion to F1 as soon as 2020. Both championship winners in the newborn racing series—Charles Leclerc and George Russell—found F1 drives for the seasons following their title victories. The promotion rate from F2 to F1 increased in 2018, with all top three finishers in the series (Russell, Lando Norris, and Alexander Albon) finding race seats in F1 for 2019.

The biggest hurdles in his way will be the challenge that is the highly-competitive F2 environment and the fact that many F1 drivers' contracts run through 2020, which could prevent seats from opening up sooner. That may mean a second year of F2 if Schumacher doesn't win the title, or a sojourn through either Japan's Super Formula or America's Indy Lights or IndyCar for a year while he waits for an opportunity to race in F1.