Two photographers and a track marshal were also injured in the aerial incident. 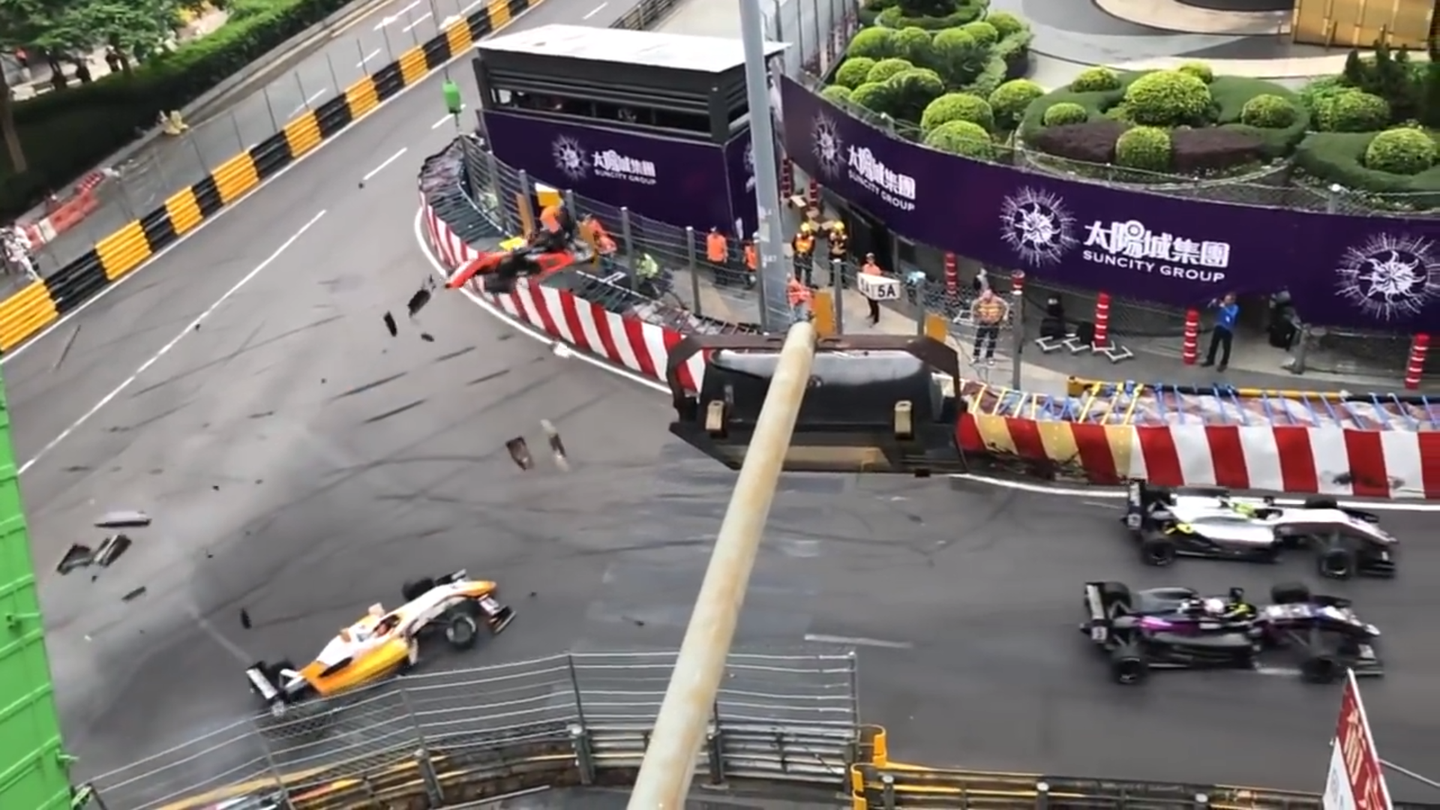 Drivers Sophia Florsch and Sho Tsuboi were involved in an intense crash during Lap 4 of the Formula 3 Grand Prix at Macau, taking place on Nov. 18. A spectator video of the incident shows the collision and aftermath, resulting in the injury of both drivers, two photographers, and an F3 official.

Florsch's car appears to lose control before entering the camera's frame, sliding through the bend, bumping into Tsuboi, and taking air before landing behind a course guardrail. As Florsch came to an abrupt stop, her car made contact with the three event workers. Sho Tsuboi then collided head-on with the guardrail. According to Motorsport.com, Florsch was clocking a speed of 171 miles per hour on the straightaway that preceded the crash, and lost control due to front-end damage sustained by contact with driver Jehan Daruvala.

An alternate angle posted to Twitter shows just how much momentum Florsch's car was carrying as it flew out of control through the air.

The BBC reports that the three track workers are stable, and currently being held in the hospital. Photographer Minami Hiroyuki is suffering from a concussion, and marshal Chan Cha In has a broken jaw and facial lacerations. The second photographer, Chan Weng Wang, has a laceration to the liver.

An update from Florsch's team, Van Amersfoort Racing, confirms that the 17-year-old German driver has suffered from a spinal fracture, but is otherwise responsive. She was able to make a social media post just four hours after the incident stating, "Just wanted to let everybody know that I am fine but will be going into Surgery tomorow morning."

Tsuboi was also admitted to the hospital complaining of lower back pain. The extent of his injuries are currently unknown.