Flörsch had an 11-hour spinal surgery following a violent crash at one of the world’s tightest circuits that injured four others. 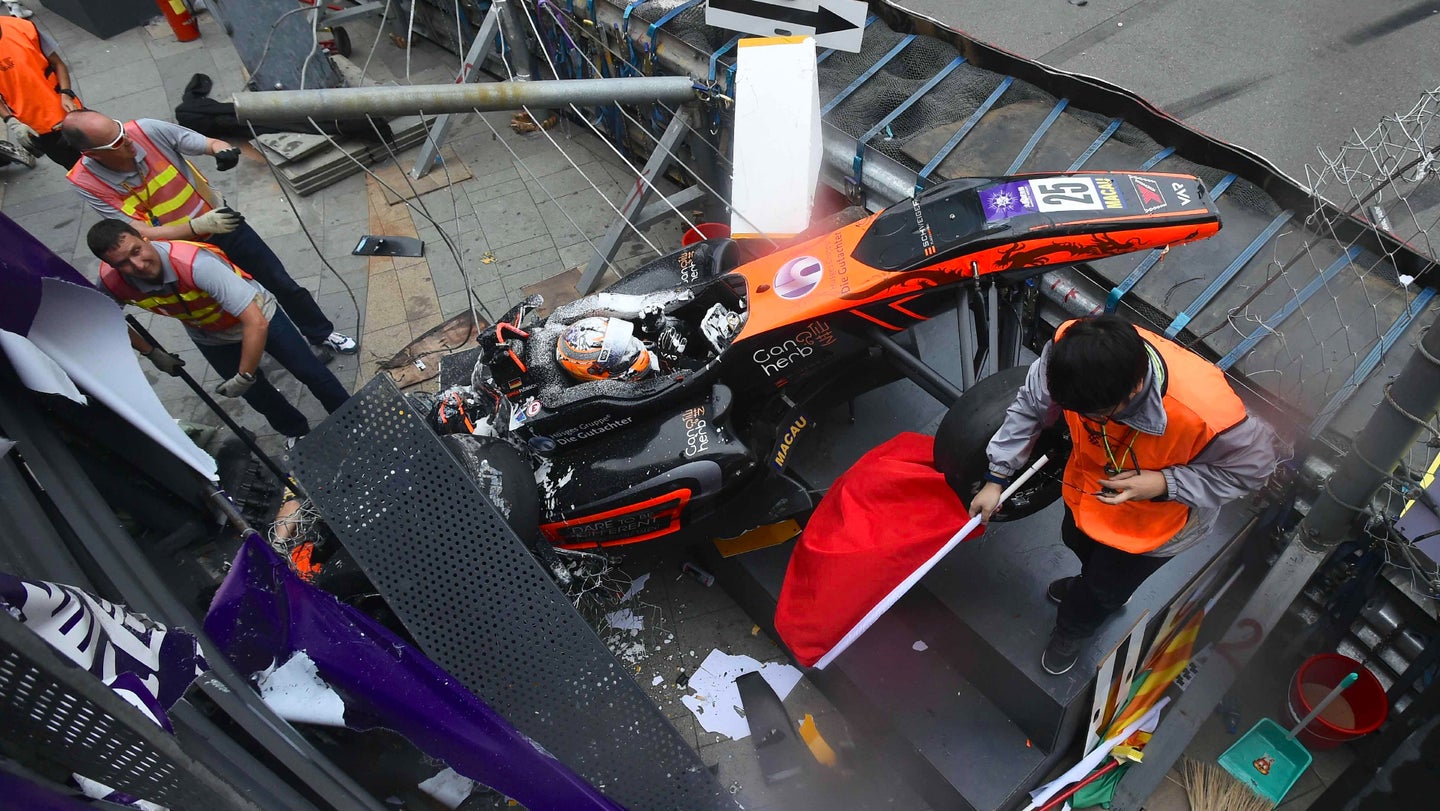 Formula 3 racer Sophia Flörsch made it through a lengthy spinal surgery without complications after her car launched through a catch fence at the Macau Grand Prix, ESPN reports. A high-speed collision sent Flörsch's car airborne over the car of Sho Tsuboi and through a fence at Lisboa corner, leaving her with a fractured spine, and injuring Tsuboi, two photographers, and a marshal.

Data from the track recorded Flörsch's Van Amersfoort Racing car at 171 miles per hour just before the impact with the catch fence.

Fortunately, team principal Frits van Amersfoort told the BBC World Service (as quoted by ESPN) that his driver was expected to make a full recovery:

Everything is working and everything is in order. [Paralysis] was the main fear. That's why the operation had to be done quite quickly because there was a danger it [her spinal cord] could be damaged. We are extremely happy that she is now recovering and that everything went extremely well. There's no fear of paralysis whatsoever.

An update posted to Flörsch's Twitter account Monday noted that doctors were working slowly to minimize the risk of further damage. The surgery to repair her broken vertebra also necessitated the removal of a bone splinter which was dangerously close to her spinal cord, according to Autosport.

She will remain hospitalized for two more weeks as she recovers, per ESPN.

Flörsch posted an optimistic update to Facebook today thanking rescue and medical teams for her care as well as her fans for support. She noted, "I'm going to come back!" and also that "Dallara built a good chassis."

Four others were injured in the crash, notes ESPN. F3 competitor Tsuboi was sent to the hospital with lumbar pain but was discharged Sunday. Marshal Chan Cha In sustained a laceration of the face and a fractured jaw. Photographer Hiroyuki Minami was left with a concussion but was since released from the hospital. The other photographer, Chan Weng Wang, is expected to remain in the hospital for nine more days to recover from a liver laceration.

Two photographers and a track marshal were also injured in the aerial incident.