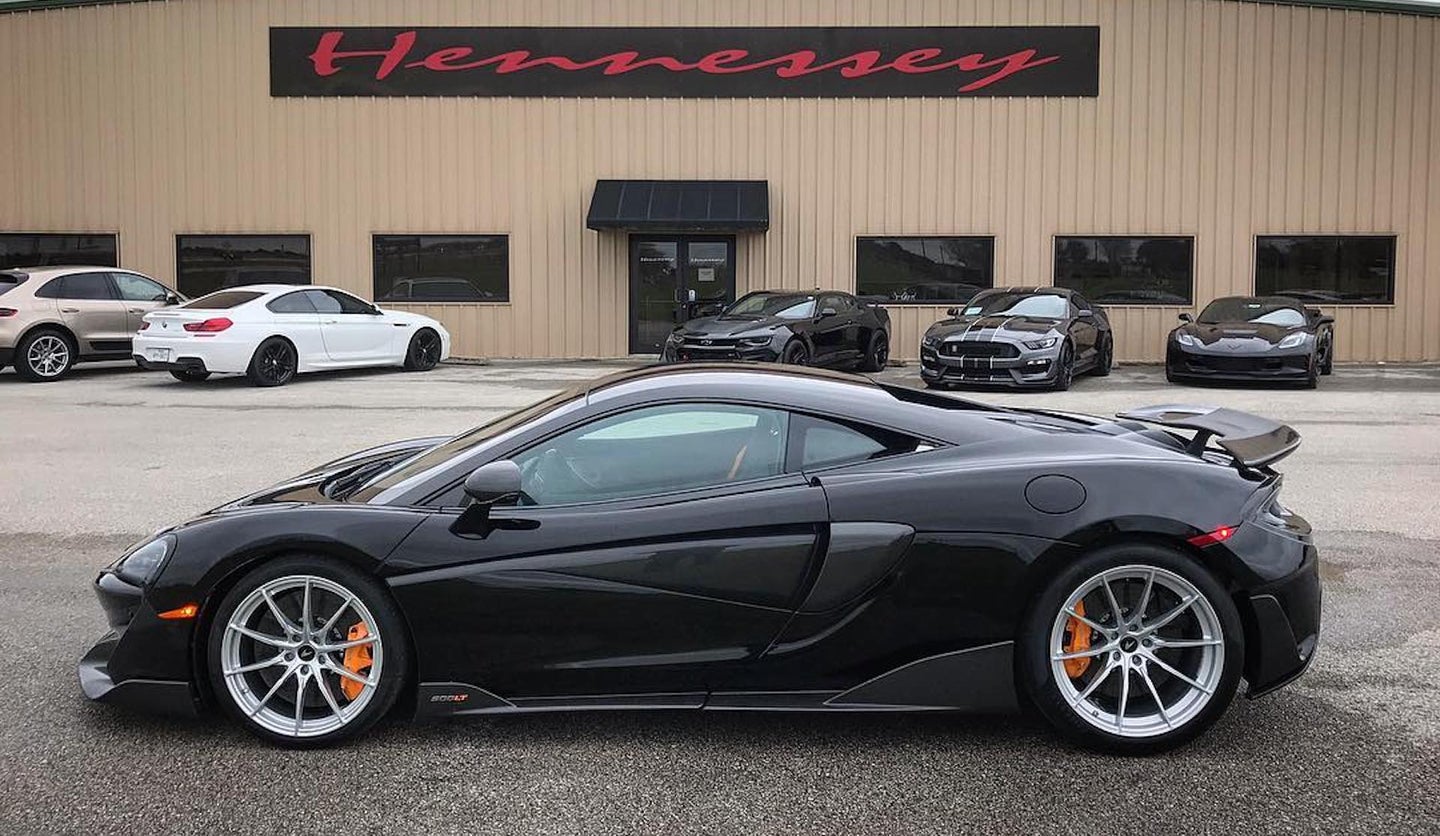 John Hennessey has taken delivery of his McLaren 600LT, making the Texas tuner the first buyer in America to receive their order from the Woking, England-based manufacturer.

The all-new Macca made its home in the United States when it landed at Hennessey Performance Engineering in Houston earlier this week. Hennessey’s Longtail was decked out in all black with subtle McLaren orange accents.

Now, everyone is wondering what the top-tier customizer has in store for the exotic since HPE has a reputation for taking supercars to new heights. The team already offers packages for the McLaren 570S and 570GT with pre-selected performance upgrades, so it likely wouldn't take much to turn the 600LT up a notch or two.

As far as what kind of base they’re working with, the company is already well-versed in the 570S-derived platform. The main differences include a more extreme aerodynamic design, a lower and stiffer suspension, and, of course, a more powerful engine.

Inspired by the first modern Longtail, the 675LT, McLaren just began production on models using the same engineering basics. The strictly limited run will go on for about a year, and the model starts out at $240,000—every example is already claimed.