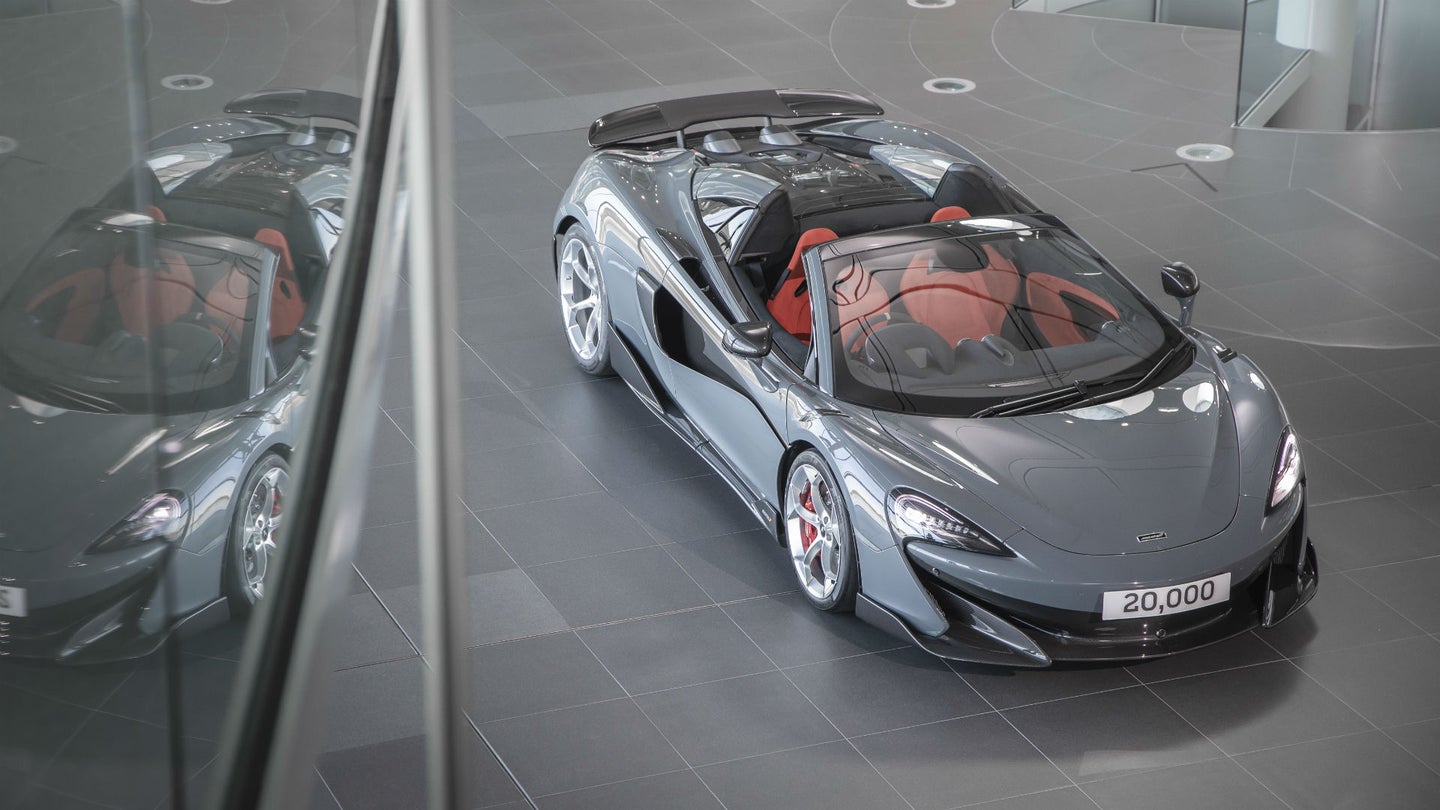 Eight years out from the launch of its first exotic sports car, McLaren Automotive announced that it has built its 20,000th supercar. This may be a walk in the park for a more conventional manufacturer, but for a relatively small company that has only been in the game since 2011, it's quite impressive.

The 20,000th Macca to roll off the production line in Woking, England was a Chicane Gray 600LT Spider, the drop-top variant of McLaren's newest Longtail model. Featuring a pair of top-mounted exhausts, 592 horsepower, and a pronounced rear wing, this Sports Series model is McLaren's attempt to make the Longtail name more accessible to the supercar-obsessed masses while paying homage to the legendary race car that started it all.

McLaren ventured into road cars with the creation of the F1 in 1992, but it wasn't until the founding of McLaren Automotive and release of the MP4-12C supercar in July 2011 that the company's identity completely shifted to mass production. Since then, the company has planned to build more than 5,000 cars a year at its McLaren Production Center in Woking.

The company attributes its success to its Track25 business plan, which will introduce 18 new models and variants by 2025, separated into Sports Series, Super Series, and Ultimate Series performance categories. In addition, McLaren's globalization efforts have seen its dealership network expand to more than 32 markets worldwide, with almost 30 retailers in North America alone to handle demand for its cars.

"Achieving our 20,000th car built is an important milestone for McLaren Automotive," said Mike Flewitt, CEO of McLaren Automotive. "Last year we hand-assembled just over 4,800 cars and we plan to maintain around 5,000 cars a year for the immediate future. While demand for our products continues to grow, we aim to balance that to maintain exclusivity for our brand and our customers. It is fitting that we celebrate this achievement with a 600LT Spider which has been a huge success for us with all production slots for the coupe variant now sold out.”

That's right, McLaren plans to cap production of its cars once its Track25 business plan is fulfilled in order to keep its brand identity. In the meantime, expect to see a lot more Maccas on the road in the next few years.