Hennessey Is Building a Maniacal McLaren 600LT With Over 1,000 HP 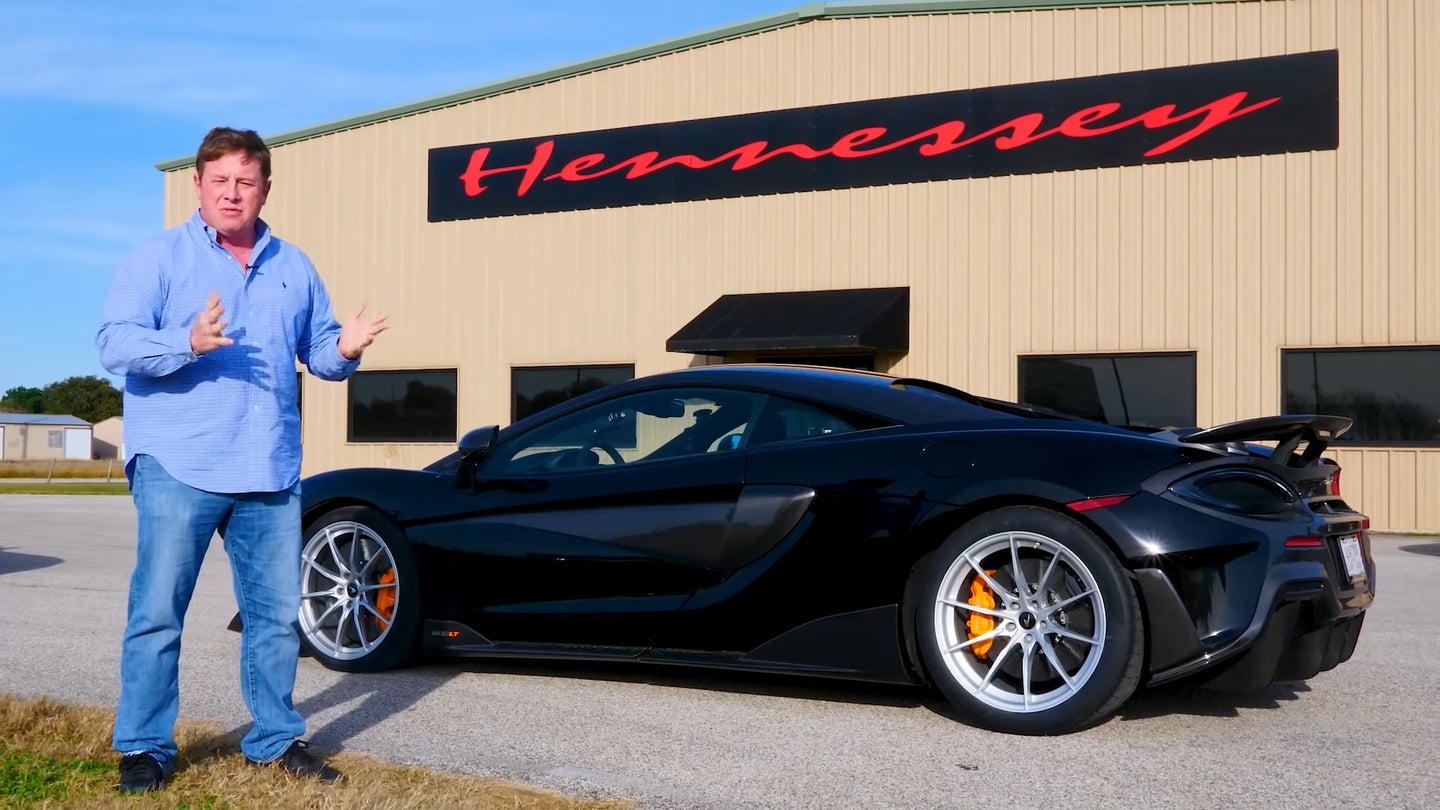 Being the first in the United States to take delivery, Hennessey Performance has grand plans for its McLaren 600LT—plans that include boosting it to produce more than 1,000 horsepower, as confirmed by Top Gear. That's a shedload more than the 592 ponies that come from the factory.

Specifically, the Texas tuning firm is aiming to nip at the heels of McLaren's own 1,035-hp Speedtail hypercar at least in the runup to 150 miles per hour. Beyond 150, the Speedtail's more exotic aerodynamics will likely leave any 'roided-up Sports Series McLaren in the dust.

"I decided to buy my 600LT for the same reason I bought a new Ford GT: to give our team a solid benchmark for our Venom F5," John Hennessey told Top Gear. For those out of the loop, the Venom F5 is Hennessey's bespoke, 1,600-hp, 301-mph hypercar intended to make life hard for the Bugattis and Koenigseggs of the world. "I think that McLaren is building the best supercars in the world right now," he added.

Mr. Hennessey initially didn't have plans to modify the 600LT but later decided after driving it that "it is so good the only thing that it’s asking for is more power." Only a man accustomed to 1,000-hp Grand Cherokees and Camaros would find issue with a brand new, track-bred McLaren's speed. Everything is relative, people.

To get the 600LT to a four-digit power figure, Hennessey has added the HPE1000 kit with high-flow air filters, a Motec ECU, stainless steel turbo headers made in-house as well as unspecified upgrades to the car's twin turbos, high-flow wastegate system, transmission, stainless steel exhaust, and intercooler. Making precisely 1,001 hp and 865 pound-feet of torque, the tuned Macca is said to get from 0 to 60 in just 2.1 seconds and crush the quarter mile in 9.6 seconds at 156 mph.