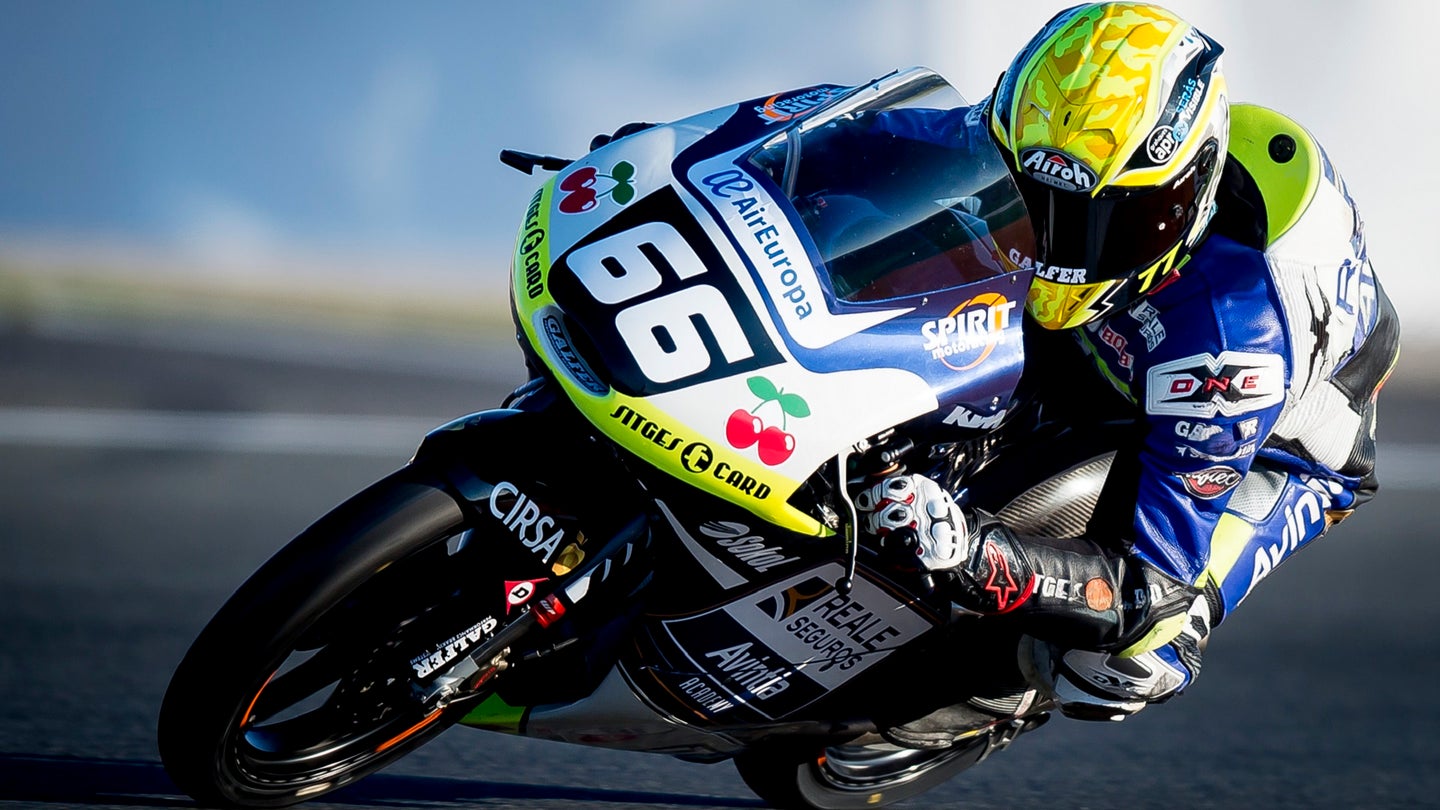 Spanish Moto3 rider Andreas Perez was pronounced dead after succumbing to severe head injuries caused by a multiple-rider crash he was involved in at the Circuit de Catalunya in Spain. Perez was only 14 years old.

The young rider, who ultimately aspired to become a full-time MotoGP racer, was immediately attended to at the crash site by emergency personnel but had to be airlifted to a hospital near Barcelona due to the severity of his condition. Once at the hospital, it was revealed that Perez had suffered severe head injuries.

"Andreas Perez was admitted to hospital with very serious brain damage and soon afterward he was diagnosed with brain death," said his Avintia Academy team in a statement. "Even though his heart continued to beat and despite many efforts, the doctors could do nothing to save his life. Andreas could not win this race."

Perez remained clinically alive until he was pronounced dead on Monday morning. As a result of the tragic death, the MotoGP community including Jorge Lorenzo and Marc Marquez took to social media to pay their respects to the young rider.

Perez's death marks the third fatal crash at the famous Spanish circuit since 2015. Rider Enric Sauri suffered a similar fate during the motorcycle endurance race the 24 Hours of Catalunya in 2017, and Moto2 rider Luis Salom in 2016.

Although not part of the MotoGP umbrella of racing series, this news arrives after the passing of to more professional motorcycle riders, Dan Kneen and Adam Lyon, at the dangerous and wildly popular Isle of Man TT race.