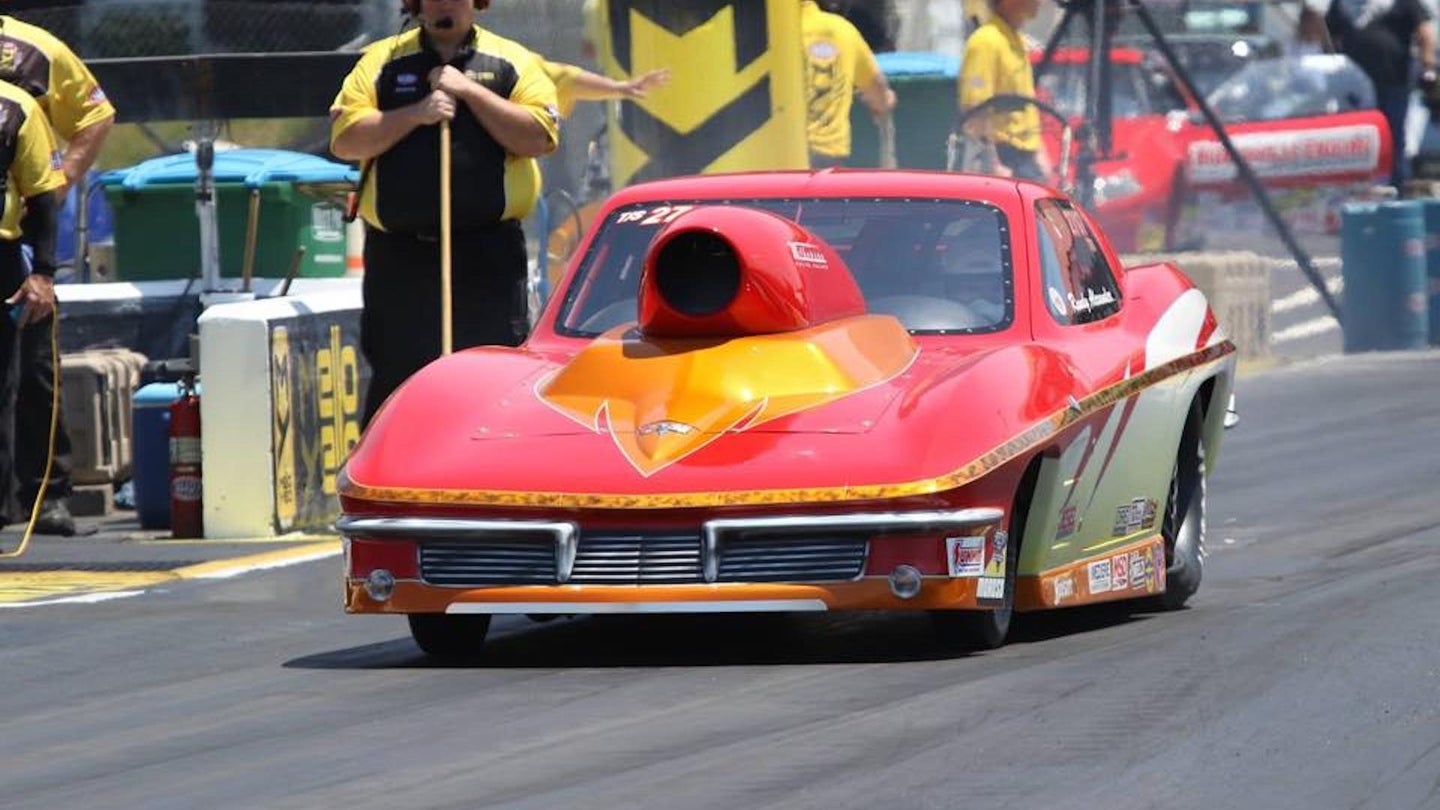 The National Hot Rod Association has confirmed that Randy Alexander of Harvest, Alabama passed away on Saturday evening following a crash at the NHRA Southern Nationals in Commerce, Georgia.

Alexander was one of the premier drivers in the NHRA Top Sportsman racing series, which he contested at the wheel of his race-prepped Wilkerson Racing Engines 1963 Chevy Corvette. In an intricate and ultimately deadly turn of events, the crash that took Alexander's life occurred after he and his opponent, Bob Mandell, crossed the finish line—in other words, the race was already over when the collision took place.

Alexander's Corvette eventually landed on the guardrail about 150 feet down the dragway in the shutdown area. Mandell escaped unscathed. Alexander was pronounced dead a few hours later.

The NHRA released the following statement on its website:

"It is with heavy hearts that we report Randy Alexander of Harvest, Ala., passed away at a local hospital after sustaining injuries in an on-track incident at the NHRA Southern Nationals in Commerce, Ga."

"NHRA and the entire racing community extend their deepest condolences and their prayers to the participant’s family and friends. We also ask that everyone respect the family’s privacy during this difficult time."