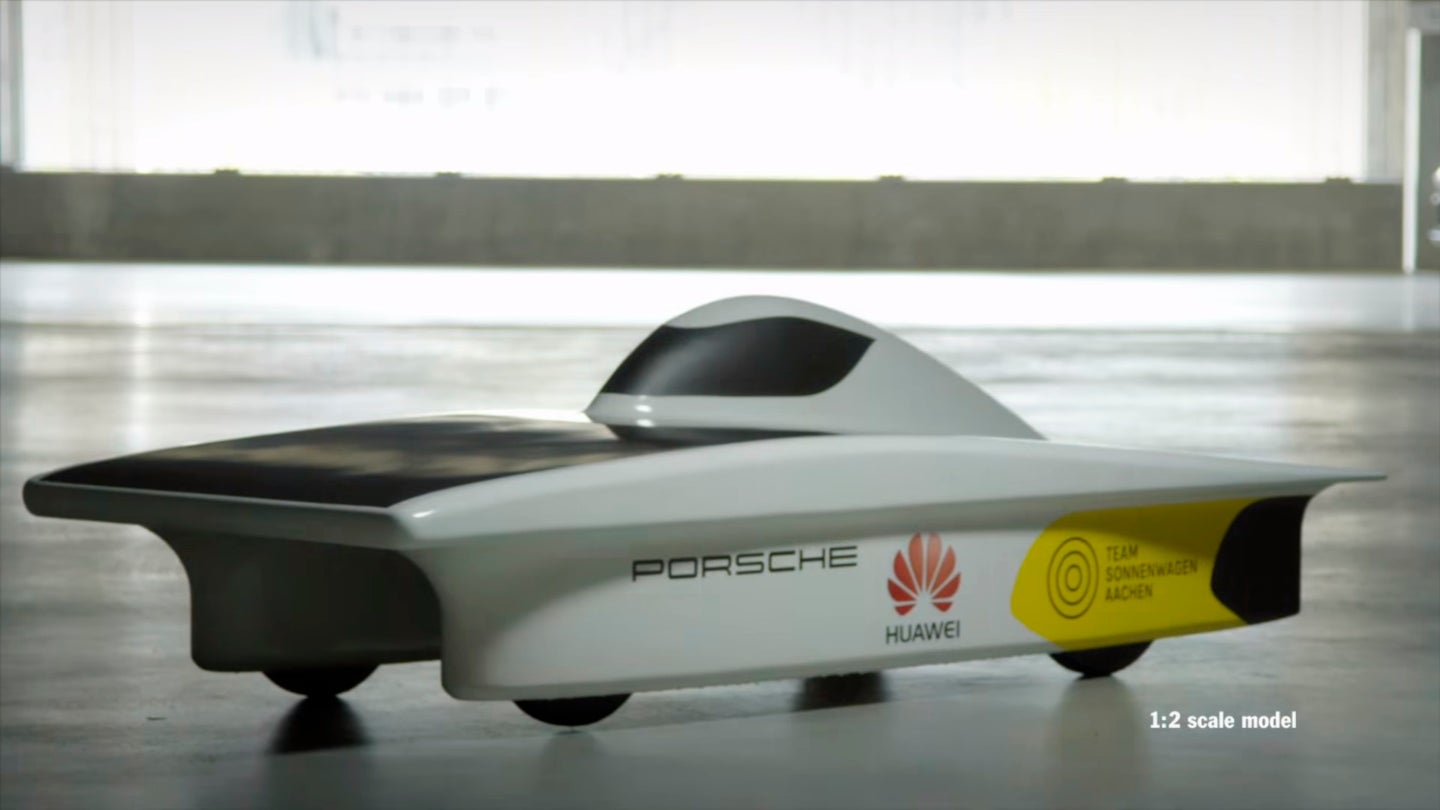 Teams from all over the world have gathered in Australia this week to compete in the 30th running of the Bridgestone World Solar Challenge, a race which will see dozens of cars chasing each other in an endurance test from the northern tip of the Northern Territory in Darwin all the way south to Adelaide only powered by the sun. For those not familiar with Australian geography, that's a really long distance. Porsche have given monetary and engineering assistance to the German "Sonnenwagen" team from RWTH Aachen University, and the result is the car you see in the video below. It will be competing in the fastest "Challenger Class" for the overall victory. Porsche knows the importance of electric propulsion and know the value of harnessing renewable power generation, and thanks to their 919 Hybrid LMP1 program, and upcoming Formula E program, they also know a lot about how to reliably and economically turn electricity into speed.

“We want to play an active role in shaping the future of the sports car. To do so, we need exactly this kind of young people, full of courage and pioneering spirit, and who are willing to break the mould. These are values that are also firmly rooted in our company culture,” says Andreas Haffner, Member of the Executive Board for Human Resources and Social Affairs at Porsche AG.

After a number of visits with the Porsche Motorsport Centre in Flacht, Germany, the students have received invaluable mentoring on a number of subjects. During their first visit the team got down to brass tacks and worked on vehicle body design, electrical component building, simulation testing, wind tunnel testing, and race team management. The second visit focused primarily on programming and software to help the team professionally track weather patterns, and to properly strategize the logistics of the race.

You can follow along with the team's progress on the world solar challenge website. The race is expected to run from the 8th through the 15th of October, and the fastest teams are about halfway across the Northern Territory right now.