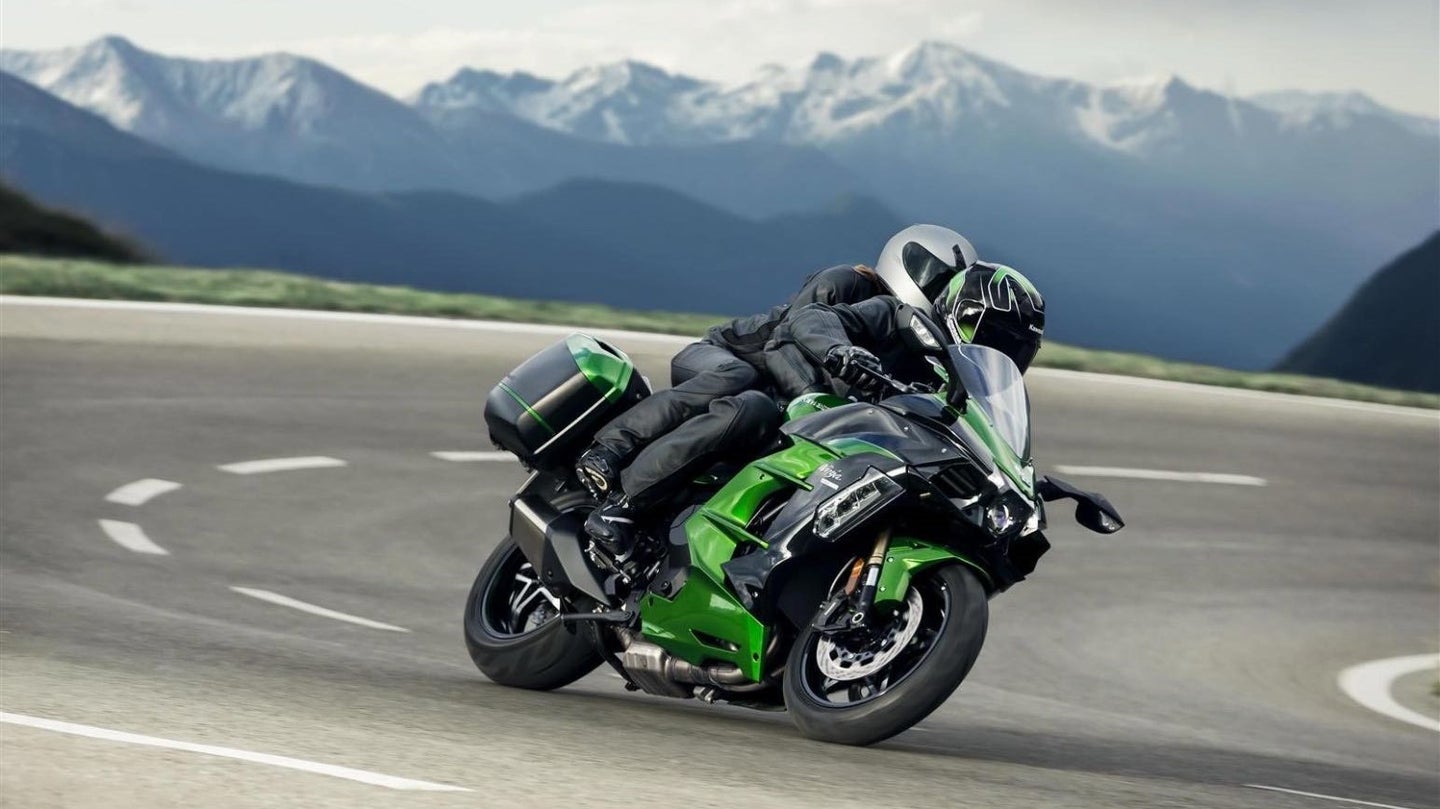 The idea of a sport touring motorcycle is to be the best of both worlds offering the advantages of both a high-performance sport bike and a comfortable touring bike. We have no doubt the new Kawasaki Ninja H2 SX has the “sport” side of that covered with its supercharged engine, but what about the “touring” aspect?

The Ninja H2 SX is more than just an H2 with a passenger seat. It shares a 1000cc supercharged inline-four engine with the existing H2, but it’s been modified to better suit the bike for long-distance comfort while retaining its incredible performance. The sport touring model will retain the H2's impressive specs of 200 horsepower and 101 pound-feet of torque. The bike’s intake and supercharger impeller have been redesigned along with a new cylinder head, pistons, crankshaft, camshafts, and throttle bodies. The gear ratios in the six-speed manual transmission have been revised as well.

The goal is to spread out the torque delivery to make it both responsive and highway-friendly. The mechanical revisions also improve fuel economy and reduce noise, two comforts that aren’t exactly priorities on the other Ninja H2 models.

Looking at the Kawasaki H2 SX, it’s easy to see it’s a sport touring bike with an emphasis on both performance and comfort. It has a passenger seat, albeit not quite suited for transcontinental tours. The narrow pillion seat will remind passengers on this bike of the superbike roots of the H2 SX. The rider gets a nice, comfy seat so this bike should be ideal for spirited solo touring. Seven-gallon quick-release saddlebags add some storage for your trip.

The bike will be available in two trims, base and SE. SE upgrades the bike with a bigger fairing with a taller windshield, cornering lights, a TFT display, and a quick-shifter. No word yet on pricing or availability, but you’ll probably be waiting until next year to “supercharge your journey,” as Kawasaki puts it in the video below.