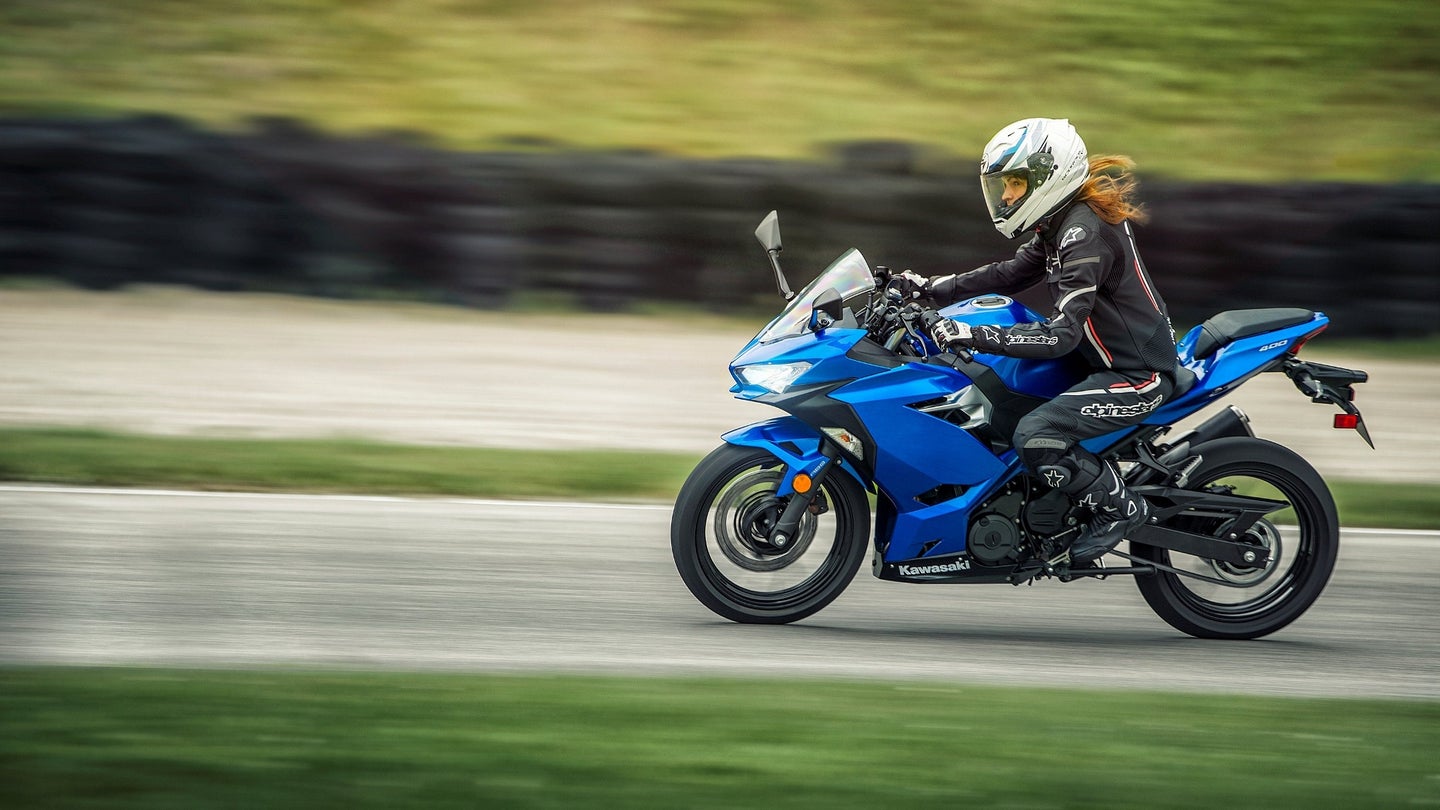 When the all-new 2018 Kawasaki Ninja 400 was unveiled at the Tokyo Motor Show in October, we were pretty sure it would come to the U.S. to replace the Ninja 300 as the brand’s entry-level sportbike. It turns out our suspicions were right and the Kawasaki Ninja 400 is officially coming to the U.S.

To recap, the Ninja 400 gets an all-new engine and new, H2-inspired styling. The engine is a liquid-cooled, DOHC, fuel-injected, 399cc parallel-twin with four valves per cylinder. Other improvements from the outgoing Ninja 300 include a revised radiator fan to optimize engine cooling that doesn’t blow hot air towards the rider and a redesigned air intake with a bigger airbox to optimize airflow into the engine.

The new 399cc engine makes 28 pound-feet of torque at 8,000 rpm, but Kawasaki wouldn’t confirm a horsepower rating for us when we reached out to them. It did, however, confirm that there’s no separate specification between the U.S. and European model and we know the European model makes 44.8 horsepower at 10,000 rpm. So, that isn’t an official number for the USDM Ninja 400, but we’re pretty sure that’s the power rating. In promotional material, Kawasaki boasts “class-leading power.”

Another mystery specification is fuel economy. There’s no official mpg rating for the Ninja 400, but it’s expected to be more efficient than its predecessor partly thanks to weight savings (the new bike is 362 pounds, 19.7 lbs lighter than the bike it’s replacing) and optimized air flow. The 400 has a smaller fuel tank than the 300, but we’re hoping the total fuel range doesn’t change much.

One of the most exciting parts of the Ninja 400 is the price. The base model starts at just $4,999 with the ABS model starting at $5,299. That’s a steal for what’s shaping up to be one of the best entry-level sportbikes on the market. If you’re looking for your first bike and want something new, the 2018 Kawasaki Ninja 400 should be towards the top of your list.