The Kawasaki Ninja 250 Is the Mazda Miata of Motorcycles 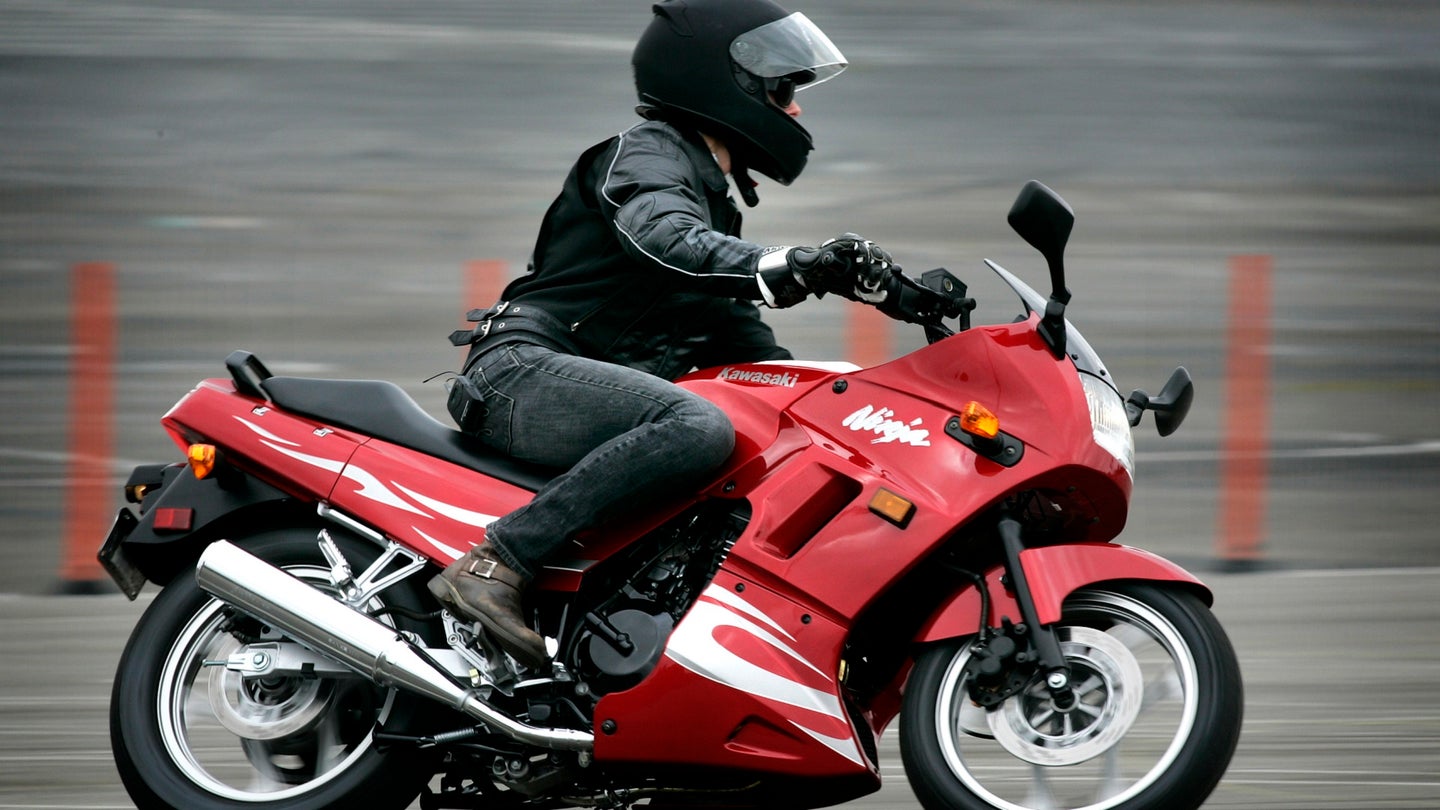 For years I've been telling people that the Kawasaki Ninja 250 is essentially the Mazda Miata of motorcycles. It's small and underpowered, but it handles beautifully, and if properly driven/ridden it'll keep up with just about anything else in the corners. It almost seems like Mr. Regular of Regular Car Reviews has been listening to me, because that's exactly how he describes the Ninja 250 in this review.

Small bikes, like the Ninja 250, the Honda Rebel, and the Suzuki Savage/LS650/S40, are among the most frequently recommended bikes for a new rider, and the Ninja appeals most to riders not interested in the cruiser style. It has the looks but not the high horsepower, which is good for a new rider who isn't experienced enough to hop on a liter bike. Additionally, the bike was virtually unchanged for many years until the Ninja 300 replaced it. That means parts are cheap and common for when—not if—a new rider drops the bike and breaks something. That will happen at a much lower speed than more powerful sportbikes, resulting in less damage to the bike, and especially the rider.

Like the Miata, the Ninja 250 is a great bike for practicing and polishing your techniques before moving up to a more powerful bike. Its low power forces you to maintain momentum by riding well, rather than limping through the corner and blasting down the next straightaway to make up the lost time. I consider myself an adequate but not excellent rider, which is one reason I stick to cruisers instead of sportbikes. I'd be too tempted by the speed and quickly outride my abilities.

But one of the few sportbikes I'd consider owning is a Ninja 250. I could take it to the twisties and the track to work on my skills at less than triple digit speeds, which tend to have serious consequences for failure. Best of all, as Mr. Regular points out, I could buy one for $1,000, ride it for a while, and when I'm done with it I could sell it for $1,000.

Regular Car Reviews nails the Ninja 250's place in the motorcycle world perfectly. It may be out of production, but it will remain an important model for years to come.