Look for much of this tech to land in the Volkswagen Golf sometime in the not-so-distant future. 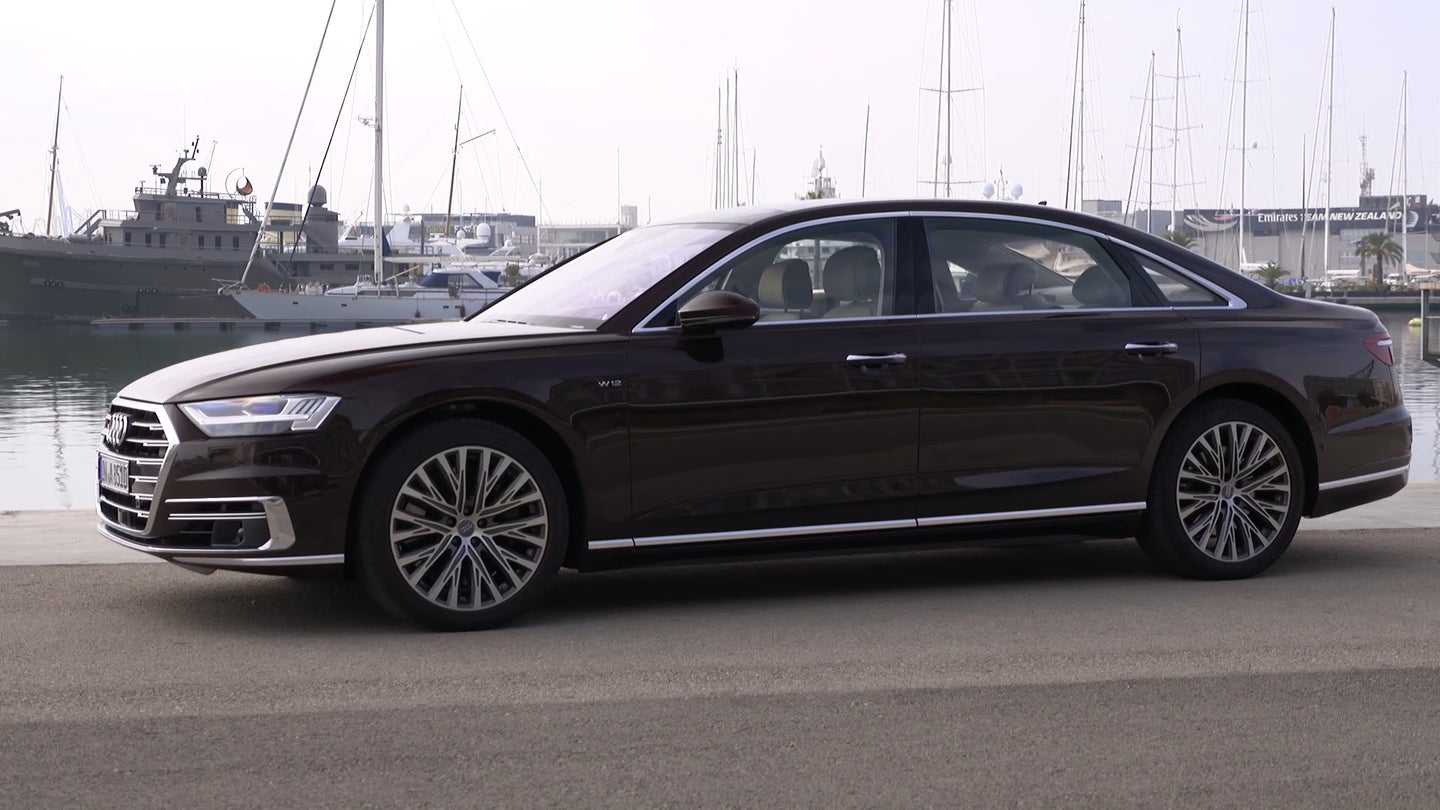 Unveiled at Barcelona's Audi Summit back in July, we knew the 2018 A8 would be loaded to the brim with tech. We knew it would come with Level 3 autonomy, the ability to driverlessly maneuver itself into tight parking spaces, and a trick active suspension system that would cleverly make riding around in Audi's flagship sedan safer and magic carpet-smooth.

Thanks to a video uploaded by the folks at YOUCAR, we now have a pretty good look at how all of that technological wizardry works on the pavement.

Highlights include the A8 suspension's ability to lift itself during passenger entry and exit (making it so easy to get in and out of, you know), work in tandem with the car's front camera to anticipate bumps and flatten out the ride accordingly, and quickly jack up one side of the car and roll up any windows if an imminent T-bone collision is detected.

We can also see how the big Audi makes short work of getting around small, claustrophobic environments thanks to an army of cameras, sensors, beeps, and a set of rear wheels that can, at low speeds, turn up to five degrees in the opposite direction, cutting the A8's turning circle by over three feet.

If all of this looks like stuff you'd like in your motoring life and the prospect of dropping over $100,000 doesn't bust your automotive budget, the new Audi A8 is expected to become available within the next few months. For the rest of us, look for much of this tech to land in the Volkswagen Golf sometime in the not-so-distant future.