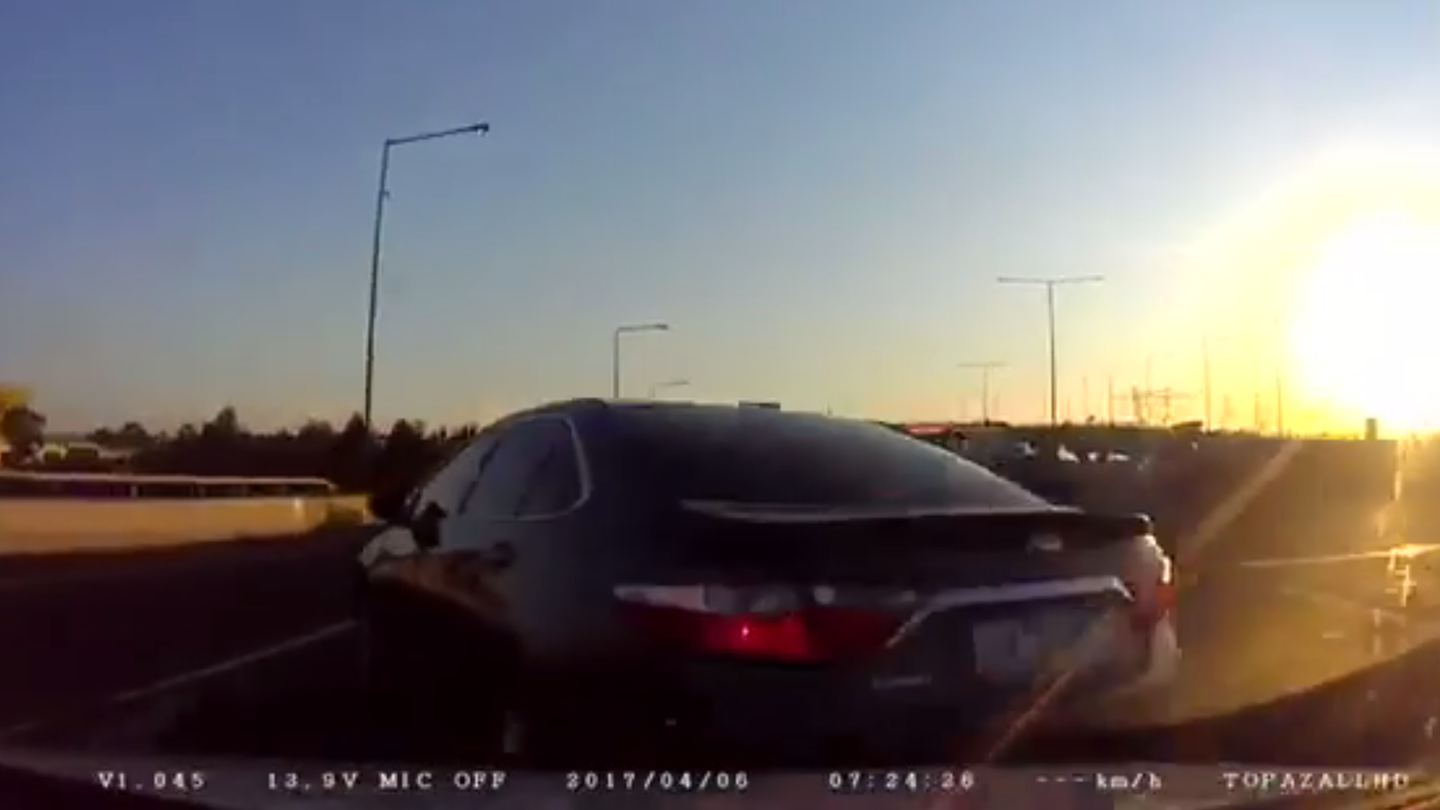 Maybe you missed the exit sign or perhaps you just can't get around the massive tractor trailer in the lane next to you. No matter how you slice it, you're boned if you don't make that offramp, so what do you do? Either miss your exit or endanger yourself and all the other motorists around you by crossing multiple lanes of traffic.

Which of those two options sounds better?

It is also worth mentioning that the sun was already inhibiting visibility on that side of the highway, making driving conditions dangerous way before the bonehead move. Poor conditions all around for cutting off two drivers in an attempt to reach the exit.

It makes one wonder if Eddie Izzard should be on SkyF1 instead of David Croft.