You've got three days left to put in a bid for this nano-Jeep. 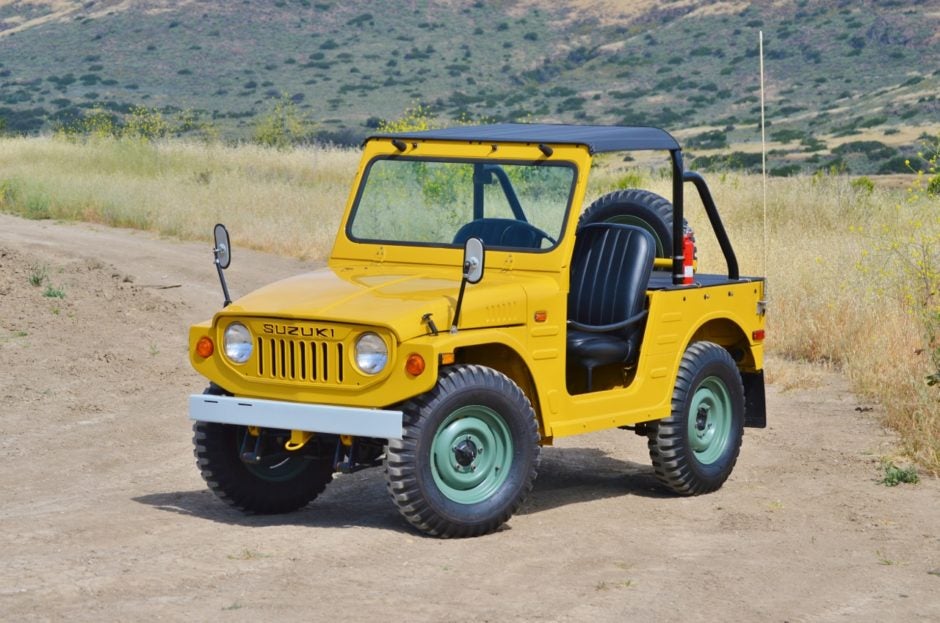 With a face that looks like a Jeep Wrangler and a name that calls the GMC Jimmy to mind, the Suzuki Jimny lends credence to the idea that Japanese automakers were copying western designs in their early years. It was Suzuki's first globally successful vehicle, and got their foot in the door in markets like Germany and Australia. It was derived from a small company Suzuki bought in 1968, called Hope Motor Company, who had built 15 micro SUVs called the HopeStar ON360. Suzuki appropriated the tooling for the ON360, and used it to make the Jimny between 1970 and 1981.

There were three engines available for the Jimny: a 359cc two stroke I-2, a 539cc I-3, and a 797cc I-4. The LJ10, the model with the 359cc engine, due to its length under 3 meters and engine capacity below 360cc, was classified as a kei car, granting its buyers tax benefits, and it became the first mass produced kei car to have 4WD.

Right now, a 1972 LJ20 Jimny is being auctioned off on Bring A Trailer. The Jimny was never officially sold by Suzuki in the United States, and according to the listing, this example is one of but approximately 800 imported to this country. It is not a concours piece, as it has seen some modification to make it a dedicated off roader. The spare wheel has been relocated from behind the seats to the tailgate, where it was not located from the factory to comply with kei car regulations. The roll bar and safari top, as fitting as they may look, are not factory, nor is the CB radio.

The current high bid sits at $14,000, which is pricey for a vehicle that won't be able to tow anything more than a Radio Flyer wagon with a maximum of two toddlers in it. Nevertheless, this little SUV instills a need to hit the Oregon trail in me. 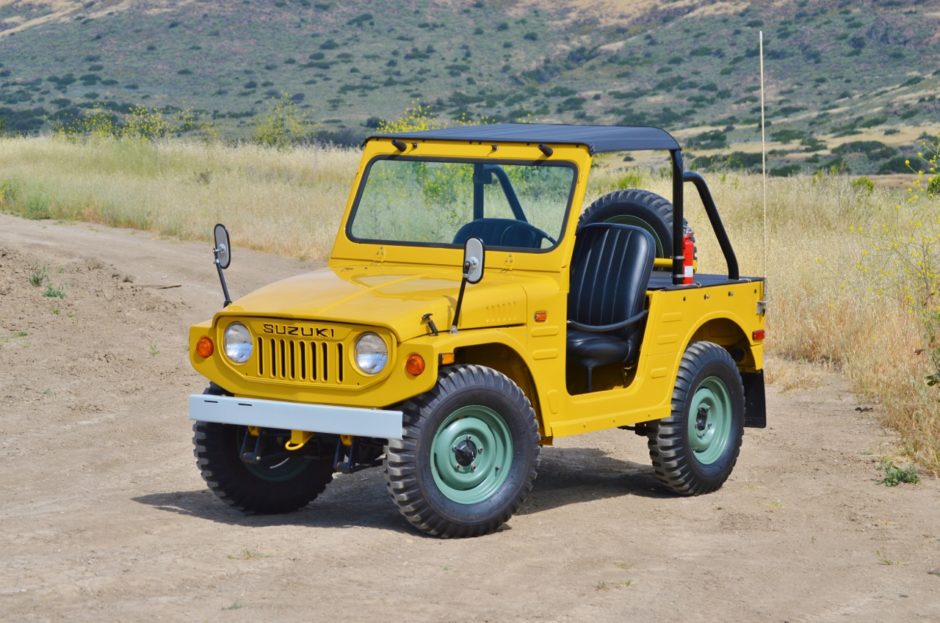 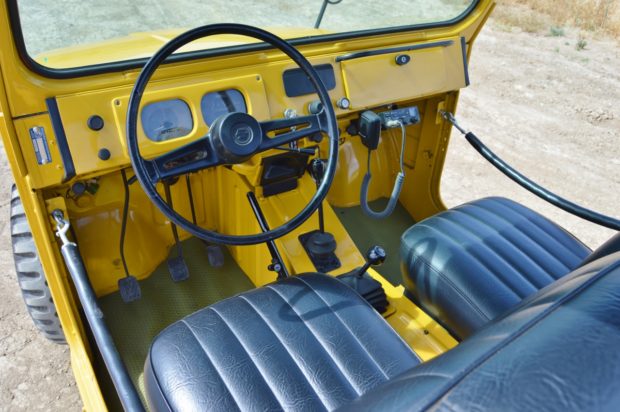 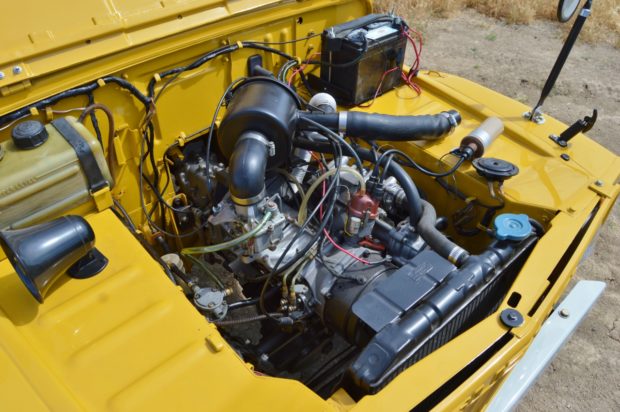 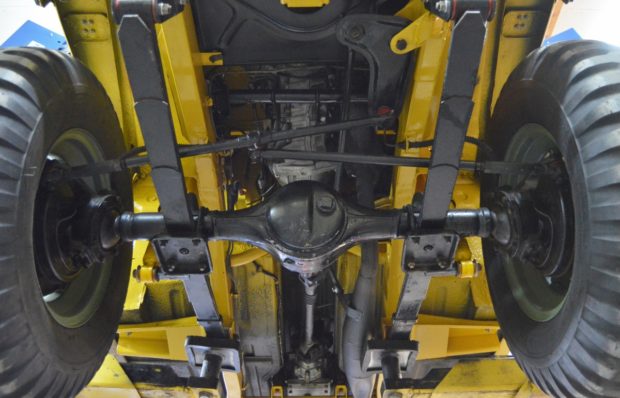 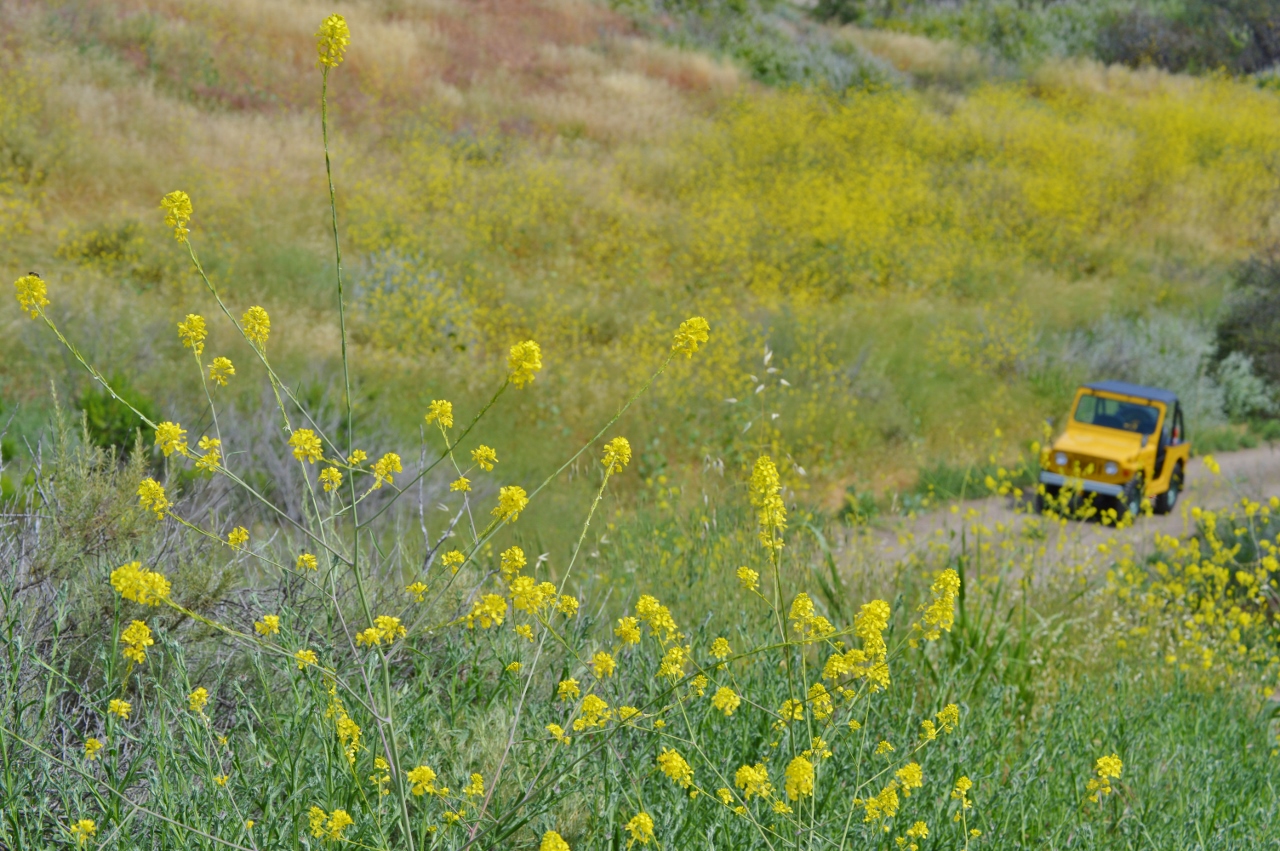