The Japanese automaker is banking on nostalgic appeal with the looks of this 60s-era model.

The copy for Suzuki’s new ultramini car, the Lapin LC, reads “While gathering everyone's gaze, I will run through the city." While this might sound a bit boastful on the surface, this little car has a high probability of drawing its fair share of attention. Compact and retro, the Lapin LC is the Japanese automaker’s latest offering and includes more features than its base version. And it's adorable.

The Kei class includes the smallest, lightest highway-legal cars on the market, and the new Lapin LC fits right in. Lapin is French for rabbit, and the car is intentionally designed with features that Suzuki describes as "small, round and cute,” like an animated bunny motif that pops when you start the engine. Even the engine, a 630 cc four-cylinder, is soft and light with only 63 horsepower.

Interior photos show the Lapin LC with a drawer-like cubby space filled with a box of tissues, a cup holder that pulls out from the dashboard on the passenger side, a paper-carton-compatible cup holder embedded in wood grain trim on the driver’s side, and a tray under the steering wheel. You could host an entire tea party in this vehicle.

Priced at 1.4 million yen (roughly $10,500), the LC version costs about $1,200 more than the regular Lapin. Adding to the appeal of the endearing Lapin LC is the selection of colors. In the upper X trim, it's available in Fawn Beige Metallic and Terracotta Pink Metallic, which come with a brown roof; Urban Brown Pearl Metallic and Nocturne Blue Pearl with a beige roof; and Trad Khaki Metallic with both roof options. It's also available in the light beige, blue, brown, and off-white colors in a single color all the way through. With the lower L trim, the car is offered only in solid colors.

If you remember the Suzuki Fronte 360 from the late '60s, this should take you back. It’s tiny and doesn’t have a lot of power, but the more-modern Lapin LC has more tech and features than its predecessor. Included with the Lapin LC are USB-A and USB-C ports, driver’s seat heater (passenger side is optional) and several safety functions like auto high beams, road sign recognition, hill hold, and something Suzuki calls “lightheadedness warning function,” which is the equivalent of a drowsy driver alert in the U.S. 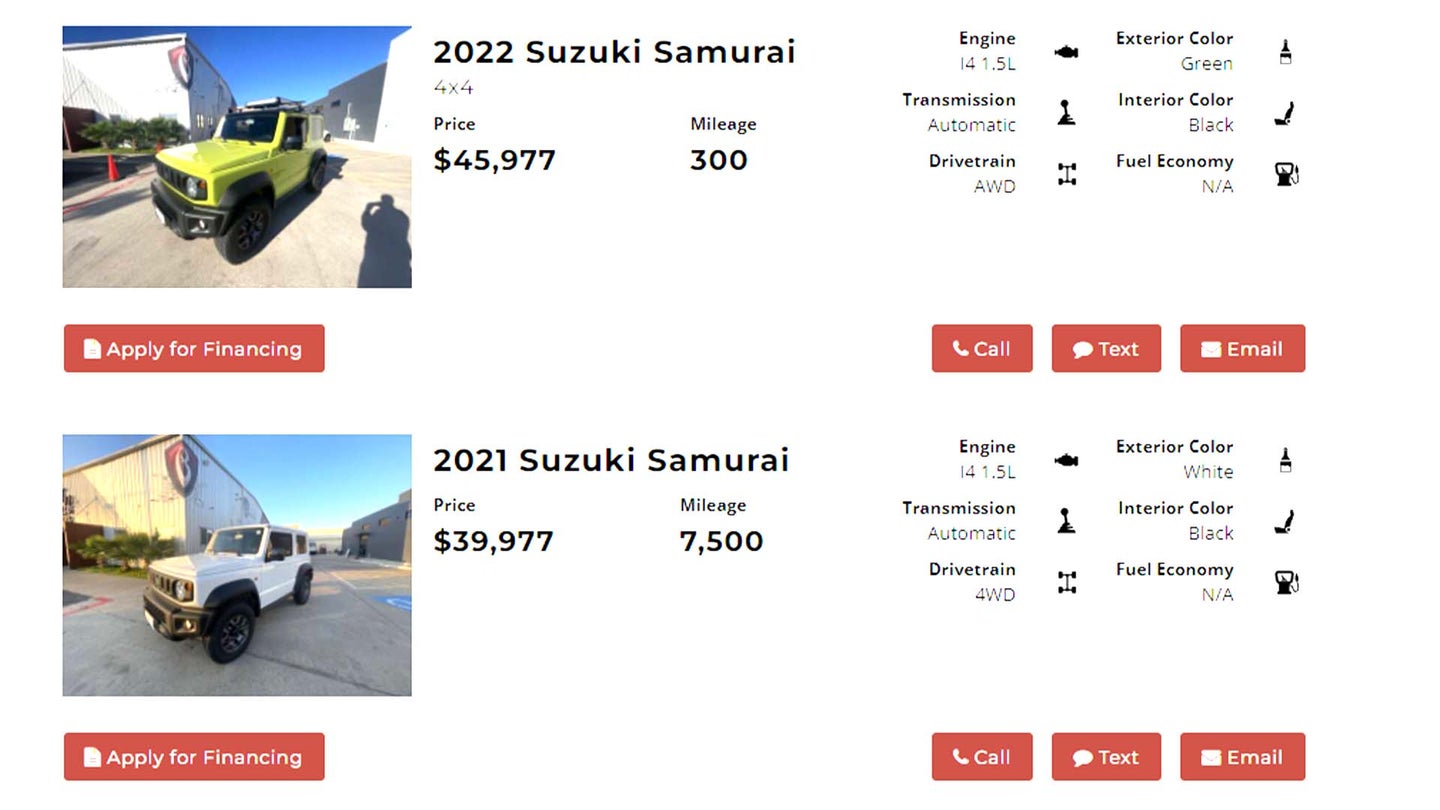 You Can Buy a New Suzuki Jimny at US Dealerships. Just Don’t Ask Too Many Questions

A few dealers had Jimnys listed for sale online, so we gave them a call. 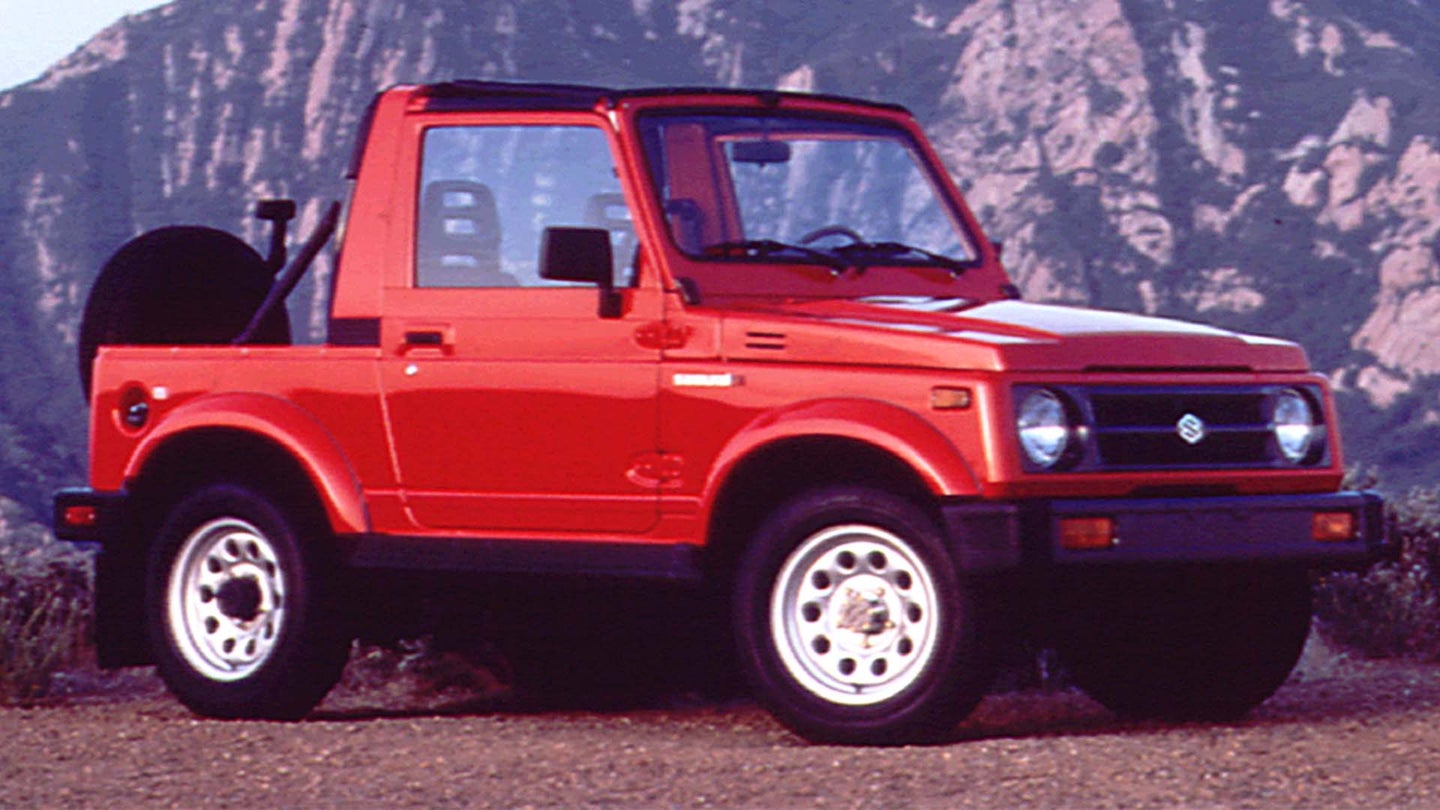 If you can find a clean one, you should probably snag it. 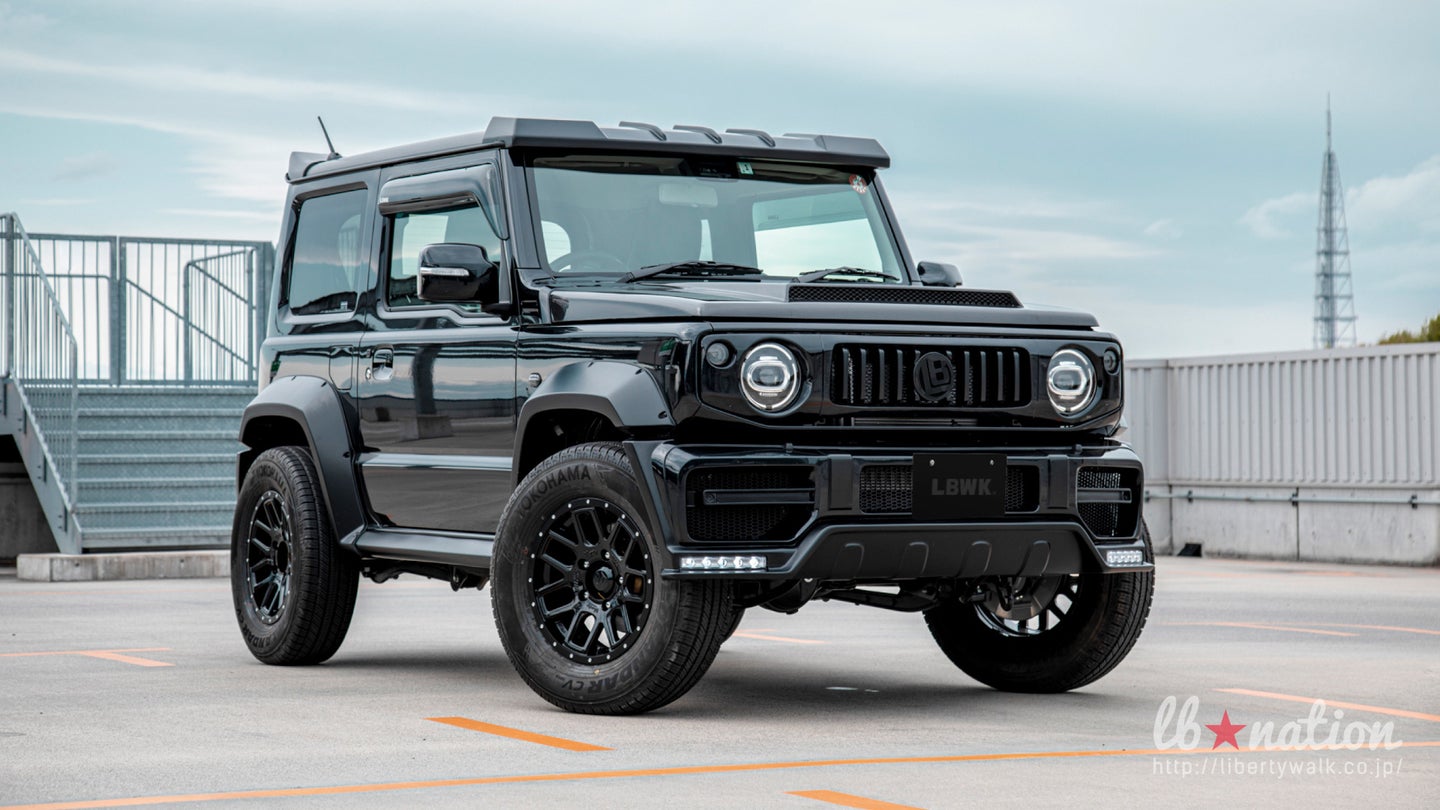