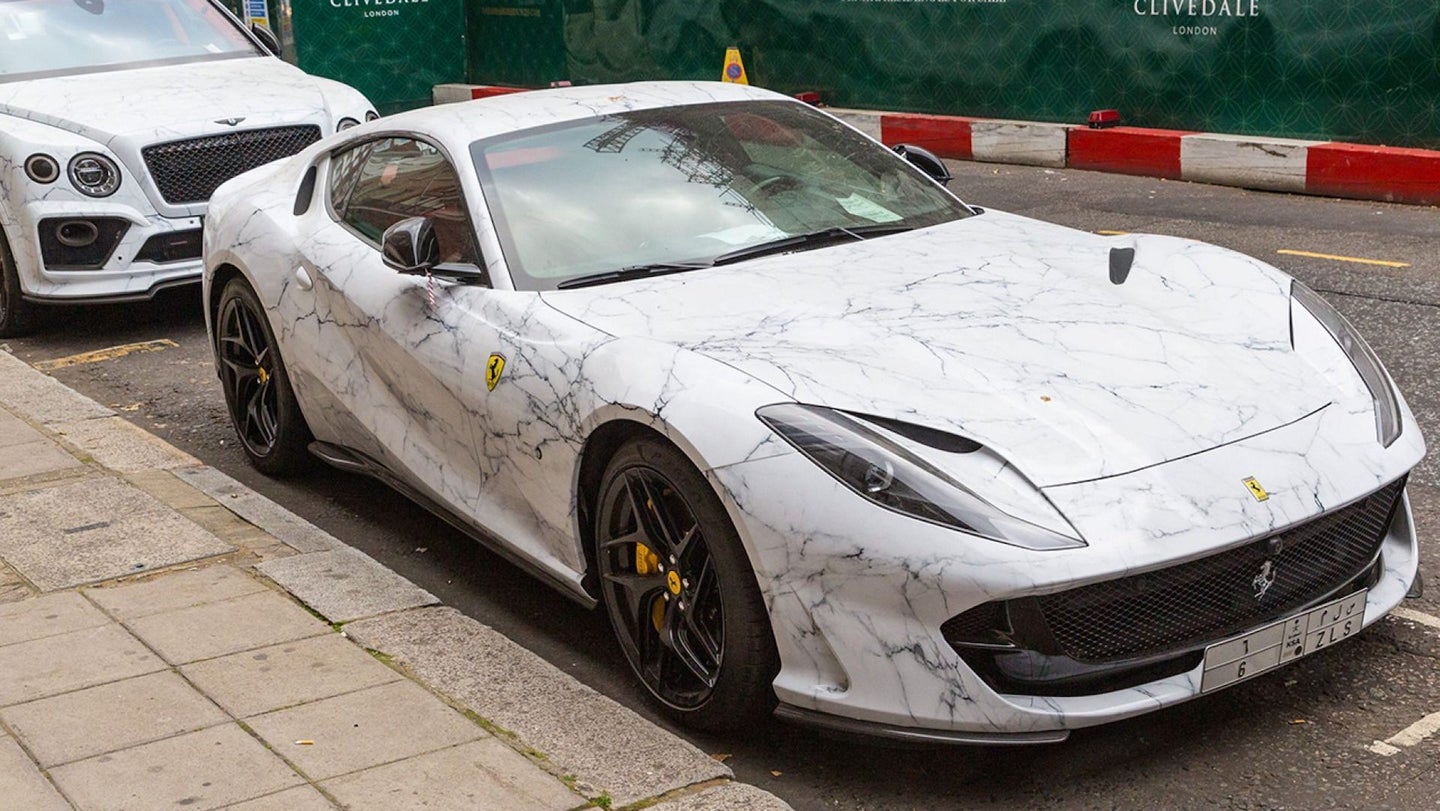 The mega-rich do with their supercars as they please, for better or worse. The owner of a Ferrari 812 Superfast and Bentley Bentayga SUV has had both vehicles vinyl-wrapped to look like they’ve been draped in white marble, perhaps the most blatant way to tell everyone in town that you're the most opulent and refined of them all. Better yet, they're just one of many who have turned to stone-style wraps to set their ultra-expensive machinery apart from all the rest.

As SWNS and Fox News report, both the 812 Superfast and the Bentley Bentayga were spotted on the streets of Mayfair in London, parked with another (non-wrapped) Ferrari and a Mercedes-AMG G-Class. The stone-like exotics wore Saudi Arabian license plates, supposedly landing in London after being flown in from Dubai. Many people from the area ship their cars over for use in the city during summer months when temperatures on the peninsula average over 100 degrees Fahrenheit.

Outside of West London, the internet is full of photos from people who have wrapped everything from the new Lamborghini Urus to a BMW E30 3 Series to look like a statue. There doesn’t appear to be universal approval for the wraps, though, as online opinions seem to vary depending on the vehicle.

Passers-by, however, were not impressed with the Bentley and Ferrari. “They look like the sort of sink you’d get in a gaudy hotel,” one person said, with another remarking, “Obviously the owner thinks they look fancy, but to me they look ridiculous.” If you’re going to wrap your car, marble makes about as much sense as any other pattern. In fact, the Bentayga pulls the look off with ease.

While it might not be everyone's cup of tea, this marble look is certainly better than the vibrant chrome wrap that every supercar YouTuber has plastered over their Lamborghini Huracan.

This guy’s got it all figured out.