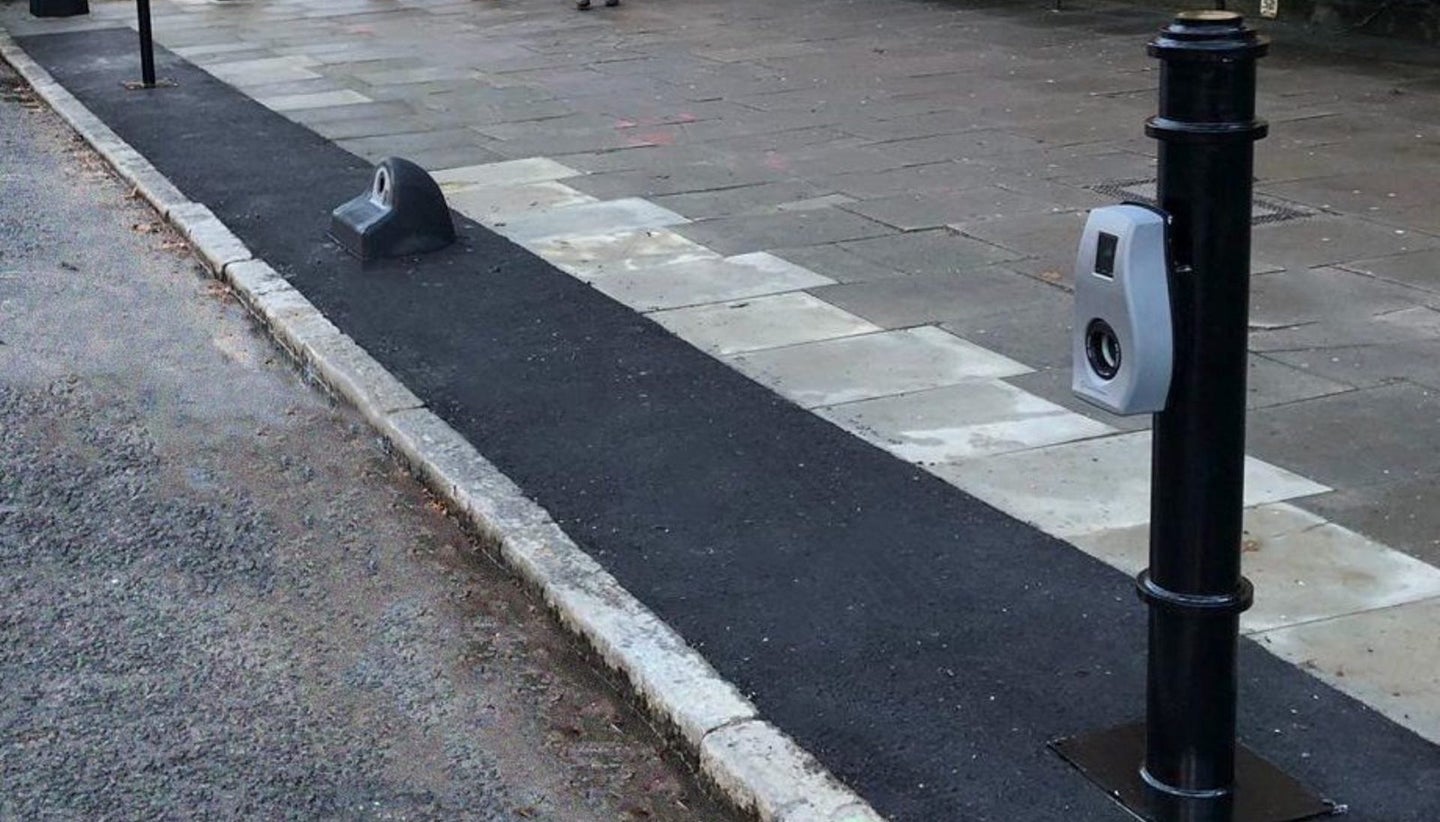 Aesthetically, Connected Kerb’s first charging point is impressively subtle, being installed directly into the sidewalk or onto an existing post on the pavement, you’d hardly notice it. The Southwark Council supported the company in its endeavor, with funding coming from both Virgin Media and National Grid.

In addition to minimal visual disruption, the charging point was constructed from recycled materials to minimize environmental damage. Perhaps most interesting is that these EV chargers aren’t merely capable of giving your car battery a boost, but have weather and traffic-monitoring capabilities and internet access built-in, as well.

Just how sophisticated those features actually are is yet unclear, but it’s a notable effort to make this more of a multi-purpose infrastructure technology on top of an already appreciated effort to reduce pollution. Ultimately, this first charging point is intended to draw attention and subsequent funding to the company’s mission of deploying a whole slew of these things across the city.

Agrawal had nothing but positive things to say about the Southwark Council and Connected Kerb’s work, expressing how exciting this “welcomed addition” to the city has been. The company’s chief operating officer, Paul Ayres, is adamant that nationwide EV charging infrastructure is “critical,” and that the United Kingdom is on the verge of an "EV revolution.”

Whether or not that turns out to be true remains to be seen, but the fact is that we’ve seen a wide range of major European cities turn toward EVs and the requisite infrastructure with increasing focus and attention in recent years. If London happens to serve as further inspiration and competition to get us there faster, Agrawal’s excitement will surely spread to the rest of us soon enough.