The professional drag racer reportedly required emergency surgery as a result of the violent crash, but appears to be in stable condition. 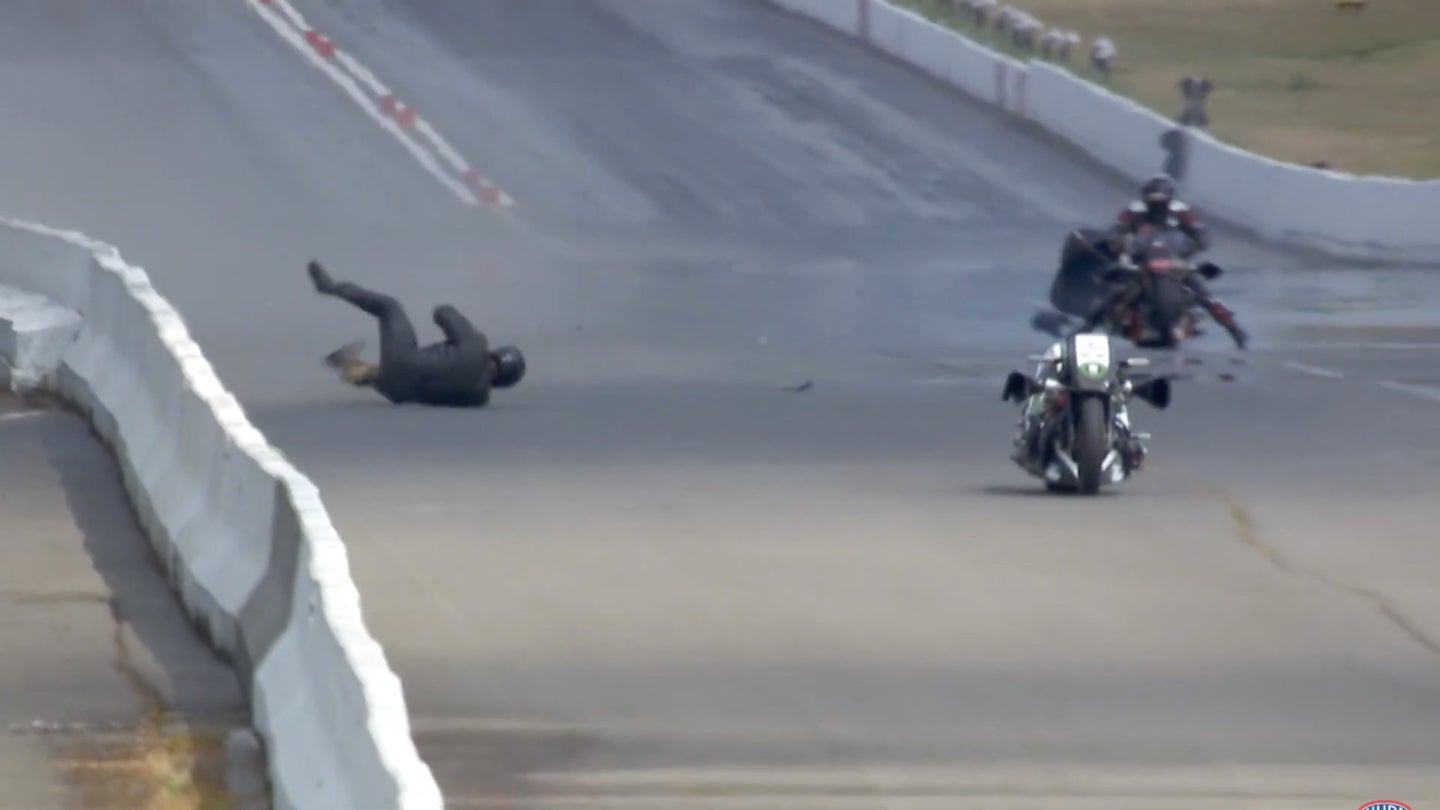 NHRA Top Fuel racer Beau Layne was hospitalized after losing control of his Harley-Davidson racing motorcycle during his qualifying run at the NHRA Northwest Nationals on Friday at Pacific Raceways in Washington.

According to reports, Layne made a pass at 215.86 miles per hour with his bike's front wheel in the air the entire way. Layne's handlebars were at a slight angle while up in the air, so when the front wheel touched the ground it caused him to careen across the drag strip and into the opposite wall. The young rider fell off the motorcycle as a result of the impact and had to be immediately helped by emergency crews.

Layne's collision was violent, but he stood up after coming to a halt to show that had no life-threatening injuries. Pain in his arm, however, meant that Layne was sent to a nearby hospital according to Autoweek, where he reportedly went into surgery. Though his current condition is not officially known, Layne's fellow NHRA competitor Ron Capps detailed Layne's injuries in a video posted to social media.

"Beau took a wild ride, right into the wall, from one lane into the other, and he's got most of the skin and the tendons scraped off down to the bone," Capps explained. Despite the severity of this injury, Layne, who sits second in the NHRA Top Fuel Harley standings, is allegedly aiming to compete at the Chevrolet Performance U.S. Nationals at the end of August.

"So, went into surgery today, talked to him and his wife, and the dude's an animal. He's talking about even being in Indy, which...I don't know how he's gonna do that," Capps concluded.

The Drive contacted Nitro Layne Racing for an update on Beau Layne's condition, and we will update when we receive comment.

Who knew racing mountain bikes down a glacier could be a bad idea?