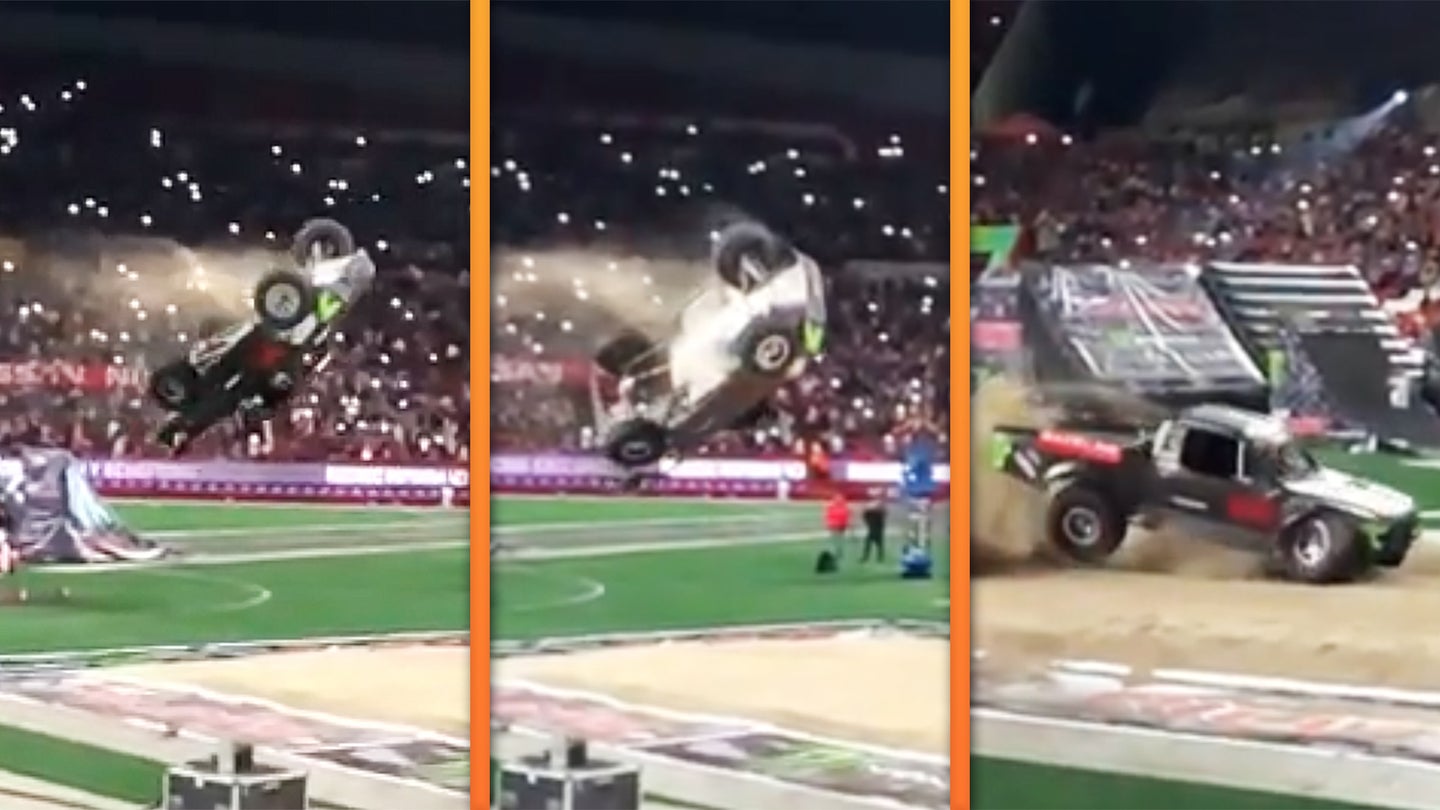 Successfully performing a vehicular barrel roll is no easy feat. To make it happen without a crash or anyone getting injured, it typically involves loads of planning, science, and calculated risk. At events like the Monster Energy XPilots World Freestyle Motocross in Monterrey, Mexico, there typically isn’t much time to plan for such stunts. But somehow, competing driver Donovan White was able to make the magic happen on a whim at this year’s event and the results are completely rad.

The XPilots competition is essentially a freestyle stunt driving event that typically involves crazy acts performed with professionally engineered, purpose-built trophy trucks and dirt bikes. White is a frequent racer in the annual Baja off-road contests, so he's got plenty of experience in this type of machinery.

The short video, compliments of Rotation Motorsports’ Instagram page, captures the moment where White jumps the Ford Raptor-bodied truck off a ramp and nails the move without issue.

The landing isn’t exactly picture perfect; as you can see, it landed just on its rear driver-side axle before jostling about and coming to a stop.

We're just glad we don't have to go through the anxiety and discomfort of pulling off such a high-stakes maneuver. Any barrel roll stunt in a four-wheeled vehicle where it lands right-side-up with minimal damage is a success in most people’s books, especially when you consider the circumstances in which it was done.