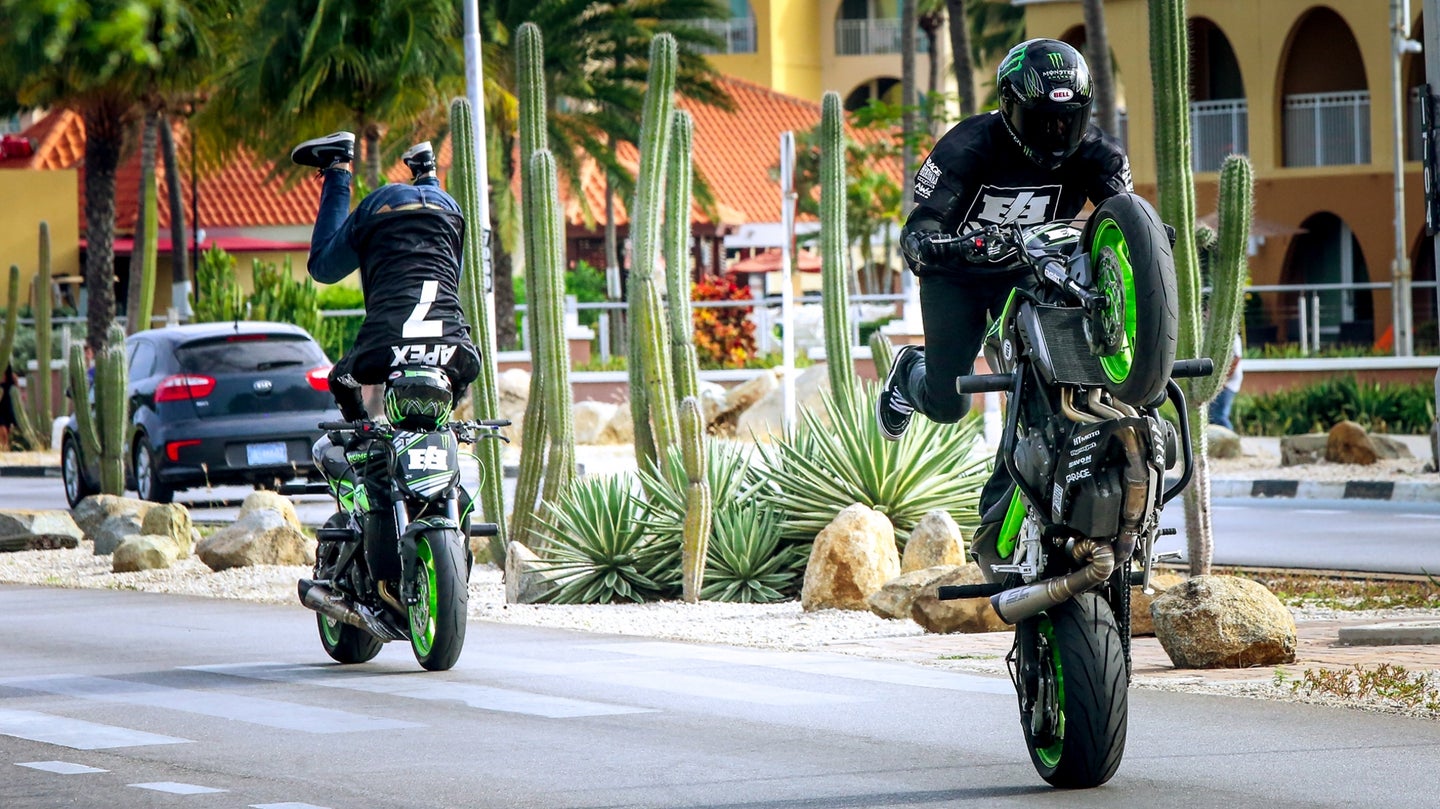 Monster Energy in partnership with Triumph just dropped the third installment of the “City is my Playground” series in which stunt riders ride motorcycles through different cities showing off the local culture and of course some insane stunts. The newest one takes place on the Caribbean island of Aruba and it gets pretty crazy. Take a look for yourself.

The riders are Nick “Apex” Brocha and Ernie “EDub” Vigil. Brocha is a national and freestyle champion who holds more than 25 first place race finishes. He can also be seen in the Car VS Bike Drift battle video series. Vigil has experience as both a racer with over 15 first place finishes and as a Hollywood stunt double. According to Icon’s website, “Ernie has been drifting so long he can barely walk a straight line.”

These nutjobs are riding a pair of Triumph Street Triple 765 RS motorcycles which are modified for their shenanigans with things like hefty frame sliders in the almost inevitable event that the bikes get spilled while doing these outrageous stunts. A stock Street Triple RS cranks out 121 horsepower and comes equipped with Brembo brakes, Showa forks, an Öhlins STX40 adjustable rear monoshock, and a track mode.

Obviously, we’d encourage you not to try the stunts you see here at home. These are professionals who specialized in two-wheeled insanity and we don’t think the local authorities would appreciate such tomfoolery outside of a closed course. That said, the Triumph Street Triple 765 RS is an excellent bike not only for this kind of thing but for enthusiastic street riding while looking cool doing it.