Triumph's lineup is stronger than ever and Sturgis will be a great opportunity to check it out. 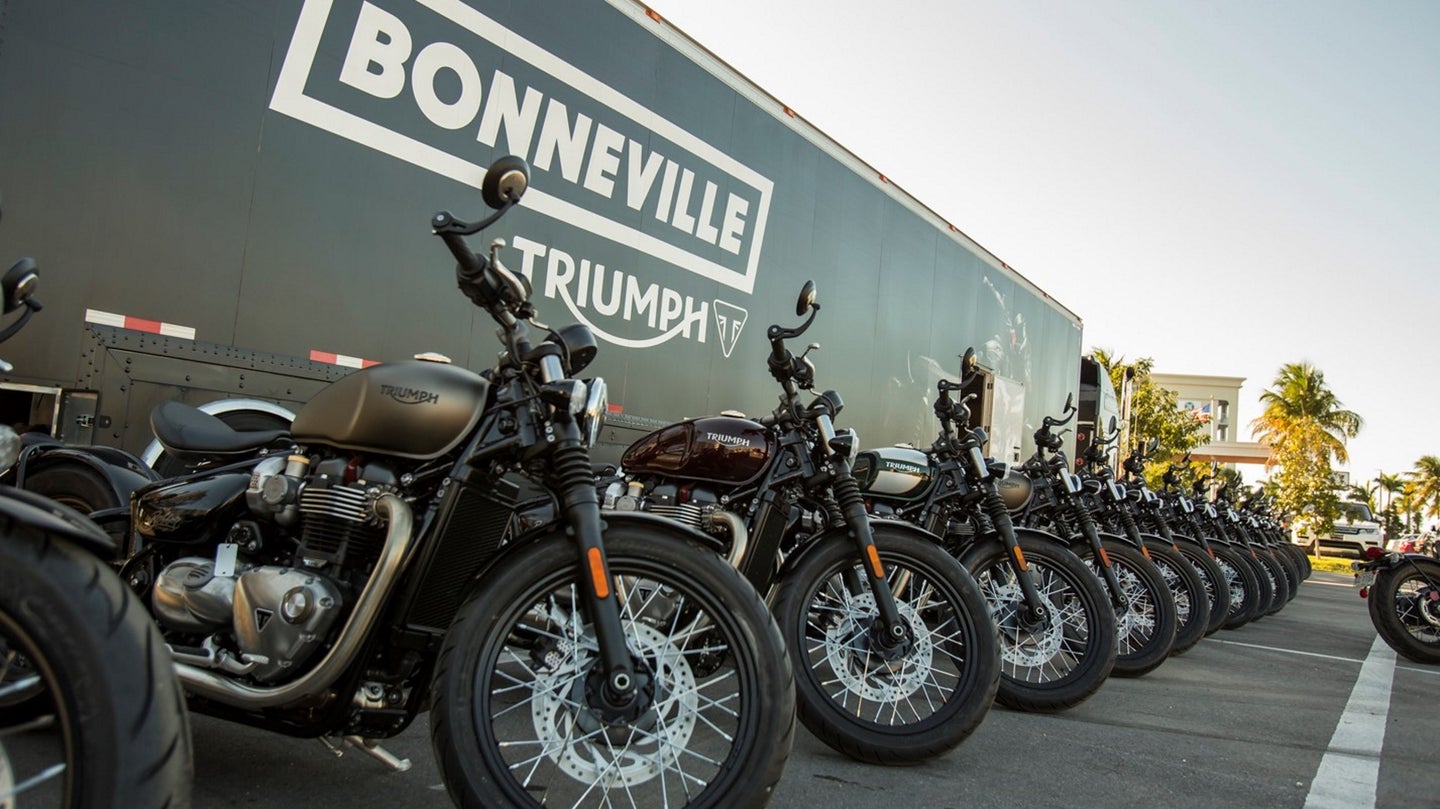 When you think of the annual Sturgis motorcycle rally in South Dakota, you might think of big, loud, American cruisers, and rightly so. However, that doesn’t mean it’s an event that’s exclusive to the home teams. British motorcycle giant Triumph will have a presence at Sturgis in partnership with its newest dealer, Triumph Rapid City, South Dakota.

Triumph is going to offer demo rides of the full line of 2018 Triumph motorcycles. There’s quite a bit that’s new for Triumph for 2018 like the new Bonneville Speedmaster which, as a Harley-Davidson Sportster competitor, will be right at home at Sturgis. Also new for 2018 is an all-new Tiger and a refreshed Speed Triple.

Speaking of the Tiger, Triumph is bringing the Tiger Tour Oshkosh M10 which is a big, bad, military-looking truck that’s as rugged as the adventure bike it carries. It will be accompanied by the Bonneville Big Rig which is a huge truck that carries the ever-growing Bonneville lineup which includes the T100, the T120, the Bobber, and the Speedmaster.

If you’re going to be at Sturgis and you’ve been itching to see what’s new from Triumph for 2018, you’ll have your chance to see the bikes, ask questions, and even take them for a spin at Rice’s Rushmore Motorcycles.